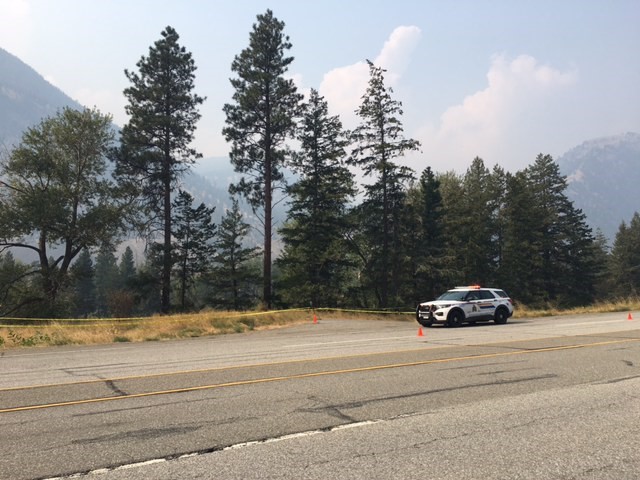 It’s been one week since police shot two people at an unincorporated campsite near Keremeos, B.C., killing one man and seriously injuring a woman.

Immediately after the incident, residents in neighbouring trailer parks raised several concerns about the area where the incident unfolded.

The area is a popular spot for squatters.

“There’s a lot of people worried about their security with having transient people here. I don’t want to call it bad; most of them are pretty nice when we talk to them,” Keremeos resident Steve Bates told Global News on Sept. 14.

“It’s kind of surprising that it goes to that level and it was a little disconcerting.”

“There’s been a rash of crime over the last few years, and it feels to be escalating. I don’t know why,” said Chadsey.

Tim Roberts, who is the area director for Rural Keremeos, says unincorporated camps have been top of mind well before the incident occurred.

“Those particular residents and in that particular area specifically, we’ve already started a conversation and I’ve made a promise that I would try and connect with the different ministries who are responsible for that particular ground,” said Roberts.

“We need to see whether or not we can have like a forest service-type camp that would at least have an outhouse and somebody that can regularly check. Then we can also have people move on every so often.”

According to residents, the pair who were shot by police lived in that area for nearly two years. But according to Roberts, that is well over the time allowed.

“In regard to the Ministry of Transportation, it’s usually every two weeks and then people are supposed to move on,” said Roberts.

The land, which is located along Highway 3A, is owned by the crown and crosses over several ministries, meaning enforcement becomes less frequent.

“Who really has the jurisdictions, is the Ministry of Transport part of the land? Is Forestry the other? And also, we are in the unseated territory of the Syilx people and we need to involve them in the discussion,” said Roberts.

He went on to say that the community has noticed an uptick of people living in these unincorporated areas over the last couple of years.

The issue, he added, is especially complicated as people live off the grid for a variety of reasons.

“We have an expansion of our … fentanyl crisis, dealing with drugs and the mental health aspect where people end up living in shanty situations. We also see people that make a choice, they decide to live in these areas to be separate from society whether or not it’s a political or personal choice,” said Roberts.

“And then we have with the ever-increasing amount of people that it’s an economic necessity.”

Roberts, who is also a paramedic, says he often comes across transient people living off the grid who don’t have access to proper sanitation support, water, or means of communication.

“I roll up to people who are at the end of some forest service road or the back of some farmland in a dilapidated trailer in some type of health crisis,” said Roberts.

“They are isolated, alone. Rurally I think we can call it our unseen homeless. Here you are off the beaten track, and no one sees you, but you have value. A lot of the time it’s a crisis that goes unnoticed.”

He says moving forward it will take a joint approach between local officials and the provincial government to help find solutions.

“I think the important part is that we have to look at a governing tool in regards to the mechanisms that provide support and funding in these multi-jurisdictional areas because it is a challenge,” said Roberts.

Global News did reach out to the Ministry of Forest, but they declined to comment.

1:42
Village of Keremeos wants to ban camping at unsanctioned site

With a successful AirPods line, it’s only natural for users to wonder when Apple will release a new generation of the AirPods, AirPods Pro,...
Read more