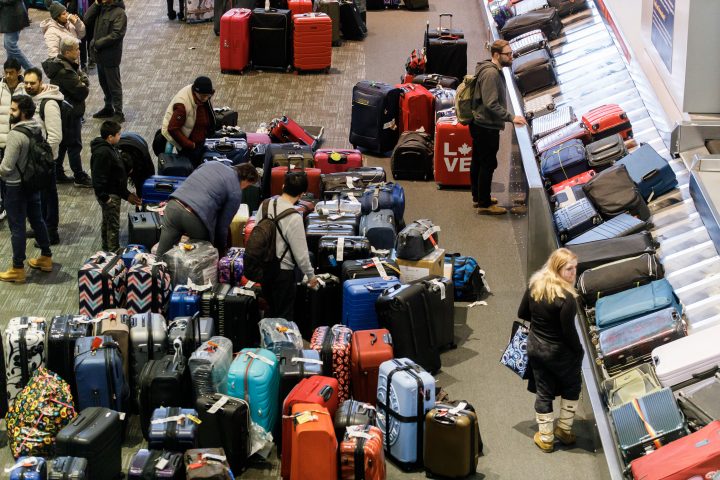 Police in Kelowna are looking for the public’s assistance in identifying a woman allegedly involved in a brawl at a Kelowna comedy show last fall.

The violent altercation took place at the Steve-O show at the Kelowna Community Theatre on Oct. 28, 2022.

The alleged assault happened after two women told another woman to lower her voice before the performance started.

Global News spoke to the victim’s mother in the days following the fight and agreed to shield her identity for safety reasons. She said during the exchange the two people called her daughter and daughter-in-law vulgar names and threw a drink in their faces. That’s when the attack started, she said.

“This large blonde woman leaps over the seats from behind and began to start pummelling. First, my daughter hit her twice. At that point, she bent over and as she called it, ‘turtled’, to try and protect her face because her nose had been broken,” the mother said.

“This girl turned on my daughter-in-law who was right next to her and basically had her trapped in her seat and proceeded to start pummeling her.”

Shortly after the fight broke out, security guards went over to intervene and escort several people out of the theatre.


Kelowna RCMP would like to identify the woman wanted for an alleged assault.

In videos from the night of the show, there was another fight involving two males. Crimestoppers says the fights caused several non-life-threatening injuries.

“Police request any onlookers who have video of the melee contact the investigating officers,” said Crimestoppers in a release.

In the days following the initial incident, the mother pleaded with the public to help identify the woman who left her daughters injured and severely traumatized.

“If you know this girl, for the sake and well-being of people in this city, someone come forward with her name, please,” she said.

Anyone with information is asked to contact Central Okanagan Crimestoppers at 1-800-222-TIPS (8477) or online at crimestoppers.net.