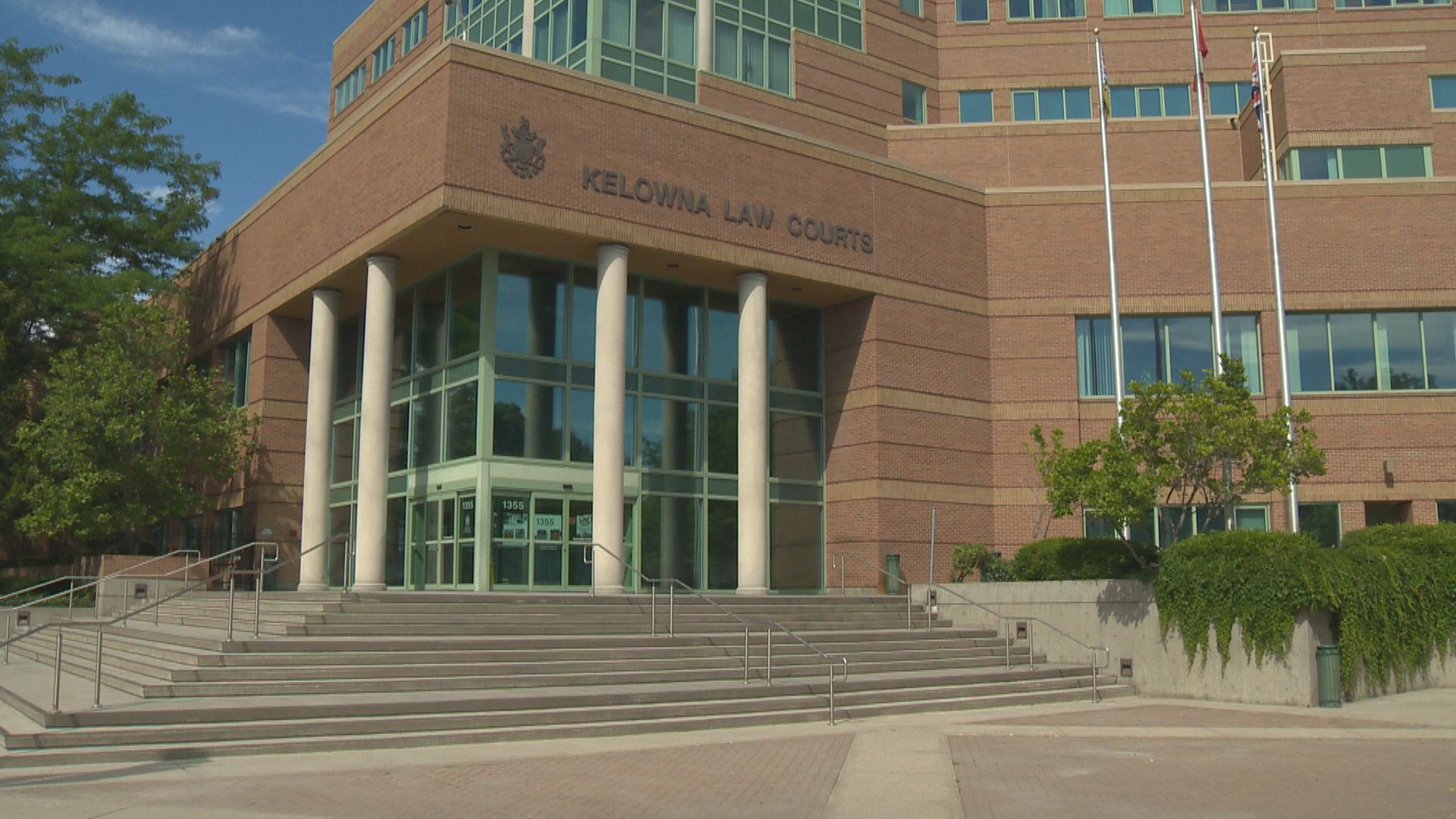 The ongoing trial for the alleged 2020 assault by Kelowna, B.C., RCMP officer Siggy Pietrzak has resumed. Pietrzak took the stand again Tuesday and Wednesday in his defence.

In the May 2020 incident, officers responded to the call of an intoxicated man. Two officers were first dispatched to the scene and Pietrzak was called for backup.

The arrest was caught on video and partial footage of the incident appears to show Russell struggling with two officers before a third officer runs up and strikes him repeatedly.

Pietrzak appears to be throwing punches in what was called a violent arrest. Pietrzak is accused of one count of assault on Tyler Russell.

Pietrzak first took to the stand Tuesday and testified that he didn’t communicate with other officers because he thought a quick response was required.

His initial plan was to run behind Russell and lift his leg up but, he had to abandon that plan. Pietrzak testified he was trying to imbalance Russell with distraction strikes — not deliver a powerful punch.

Pietrzak was under cross-examination Wednesday with Crown counsel questioning the communication between officers on scene.

The Crown asked Pietrzak why he did not indicate to dispatch that officers were being assaulted and ask for further backup. And whether that was because Russell was not actually assaulting officers.

The cross-examination included the training he had to undergo when he joined the police, specifically when officers are taught to use soft or hard control techniques, and if training tells members to deviate from it and use harder strikes or punches in assaultive situations.

The Crown questioned the injury Pietrzak sustained on his hand from the incident as he claims he wasn’t striking Russell with a lot of force. The Crown suggests the injury would’ve been from Pietrzak throwing powerful punches to Russell’s head.

The court reviewed the video of the incident again Wednesday, asking Pietrzak if it was visible from his angle that Russell was in assaultive behaviour. He testified that Russell was not yet restrained when he arrived on the scene and knew other officers needed his help. This is why he went for distraction strikes that resulted in multiple hits to Russell’s head.

The trial will resume again Thursday morning and a ruling is not expected until December.