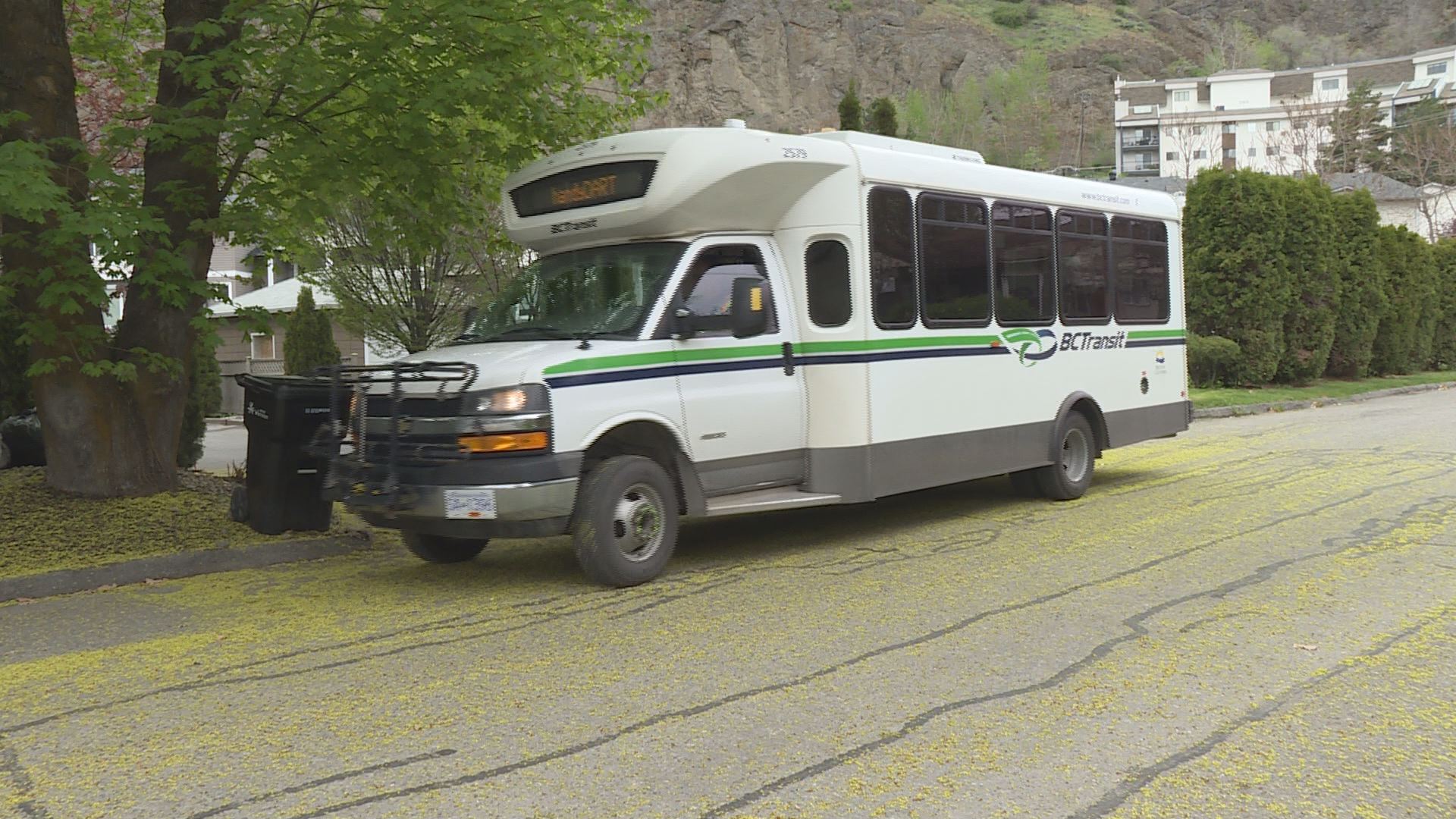 Fighting for their 12-year-old son Callum has become a way of life for Osoyoos, B.C., couple Leanne Scott and Dale Fuhr.

Callum was diagnosed with a rare genetic disorder called PURA syndrome, which, according to his parents, affects fewer than 500 kids worldwide.

Callum also suffers from epilepsy and seizures and deals with scoliosis.

“He is wheelchair bound, he cannot stand or walk, he’s diapered so that means he needs 24-hour cognitive care, and he is non-verbal,” said Scott.

In order to better care for their son, the family relocated from Regina to Osoyoos, and the pair left their respective careers to become full-time ABM neuromovement practitioners.

“The cold weather in Saskatchewan, unfortunately, was very difficult for Callum’s system and the wheelchairs don’t go very far in snow so, we typed in ‘warmest place in Canada’ and found Osoyoos,” said Scott.

But as Callum grows, so does the need for new equipment.

The family says they need house lifts, one for his bedroom and another for the bathroom as well as home and vehicle modifications.

“We have been able to, up until this point, care for Callum. Lift him in and out of the bed, lift him off the floor, lift him into his chairs — but he’s getting difficult to care for on a daily basis,” said Scott.

Currently, the family drives a standard minivan that doesn’t provide the privacy and space they need to change Callum, who relies on diapers.

“We’ve literally had to pull over and we find our nicest places that we can, but there are times that that he has literally been changed on the side of the road,” said Scott.

“It’s not only not safe as cars are flying by, but it’s zero dignity to be naked on the side of the road.”

Without the new equipment, the alternative is group home housing which the family says is unimaginable.

“He’s very joyful, he’s very funny and sweet and affectionate and he aches to be near people. He gets excited to be near us, to be around us. I can’t even imagine him in care, it’s beyond my capacity,” added Scott.

“All children should be able to stay with their parents. He’s a 12-year-old little boy; he shouldn’t have to go into care.”

The couple has looked into provincial grants and funding, but say the new equipment isn’t covered.

“As we started going down this path of discovering what equipment is covered by our medical system and by the government per say, we realize there’s some gaps,” said Fuhr.

They are now reaching out to the community in hopes of raising enough money to purchase the equipment.

They have launched a GoFundMe with a goal of $300,000. As of Thursday evening, over $20,000 has been raised and a local foundation has donated one piece of equipment.

“We have had a family foundation here in Osoyoos, called the Herrendorf foundation — they heard about our story through chit-chat around town and Kasondra Cohen from Herrendorf has decided she is going to purchase a lift for our home,” said Scott.

Fuhr and Scott say they are overwhelmed with the amount of support they have received so far.

“We will make it happen. We are Callum’s team and the people that we have around us,” said Fuhr.

“The fundraiser that was at AG Foods was amazing, just to meet all the people that know Callum. He knows more people around town than I do.”

Although the goal is intimidating, Scott and Fuhr said they won’t stop until their son has his basic needs met.

“It’s an odd thing to ask for help for your son, for your family,” said Scott as she fought back tears. “You feel like you should be able to do it, and we will do it, but we have had to reach out for support because it’s just not covered.”

1:56
North Vancouver man pleading with ICBC to reunite him with his family

North Vancouver man pleading with ICBC to reunite him with his family – Jul 28, 2022

Steve Case is trying to make money with founders outside Silicon Valley; his plan is starting to work

Steve Case, the cofounder of America Online, the investment firm Revolution, and its offshoot seed-stage arm Rise of the Rest, has a new book...
Read more