Kathy Hochul sworn in as elected New York governor: ‘Some fights we have to take on’ 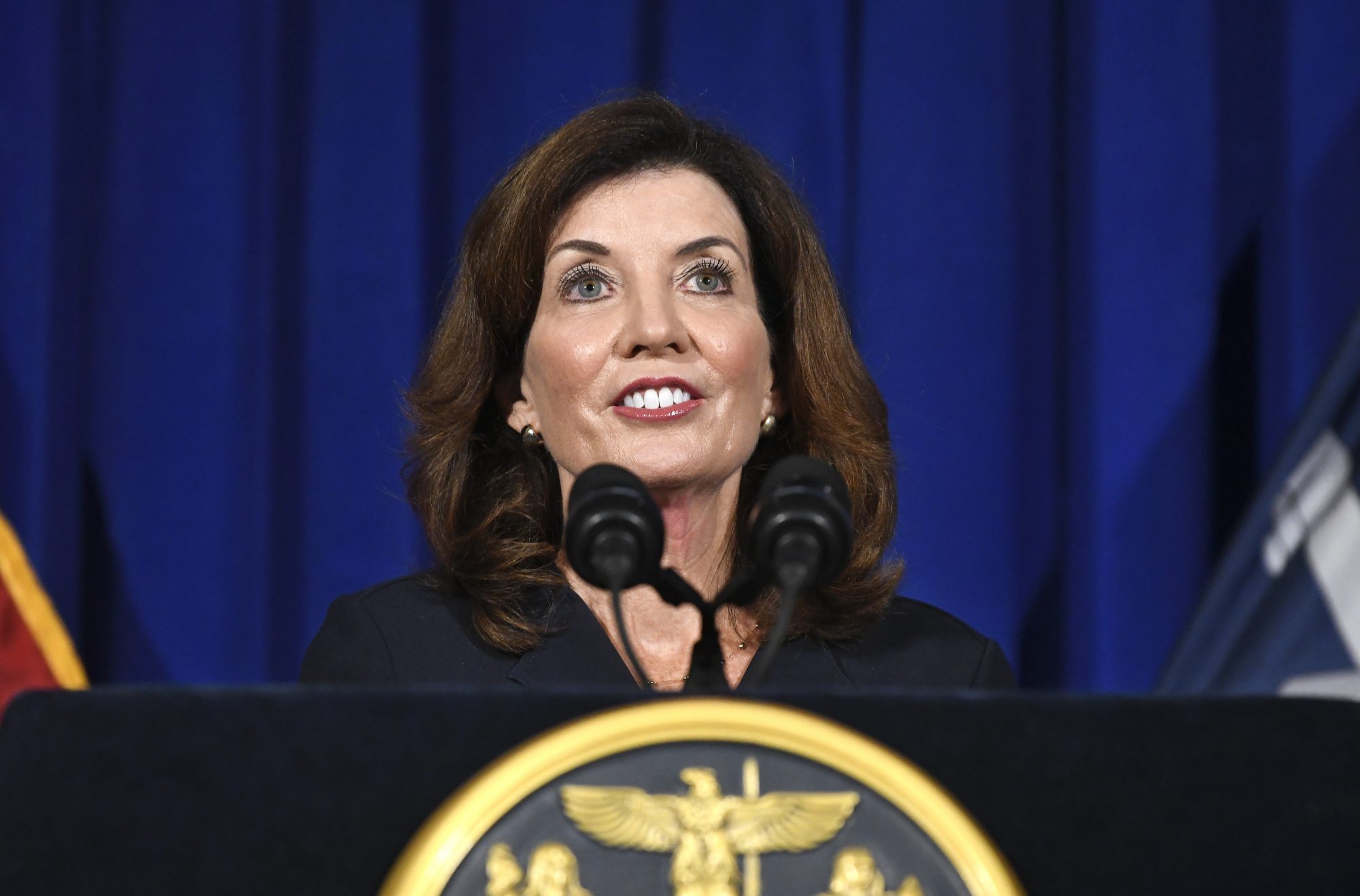 New York Governor Kathy Hochul was sworn in for her first elected term on Sunday, making history as the first woman elected to the position in the state.

The Democrat, launching her term as the 57th governor of New York, said her goals were to increase public safety and to make the state more affordable.

“Right now there are some fights we have to take on,” Hochul said after taking the oath of office at the Empire State Plaza Convention Center in Albany. “First we must and will make our streets safer.”

A native of Buffalo, Hochul, 64, defeated Republican congressman Lee Zeldin, an ally of Donald Trump, in November’s election to win the office that she took over in 2021 when former Gov. Andrew Cuomo resigned.

A former congresswoman, she served as Cuomo’s lieutenant governor before taking over in August 2021 and has tried to cast herself as a fresh start from Cuomo. He resigned amid sexual harassment allegations, which he denies.

During her time as governor, New York passed some of the strictest gun laws in the nation, some of which are experiencing court challenges.

Delgado, a former Democratic U.S. representative who identifies as Afro-Latino, took over the position as lieutenant governor in May after Brian Benjamin resigned, and said he couldn’t “wait to get down to business” of “transparent” and “accountable” government.


New York Attorney General Letitia A. James, 64, also took oath Sunday for her second elected term in the position. She made history in 2018 as the first woman elected as the state’s attorney general and the first Black person to serve in the role.

“Four years ago I made a commitment to make this office a force of justice. I promise to fight for all New Yorkers, regardless of your political affiliation,” James, of Brooklyn, said.

Comptroller Thomas DiNapoli was sworn in for his fourth term. “We continue to live in a time of unprecedented challenge of evil and economic uncertainty. But we New Yorkers are resilient,” he said.

Maysoon Khan is a corps member for the Associated Press/Report for America Statehouse News Initiative. Report for America is a nonprofit national service program that places journalists in local newsrooms to report on undercovered issues.