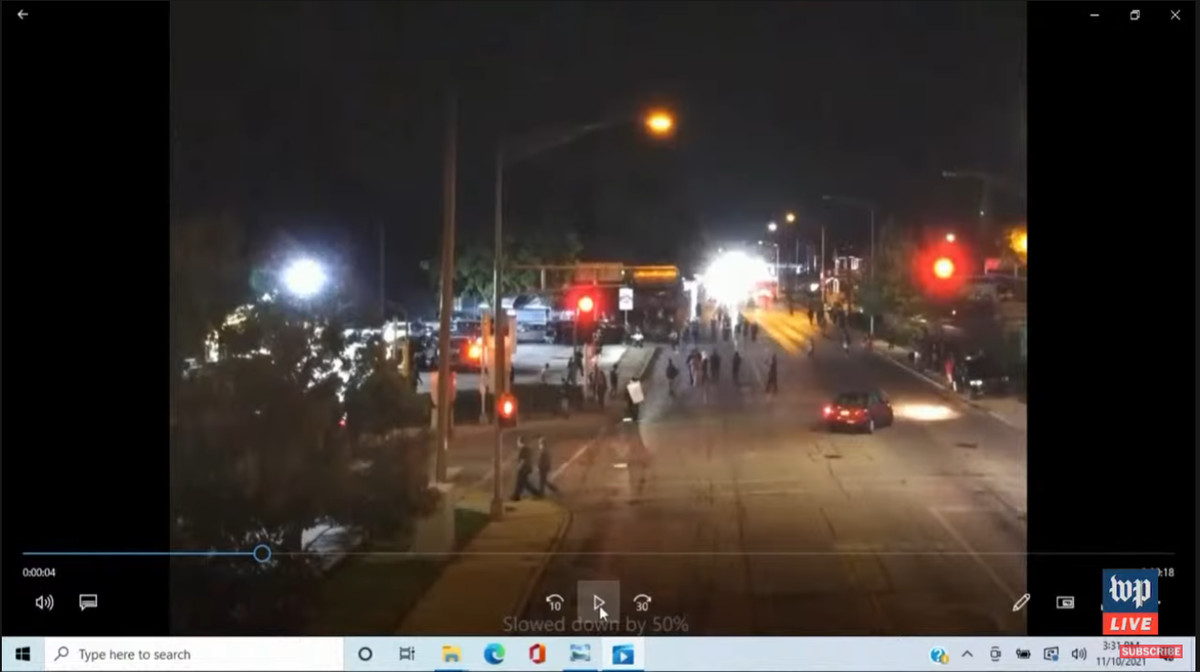 As Kyle Rittenhouse took the stand to answer questions about the sequence of events before he shot and killed a man in Kenosha, Wisconsin, the jury was forced to watch the video evidence play out in miniature — because Rittenhouse’s defense lawyer came up with the wild notion that Apple has “artificial intelligence” that manipulates footage when you pinch-to-zoom on an iPad, and Judge Bruce Schroeder totally bought into that possibility.

“iPads, which are made by Apple, have artificial intelligence in them that allow things to be viewed through three-dimensions and logarithms,” the defense insisted. “It uses artificial intelligence, or their logarithms, to create what they believe is happening. So this isn’t actually enhanced video, this is Apple’s iPad programming creating what it thinks is there, not what necessarily is there,” they added.

While it’s unclear from a full video of the proceedings (via The Washington Post) whether the judge actually prohibited the prosecution from using an iOS device or otherwise zooming into the footage, the result was the same: instead of using an iPad, the jury wound up watching the original, zoomed-out clips on a Windows machine hooked up to a large TV in the courtroom. The images didn’t fill the TV’s entire screen.

Judge Schroeder argued that it was the prosecution — not the defense — that had the burden of proving that Apple doesn’t use artificial intelligence to manipulate footage, demanding that they provide an expert to testify, and didn’t allow the prosecution to adjourn to find that expert before bringing Rittenhouse up for cross-examination. The judge suggested that prosecutors could somehow find that expert in 20 minutes while they took a brief recess. “Maybe you can get someone to testify on this within minutes, I don’t know,” said the judge. No such expert was there by the time the trial resumed.

While the nature of reality with regards to digital images is thorny when it comes to things like color, digital image scaling is fairly well understood.

There are six criminal charges against Rittenhouse in connection to the shooting in Kenosha. He’s accused of killing two people.

Apple didn’t immediately respond to a request for comment.