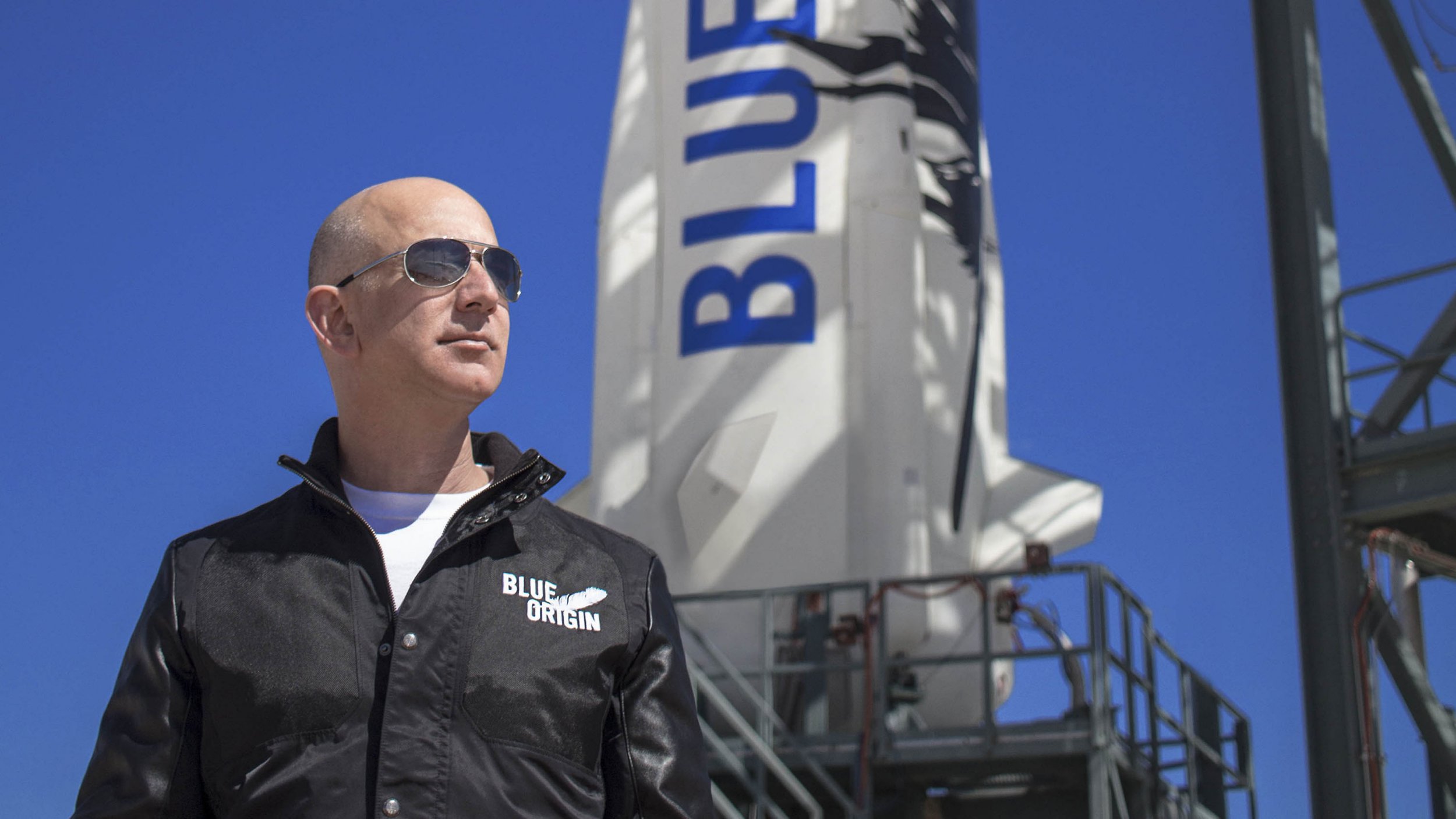 The billionaire race to space has shifted in Musk’s favour as a US federal judge dismissed Bezos’ lawsuit against Nasa yesterday.

In August, Bezos’ space company Blue Origin had filed a complaint in the U.S. Court of Federal Claims against Nasa over its decision to award a $2.9 billion moon contract to Musk’s SpaceX.

The space agency was originally expected to award the contract to two out of the three companies. Nasa defended its decision to give the lucrative contract to a single company by citing Congress’ lower-than-expected budget allocation for the program.

This is not Blue Origin’s first attempt to get Nasa’s decision overturned.

In July, Blue Origin and Dynetics filed a protest in the U.S. Government Accountability Office (GAO) which was denied.

‘SpaceX submitted the lowest-priced proposal with the highest rating, and the offers submitted by Blue Origin and Dynetics were significantly higher in price’ said the GAO in a press release.

Following this, Jeff Bezos in an open letter to Nasa’s Bill Nelson offered to cover up to $2 billion in costs to build a lander that would take astronauts to the moon in exchange for a contract to build the device.

When none of the efforts worked, Blue Origin took Nasa to court. The lawsuit was an effort ‘to restore fairness, create competition, and ensure a safe return to the Moon for America’ according to the company.

Human Landing Systems or HLS is a part of Nasa’s Artemis mission to land astronauts on the moon by 2024.

Last year, Nasa awarded the three teams 10-month contracts worth $967 to begin work on the lunar lander concepts under the HLS program. SpaceX was awarded the least amount of the three, with $135 million. Meanwhile, Dynetics received $253 million and Blue Origin, $579 million.

For Nasa’s Human Landing Systems program, Musk’s company bid a variation of its Starship rocket, prototypes of which SpaceX has been testing in this facility in Texas. The company has performed multiple successful test flights of Starship to date, although the last four landing attempts of high-altitude flights ended in fiery explosions.

Nasa astronauts will use Musk’s Starship to transfer from its Orion spacecraft when the capsule reaches lunar orbit.

Blue Origin has openly criticised Musk’s Starship as a launch vehicle that has never flown to orbit and is still being designed. ‘It what immense complexity & heightened risk looked like for going back to the moon,’ according to the Bezos-owned company.

Elon Musk took to Twitter to defend it saying ‘that even if Santa Claus suddenly made their hardware real for free, the first thing you’d want to do is cancel it’

The Artemis moon landing mission was announced by the Donald Trump administration. The current administration under President Joe Biden is expected to continue with the lunar mission.

Blue Origin had unveiled its plans to build a crewed lunar lander in 2019, partnering with industry giants like Lockheed Martin, Northrop Grumman and Draper.

Yesterday’s decision seals the deal for SpaceX and Musk was evidently pleased to have the last word by tweeting out a meme from the 1995 movie ‘Judge Dredd’.