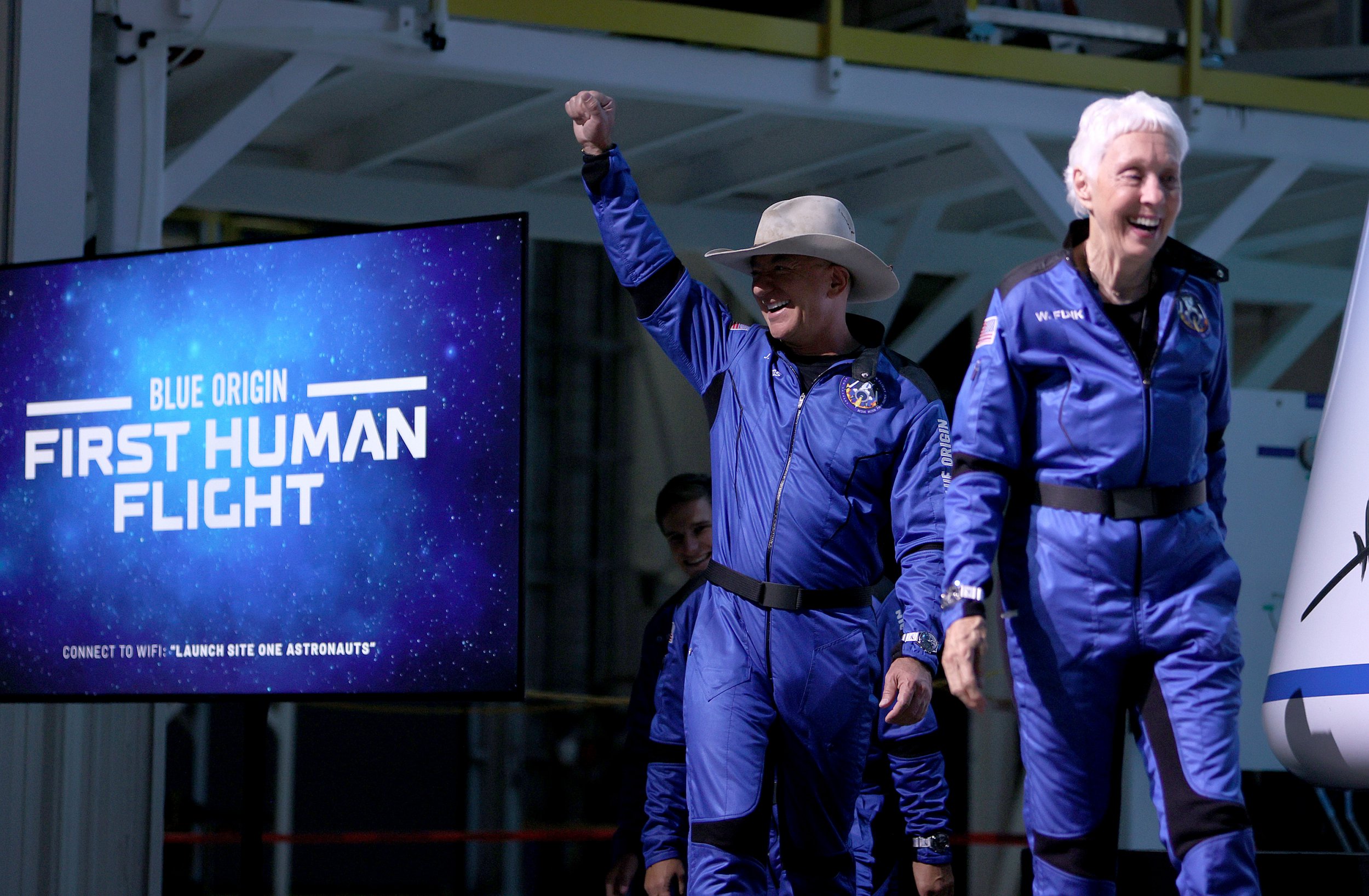 An open letter signed by 21 current and former employees of Jeff Bezos’ Blue Origin claims the rocket company fosters a ‘toxic’ and sexist environment, leaving staffers feeling ‘dehumanized,’ and causing some to have suicidal thoughts.

The damning letter also accuses the spaceflight company, created by Amazon founder Bezos, of sacrificing safety to get ahead in the space race between billionaires.

‘Competing with other billionaires – and ‘making progress for Jeff’ – seemed to take precedence over safety concerns that would have slowed down the schedule,’ wrote Alexandra Abrams, former head of employee communications at Blue Origin.

Abrams, who was fired from Blue Origin in 2019, signed her name alongside 20 anonymous current and former employees.

‘When Jeff Bezos flew to space this July, we did not share his elation,’ the letter says. ‘Instead, many of us watched with an overwhelming sense of unease. Some of us couldn’t bear to watch at all.’

Detailed in the letter are accusations that Blue Origin and Bezos promote a culture of toxicity and sexism.

According to the letter, numerous senior leaders at Blue Origin have been ‘known to be consistently inappropriate with women’.

The letter acknowledges that gender gaps are common within the space industry, but continues to detail the extensive sexism employees faced.

‘Another former executive frequently treated women in a condescending and demeaning manner, calling them “baby girl”, or “baby doll”, or “sweetheart” and inquiring about their dating lives.’

This behavior was so well known, the letter alleges, that women at the company would warn new female employees to stay away from that particular executive, who was only fired when he physically groped a female subordinate.

With more than 3,600 employees mapped across the globe, the company’s entire senior technical and program leaders are men. The overwhelming majority of staff are also white and male, the letter states.

Employees who raised concerns regarding the safety of the company’s rockets were dismissed as Bezos raced to compete with SpaceX CEO Elon Musk and Virgin Galactic founder Ricard Branson.

Safety concerns are another highlight of the letter, which alleges that ‘some of the engineers who ensure the very safety of the rockets’ were either forced out or paid off after internally voicing criticisms.

In a statement, the Federal Aviation Administration said they are reviewing the safety concerns brought up in the essay.

Staffers also say they have raised environmental concerns at company town halls that have been left largely unaddressed. The company’s headquarters that opened last year in Kent, are not LEED-certified and were built on wetlands that were drained for construction, they say.

Blue Origin CEO Bob Smith personally told one of the letter’s signees to not ‘make it easy’ for employees to ask questions at town halls, one of the only available forums for live discussion.

Inner critics who spoke up were also forced out, according to the letter.

The toxicity goes as far as senior leadership looking to take a toll on their employees’ mental health.

According to the letter, memos from those leaders reveal the company needs to ‘get more out of our employees’ and that employees should consider it a ‘privilege to be a part of history’.

A directive of the company, in pursuit of SpaceX, in that ‘burnout was part of their labor strategy’, the letter claims.

Former and current employees say their experience at Blue Origin was ‘dehumanizing’ and that they are ‘terrified of speaking out against the wealthiest man on the planet’.

Around the time that the letter was published, Musk surpassed Bezos as the richest man in the world and said he would send the Amazon founder ‘a silver medal’.

Not that it would help Bezos’ staff, some of whom have even experienced suicidal thoughts after having their ‘passion for space manipulated in such a toxic environment.’

‘If this company’s culture and work environment are a template for the future Jeff Bezos envisions, we are headed in a direction that reflects the worst of the world we live in now,’ the letter says.

The letter was published Thursday on the website of Lioness, an online platform that often works with whistleblowers.

A Blue Origin spokesperson told Metro.co.uk that ‘Ms. Abrams was dismissed for cause two years ago after repeated warnings for issues involving federal export control regulations’.

‘Blue Origin has no tolerance for discrimination or harassment of any kind. We provide numerous avenues for employees, including a 24/7 anonymous hotline, and will promptly investigate any new claims of misconduct,’ the spokesperson stated.

‘We stand by our safety record and believe that New Shepard is the safest space vehicle ever designed or built.’