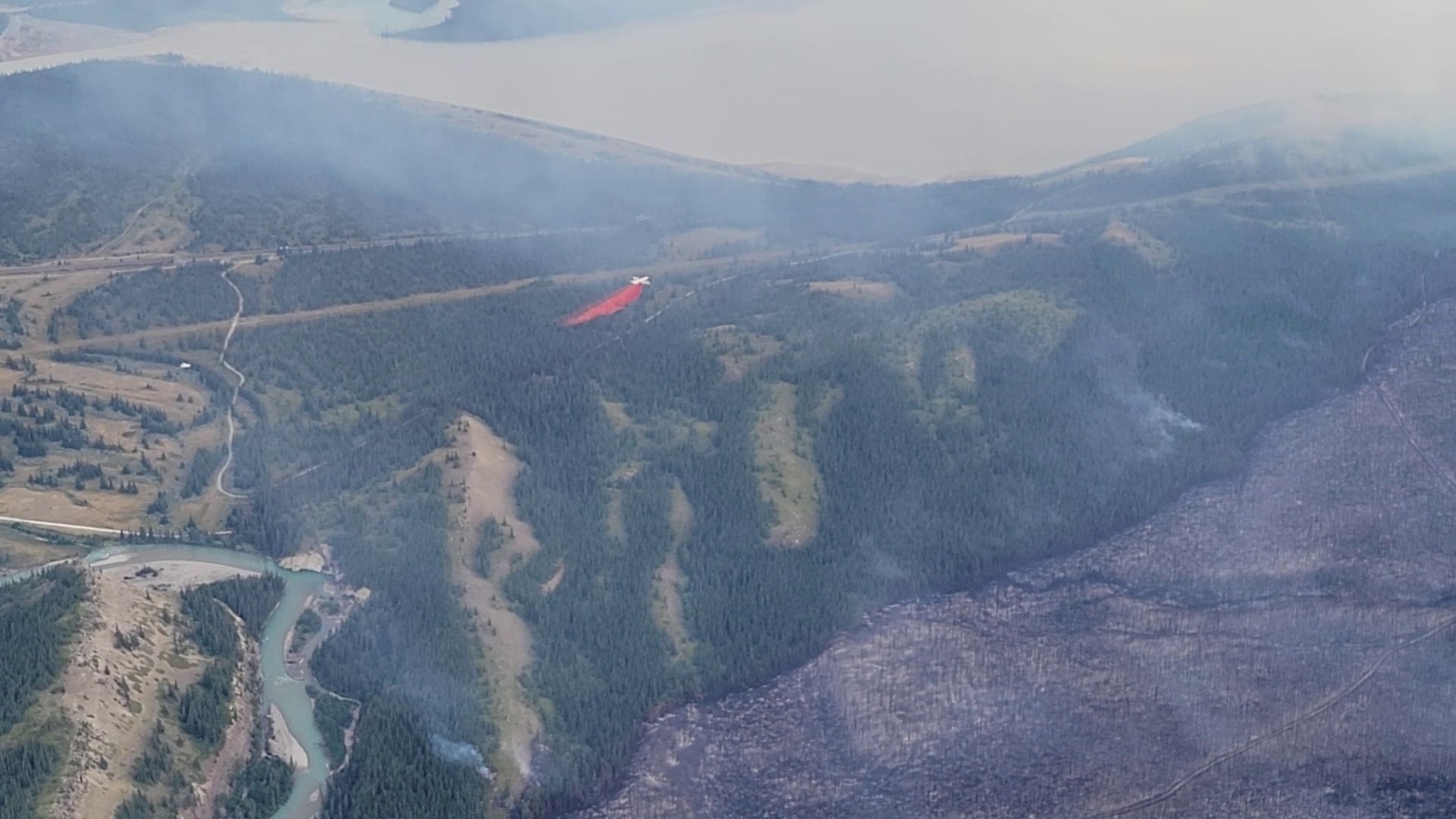 The town of Jasper continued to have more power outages on Friday and it could be weeks before the electrical supply is stable again, due to the complex challenges of running a community of its size off generators.

The community was cut off from the electrical grid last weekend, when the Chetamon wildfire damaged transmission lines to the east of the mountain town.

“As ATCO works to restore power to all segments of the community through generators, the technical complexities and load limitations of the temporary generators have become increasingly evident,” Jasper Mayor Richard Ireland said on Friday.

‘The situation is precarious’: Ongoing power outages in Jasper as wildfire burns

As it has said for the past few days, the municipality expects the intermittent outages to continue over the next few weeks.

The outages have impacted critical services and Ireland said the community and Parks Canada are working together on a short to mid-term contingency plan to ensure essential services such as fuel and food and grocery stores remain available.

“To reduce load and allow more parts of the community to receive power, the municipality has reverted to operating our wastewater treatment plant with its own backup generator capacity.”

Everyone involved stressed the complexity of integrating generator power into a utility system as large as the one in Jasper.

“We are still without reliable, consistent generator power supplied by ATCO and current power to the community will be redirected to the wastewater treatment plant if required,” Ireland said.

Generator power is not as reliable as the transmission system and there are many factors that can affect the system.

The biggest challenge is building a system with equipment from various vendors and getting all the controls to communicate with each other without tripping the entire thing, ATCO said.

Getting a generator power system up and running would normally require weeks of engineering, design and testing before going live, the utility said.

Our team continues to work 24-7 to safely move power onto the generator system for the town of Jasper. Until the power stabilizes, Jasperites should be prepared for intermittent power outages over the next while. Thank you for your continuous patience during this critical time.

“As we respond to the crisis to support the town, we have to work through the coordination of these technicalities onsite with our team of experts to help stabilize the power system.”

The power company said it’s not yet known how long it will take to repair the transmission lines as crews have not been able to inspect them yet due to the fire, but cautioned it may take several weeks dependent on the scale of the damage.

Anne-Claude Pépin, the Chetamon wildfire plans section chief for Parks Canada, said crews on the ground and in the air are attacking the fire on multiple sides, and it has only grown by about 100 hectares in the past day to 5,600 hectares.

The B.C. government is providing firefighter support and a crew of 20 arrived on Thursday to help.

Alberta Wildfire airtankers were able to make two successful retardant drops on the north end of the wildfire on Thursday, thanks to low winds.

“This will allow for safer helicopter operations but may also create smoke along Highway 16,” an update Friday said.

Pépin said the cooler weather conditions Thursday and Friday are perfect for making progress. There is still potential for “spotting” and wildfire spread further upstream along the Snaring River.

Fire guards have been built and set up high-volume sprinklers outside town, that were already tested once and may be again on Friday.

“Those produce an enormous amount of water. It’d be like the equivalent, when they’re running, to 30 millimetres of rain an hour. That creates a humidity bubble and which actually may look like smoke, but it isn’t — it is water and we’re just testing our system.”

Pépin said crews didn’t anticipate having to use them to protect the town, but the sprinklers are ready just in case. As has been the case since the fire began a week ago, no communities are at risk.

Weather forecasts into the weekend call for dry and hot temperatures and strong winds on Sunday. Parks Canada said that could intensify fire behaviour and increase wildfire growth on the weekend.

That combination can make conditions unsafe for firefighters on the fire perimeter, which makes aircraft suppression tactics the only direct way to slow the spread.

Forecasted winds may push smoke into the townsite and cause the fire to spread south.

Parks Canada said the increased temperatures on the weekend could result in more smoky conditions around Highway 16, but Pépin said it would only be closed if absolutely necessary.

While Miette Hot Springs and the Columbia Icefields are not affected, Parks Canada and the Municipality of Jasper are only able to provide essential services in the townsite and surrounding areas.

As has been the case all week, visitors are being told to stay away from the town for the time being.

Power out in Jasper due to Chetamon wildfire, tourists asked to reschedule trips