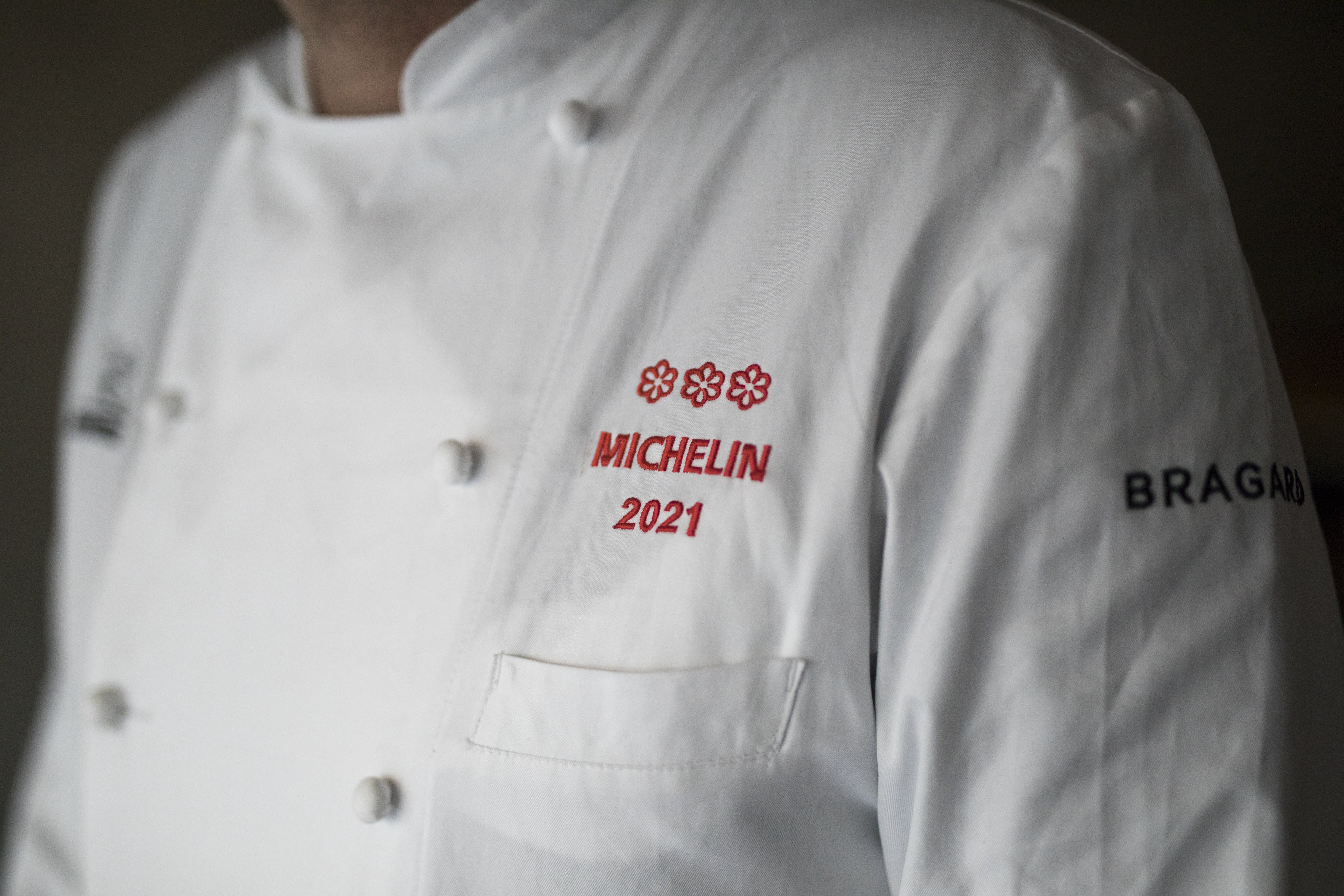 Toronto can now boast to being home to more than a dozen Michelin-star eateries, including a two-star sushi restaurant run by a celebrated chef previously recognized by the prestigious food guide.

The honours were revealed in an evening ceremony streamed online, with Saito last to take the stage to accept the night’s top award from Gwendal Poullennec, the guide’s international director, and Bibendum, the tire company’s puffy white mascot.

1st Canadian edition of Michelin Guide to be revealed in Toronto

Dressed in black pants, a white shirt, white apron, and white hat, Saito thanked the Michelin Guide for coming to Toronto and said he felt, “very, very happy and excited.”

He then added that he had two things to say: “I love Toronto, I love Canada.”

“One more thing is: I am still single, I don’t know why,” he said to laughter from the audience.

In their citation, the anonymous inspectors praised Saito’s latest restaurant for offering fish and nigiri rice from Japan, and a special blend of vinegars.

“Only here will you find shirako boldly skewered and grilled over binchotan, and only here will you eat melting slabs of chutoro buried under a blizzard of white truffles,” they say of the restaurant, where an omakase dinner costs $680 per person.

“Laughter fills the air, thanks to Chef Masaki Saito and his jovial team, and for a few blissful hours, the world outside melts away.”

Toronto expands plans for amplified music on patios in 2022

Before the gala, Poullennec said inspectors were impressed by “the diversity and the vibrancy of the local culinary scene.” He dissuaded any attempt to compare Toronto against other Michelin cities, among which the top-ranking Tokyo boasts 203 stars, Paris holds 118 and Kyoto has 108.

“It’s quite difficult to compare one destination with another,” he said in a phone interview.

“What is important for us is to find, `What are the unique flavours Toronto is adding to the well of the culinary conversations?’ And here there is a lot to say about the diversity, the homegrown talent, and we really feel that’s not only a great beginning but that Toronto has a great potential.”

Three-star honours are relatively rare on the global list — out of 16,120 restaurants, just 137 achieved the highest standard. Tokyo has the most three-star designations with 12.

The century-old Parisian system awards one star to restaurants deemed very good in their category, while two stars go to establishments with “excellent” cuisine. Three stars single out exceptional cooking that is worth a special trip.

Aside from flavour, culinary technique and product quality, anonymous inspectors factor in consistency and whether the chef’s personality is reflected in the dishes.

Michelin named 17 restaurants worthy of the Bib Gourmand designation, which recognizes great quality among outlets that offer two courses and a glass of wine or dessert for less than $60.

Poullennec says a Vancouver edition is set to launch later this year.

Michelin’s arrival in Canada is thanks in part to a multi-year funding deal with tourism boards to help promote travel decimated by the pandemic, but Poullennec says the selection process remains independent.

Before the bash, Destination Toronto’s executive vice president called the Michelin partnership a “very strategic investment,” given that culinary attractions are considered key to driving tourism.

Andrew Weir says being deemed a “Michelin city” helps not only the starred restaurants but can lift a battered hospitality sector still reeling from the pandemic.

“That momentum begets more momentum and hopefully will continue to pay dividends across the community for many years.”

Michelin’s anonymous chief inspector in North America pointed to a mixed list that goes beyond global outposts to include local teams such as those behind Edulis and Frilu.

“It’s a really great, broad, diverse selection of cuisine type that I think really reflects the energy and dynamism of Toronto,” said the U.S.-based foodie, who has been with Michelin for 15 years and previously worked in hospitality and professional kitchens.

Named after a tire company, the guides were first published in France at the turn of the 20th century to encourage tire sales by offering advice to French motorists and travellers. That included tips on how to change a tire, where to get gas — and where to eat or take shelter for the night.