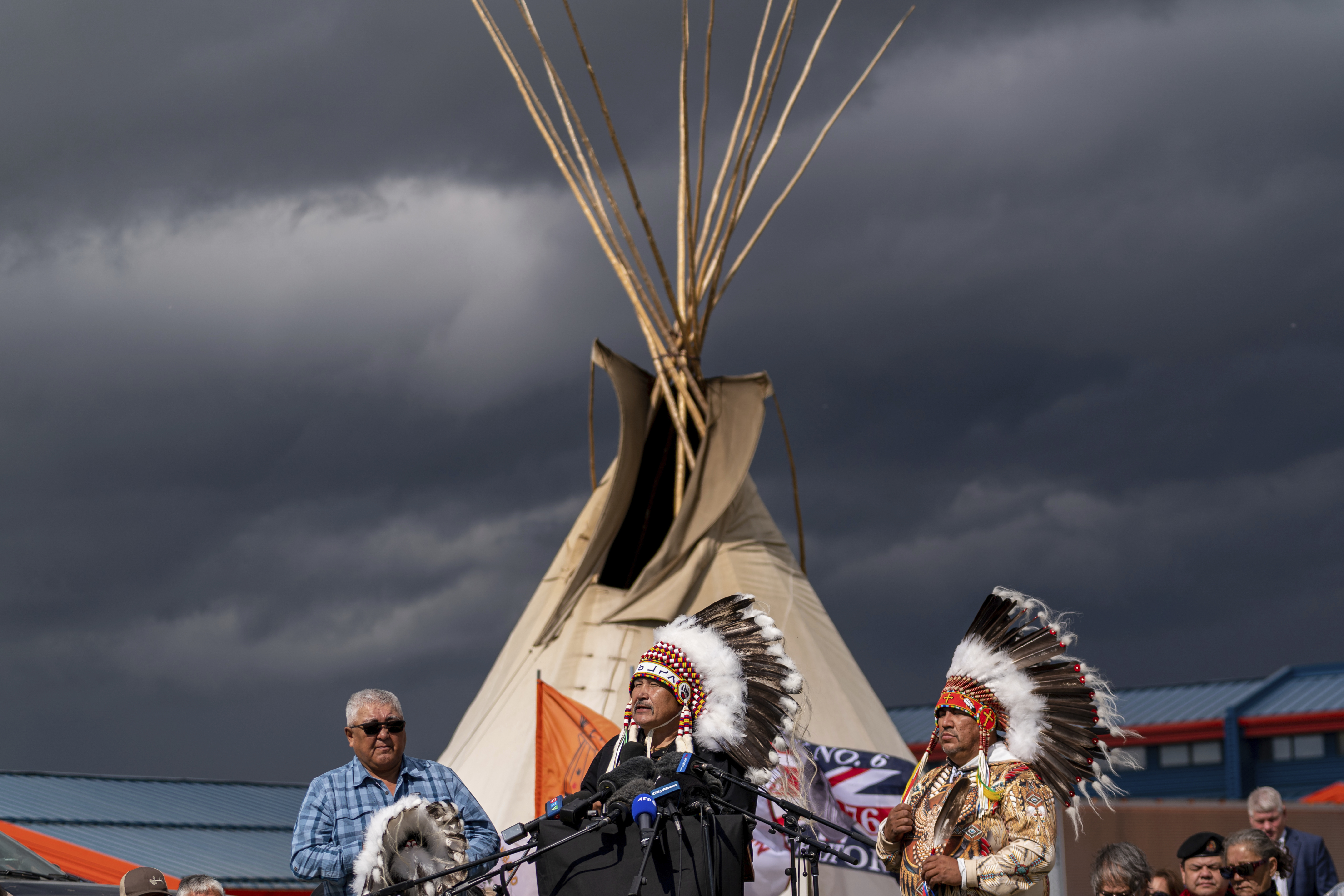 As James Smith Cree Nation begins picking up the pieces of its community after the tragic stabbings on Sept. 4, Chief Wally Burns has been advocating for change and support.

He added there are only about 261 houses on the reserve.

“A lot of that causes a lot of grief and overcrowding,” Burns said. “We need to adjust and ask the government for more housing.”

He said the tragic events that saw multiple people get stabbed had more to do with generational trauma and residential schools, but said it plays a part in a larger picture.

“I think it’s how choices are made. The way I look at it is through the residential school, and what happened to our parents, and through generation to generation of trauma. And that was handed down,” Burns said.

“Fixing our foundation means we need resources in all avenues such as mental health, addictions (and) housing. It all plays into one big pool. We’ve got to understand our needs.”

Burns added that both of his parents attended residential schools, but that they didn’t get to tell their stories, or share the trauma they went through.

He said addictions were a big problem in James Smith Cree Nation, and he wanted to help heal his people.

“It’s a huge problem, but not only in James Smith. It’s all over the place — in our province, in Canada, around the world,” Burns said.

“Dealing with choices of the people that want to go down that path, I pray for them that one day they’ll realize that it’s not a way to live. I know for a fact some people don’t want to live that life anymore.”

He said taking these issues head-on will be an eye-opener for his community.

“I want to see a building for the people who are struggling with drugs.”

He said he appreciates the RCMP officers who have been helping and patrolling on the reserve, but said the time it took for police to get there on Sept. 4 was too long.

“The response time was way too late.”

The federal government has indicated that it is aiming to introduce a bill as soon as this fall to establish community policing for Indigenous communities.