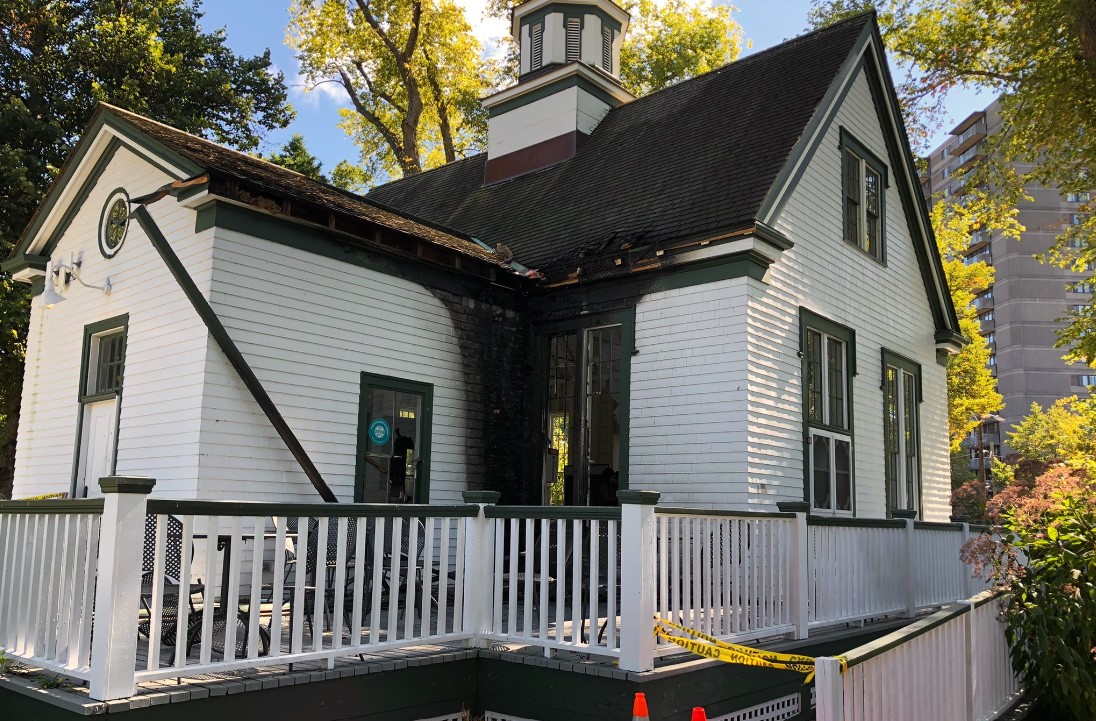 Some local garden-goers are growing concerned after multiple acts of vandalism at the Halifax Public Gardens — a site that provides a place of peace and tranquility in the middle of a busy downtown.

“I really love this garden, it’s like heaven for me,” said Ali Mousavi, who often walks through the park with his infant son.

In an interview Saturday, he said he’s disappointed that the gardens have been the target of vandalism over the past few months.

“This kind of park belongs (to) our next generation … so we have to be more careful,” he said.

On Thursday, a fire broke out at the site’s Horticulture Hall, which Halifax Regional Police have deemed an arson. An investigation is now underway.

The fire came two months after 32 trees were vandalized at the Public Gardens in late July, when an unknown vandal or group broke into the Public Gardens and removed strips of bark around the trunk of the trees in an apparent attempt to kill them.

The bark cutting, known as girdling, is a way to kill a tree without cutting it down, as the cambium layer, the part of the tree that produces new wood, is damaged.

Most of the trees were between 50 and 200 years old, and four have been removed since the incident as staff try to save the rest.

Police are still investigating and a $50,000 reward is being offered for information leading to the arrest and conviction of those responsible in that case.

Josey Houle, who goes to the gardens a few times a week, called the place a “gem” and said she considers them to be the “best part of Halifax.”

She said the recent vandalism at the gardens was “devastating,” given the park’s history and role as a space downtown for people to enjoy the outdoors.

“The fact that anyone could want anything awful to happen to this place is just so beyond me,” she said. “I’m glad no one’s gotten hurt, but the soul of the gardens has been smacked pretty hard.”

Judith Cabrita is the chair of the Friends of the Public Gardens, which offers daily tours of the gardens.

She said the recent fire has forced the Horticulture Hall — which is also home to an information centre and the Uncommon Grounds café — to close.

“This is cruise ship season,” said Cabrita. “So the amount of business that comes in here in September is phenomenal, so that hurts.”

Cabrita says she hopes someone isn’t targeting the garden, and that these events do not become a pattern.

The Halifax Public Gardens is a designated National Historic Site. After the trees were vandalized in July, the municipality installed cameras. Further steps may be considered after police and fire services complete their investigation into the latest incident.

Mousavi says there should be more security or cameras to help protect the gardens from future vandalism.

“One tree takes 200 years to grow in, and when there’s a problem, it can’t be returned for the next two generations,” he said.

“This is related to the culture of Halifax, and when you’re losing this, it means you’re losing a lot of things about this culture.”

— with files from Alex Cooke