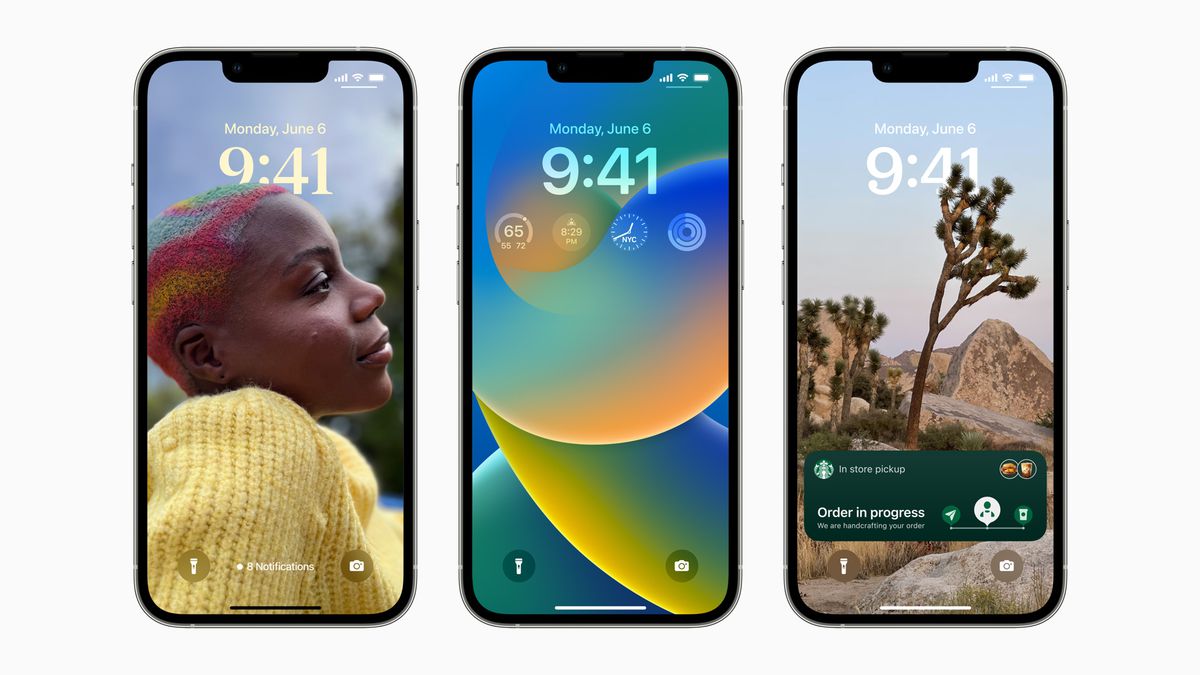 Apple is releasing its latest iOS 16 operating system for compatible iPhones today. The free update includes a new lock screen with widgets, unsend and edit for iMessage, new keyboard haptics, a new Home app, and much more. iPadOS won’t be updated to version 16 today, though, as that will ship later as an iPadOS 16.1 release.

The lock screen is where most of the obvious improvements in iOS 16 can be seen. You can now add widgets to the lock screen, and they can act like a way of presenting notifications. On iPhone 14 Pro models, these widgets will even appear when the device is off thanks to a new always-on display.

If you’re a daily iMessage user, then there are a variety of improvements with iOS 16 to keep you happy. You can now edit a message for up to 15 minutes after you sent it, and you can even undo any message up to two minutes after sending it. Apple has also added a “mark as unread” feature so you can remember to respond later to messages. If you’re a fan of audio messages, then iOS 16 adds the ability to fast-forward or rewind as you listen to them.

Users of Apple’s built-in Mail app will get a new scheduled send option in iOS 16 alongside the ability to quickly unsend an email right after it was sent. There’s also a “remind me” feature so emails will jump back to the top of your inbox and older sent email messages will appear at the top of your inbox (just like Gmail) to prompt you to send follow-up messages.

One of the best improvements to iOS 16 is built-in keyboard haptics so you can feel vibrations as you type. Haptics have only previously been available inside apps or when you activate features like the flashlight from the lock screen. You can enable the new haptics inside the settings area in iOS 16.

iOS 16 also includes a redesigned Home app with new camera views and widgets on the lock screen and the ability to control an Apple Watch from an iPhone. If you’re used to copying text from a photo, you’ll now be able to do the same in videos in iOS 16. This latest OS update also includes improvements to the Health app, where you can now create a medication list to track medications, vitamins, and supplements.

For the privacy conscious, Apple is adding a Lockdown Mode to iOS 16, which adds “extreme” protection for people who might be targeted by state-sponsored spyware. Lockdown Mode blocks message attachments, disables link previews, turns off some web browsing tech by default, and even blocks FaceTime calls from unknown numbers.

Just like iOS 15, not all of iOS 16’s announced features are arriving immediately today. Apple will launch its iCloud Shared Photo Library for families later this year, for example, which will let you create and share a separate iCloud photo library with up to five other family members. A next-gen version of CarPlay also won’t arrive until compatible cars are announced “in late 2023.”