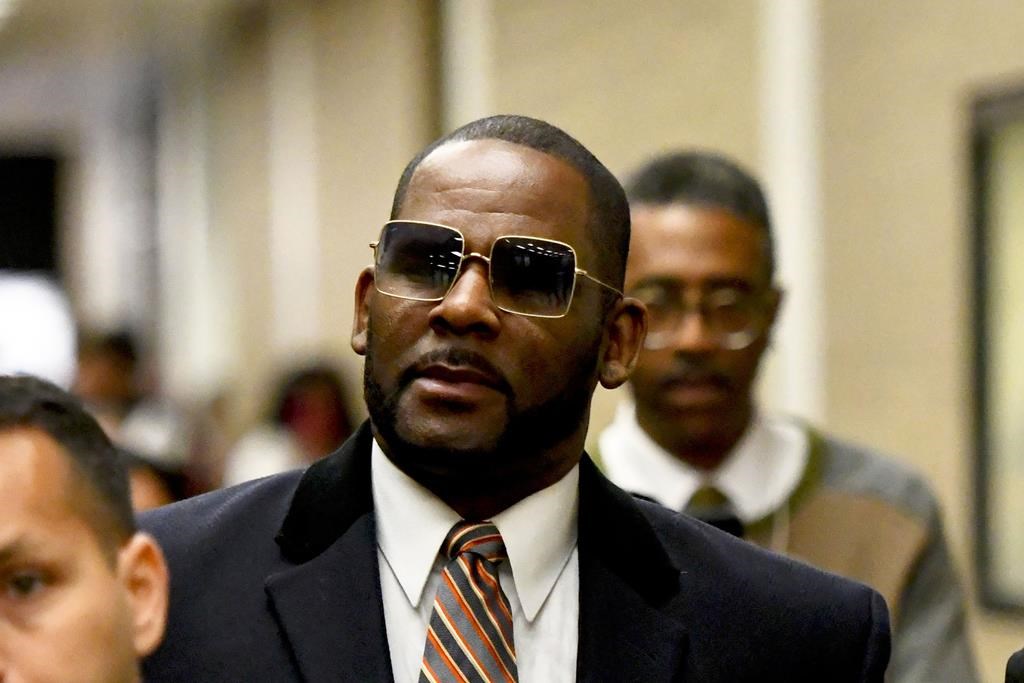 Most National Hockey League teams are pleased if one or more prospects make it difficult for them to decide on an opening night roster. This off-season, several decision-makers within the Edmonton Oilers organization have made it no secret they hope — and possibly even expect — to see that unfold over training camp.

“My goal for sure is to make the Oilers this year and be with them the whole year,” Dylan Holloway, a 20-year-old forward who was selected 14th overall by the Oilers in the 2020 NHL Entry Draft, told reporters on Wednesday.

Holloway is widely seen as one of the hockey prospects that headlines an impressive group of Oilers hopefuls who gathered at Rogers Place in Alberta’s capital for fitness testing on the first day of the club’s rookie camp.

The group of 25 players is heading to Penticton, B.C., this weekend to play games in the Young Stars Classic. After that, a decision will be made on who gets invited to the Oilers’ main training camp late next week.

“I think they know what kind of player I am… I just have to play to the best of my ability,” said Holloway, who spent time with the Oilers’ NHL roster late last year and even played in a playoff game for the club.

“It was an incredible experience… just being at the rink every day, watching the guys, how they act, how they’re taking care of their bodies — that kind of thing.”

While a spot on the Oilers’ roster is no guarantee, especially after the club signed veteran blueliner Ryan Murray earlier this month, Swedish defenceman Philip Broberg is widely seen as a rookie who could stick with the NHL team next month.

“I really pushed hard to get stronger this summer and I’m happy with the results,” said the 21-year-old defenceman whom the Oilers selected with their eighth overall pick in the 2019 NHL Entry Draft. “I want to develop my defensive game even more. I want to be a guy they can rely on… (for defence, because) my offence will always come and be there.

“Getting stronger is a big part of that… (to) be able to play harder down low and be better at boxing guys out and all that kind of stuff.”

Broberg said he spent much of the off-season working out in Stockholm where he gained 12 pounds.

“I really pushed hard to get stronger this summer, and I’m happy with the results.”

Holloway said he is thankful to be healthy for rookie camp this year. Last September, the Oilers announced he would be unable to play for several months after undergoing surgery for the second time to deal with a wrist injury.

“When it first happened, I thought it was a very minor thing,” the Calgary-born player said. “Hearing I had to do the surgery all over again, after a whole summer of trying to rehab it, was very disappointing.

Oilers forward Leon Draisaitl played through an injury throughout much of the 2022 NHL playoffs. Holloway said being around him and Oilers captain Connor McDavid in the post-season gave him an idea of what it will take to become an NHL player and to excel.

“No matter how their body’s feeling, they bring it every night,” he noted, adding that he has enjoyed watching the two players for years now.

“If I was to ever play on the same line, that would be a dream come true.”

READ MORE: Draisaitl a game-time decision for Game 7 between Edmonton and Los Angeles

Two of the high-profile players at rookie camp saw significant success during the 2022 post-season with their junior hockey clubs: Xavier Bourgault and Reid Schaefer. Bourgault helped the Shawinigan Cataractes reach the Memorial Cup tournament while Schaefer, who hails from Spruce Grove, helped the Seattle Thunderbirds reach the WHL Final before losing to the Edmonton Oil Kings.

“It was a big stage,” Bourgault, a 19-year-old forward whom the Oilers drafted with the 22nd overall pick in the 2021 NHL Entry Draft, said of the Memorial Cup tournament. “It was a great experience… pretty special.”

He noted that his Cataractes teammate Mavrik Bourque is taking part in the Dallas Stars’ rookie camp and the two plan to stay in touch through the month as they experience similar challenges.

“It’s going to be a big step,” Bourgault said. “Guys are bigger, faster — I’ll need to be ready to work harder than in junior hockey.”

He added that while working out in Montreal this summer, he spent time with a number of NHL players and peppered them with questions about what it takes to be in the league.

“There’s a pretty good lineup out there, but there’s always a chance for younger players like me,” he said of aiming to impress the Oilers’ coaches and management team, adding he wants to be recognized for more than just his offensive talent. “I want to show them that I’m intense without the puck… show them I can play on both sides of the ice.

“(I want to) push hard and make their decision harder.”

Schaefer, 18, said he is excited to take part in rookie camp just two months after the Oilers selected him in the first round of the 2022 NHL Entry Draft.

“It’s going to be really competitive,” he said, adding he enjoyed the “huge learning experience” at development camp where he learned more about how to improve his training, nutrition and even sleep habits.

“I just want to impress, obviously, the coaches and GM,” Schaefer said.

“Come training camp, I want to be on the big squad — I want to try and make a push for that. But if not, (I’ll) just head back to Seattle and try to win a championship there.”

Schaefer said while he is known for using his size to be an effective power forward in the WHL, he sees himself as a versatile forward.

“I like to play physical and create space for my teammates, but for myself as well,” he said. “Me playing physical allowed me to get open and find space and to use my shot to my advantage.

“But I think I also have that skill aspect to me. I’ve got a good shot, and I like to use my skill as well.”

He said over the summer he worked on his foot speed: “just those first three strides… trying to get better every day.”

Oilers head coach Jay Woodcroft and assistant coach Dave Manson coached Broberg in the AHL before being promoted to their current roles. While they coached in the AHL, Broberg said they helped him with “a lot with small details.”

“I think they really helped me step my game up,” he said. “I started off last year in the AHL and got a lot of games there, got my confidence up and eventually had some games up here to get the experience.

“It was a really good year for me and I’m excited for this year… I want to make the Oilers. I want to play in the NHL. I’ve been working for that goal for a few years now.

“The opportunity is there.”

Earlier this week, McDavid spoke to reporters about the upcoming season and noted that the Colorado Avalanche relied on contributions from all kinds of players to win the Stanley Cup this year.

He noted that young players who do not earn a spot with the Oilers’ NHL club should still be prepared in the event opportunity knocks later on, even if they start the season in the AHL.

“Their chance could be at any moment,” McDavid said Monday.

READ MORE: McDavid says Oilers need to be ready early as expectations grow for Edmonton ahead of new NHL season

2:04
Best Edmonton Oilers playoff run in 16 years has fans believing team will only get better

Best Edmonton Oilers playoff run in 16 years has fans believing team will only get better – Jun 7, 2022

Schaefer said McDavid and Draisaitl are among several players who have texted him and encouraged him this summer.

“That’s something I won’t forget,” he said, adding that he even got a phone call from the most famous player to ever don an Oilers jersey. “(Wayne) Gretzky called me — that was a dream come true.”

“It’s going to be something really exciting,” Schaefer said about this week’s rookie camp.