Can you believe that Huawei has not launched a phone with a 108 MP camera yet? The company prioritized sensor size over resolution for its flagships, but they can afford optical zoom. 108 MP sensors help when all the phone has is digital zoom and such sensors have been great picks for mid-rangers.

This brings us to the leaked info on the Huawei nova 9 SE, which should become Huawei’s first phone with a 108 MP camera. WinFuture reports that the phone will cost around €250-€280. There are a few sub-€300 phones with 108 MP cameras on the European market, but competition is always nice.

Huawei has had trouble sourcing chips, especially ones with 5G connectivity, so it should come as no surprise that the 9 SE is a 4G-only phone. The Snapdragon 665 is a surprise, though, this 11 nm chipset was announced in early 2019, making it three years old. The Snapdragon 680 is a more recent 4G chip built on a 6 nm process, but we guess it would have stretched the budget too much.

Anyway, the nova 9 SE is said to feature 8 GB of RAM and 128 GB storage, plus a microSD slot (which both the nova 9 and nova 9 Pro lack). It will run Android 11 with EMUI 12 on top and will lack access to Google Play services.

Going back to the camera, the 108 MP main module will be joined by an 8 MP ultra wide camera and two 2 MP helpers (macro and depth). The 16 MP selfie camera will live in a punch hole in the display. For comparison, the other nova 9 models have 50+8+2+2 MP cameras on the back and 32 MP on the front (plus an ultra wide selfie cam on the Pro). 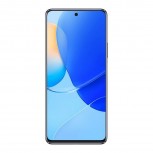 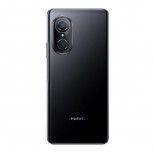 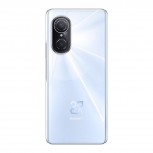 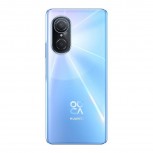 The phone will also feature a 4,000 mAh battery with fast charging (power rating unknown), a fingerprint reader built into the power button as well as NFC.

It’s not yet clear when Huawei will make the nova 9 SE official, but the leak claims that it is coming to Europe sometime soon.

PS. we couldn’t help but notice that the Honor 50 SE is almost the same phone, except with a 5G-enabled chipset (a Dimensity 900). There are a few other differences like the microSD slot (perhaps more, depending on how accurate the leaked info is). The Honor 50 SE is not available in Europe, however.