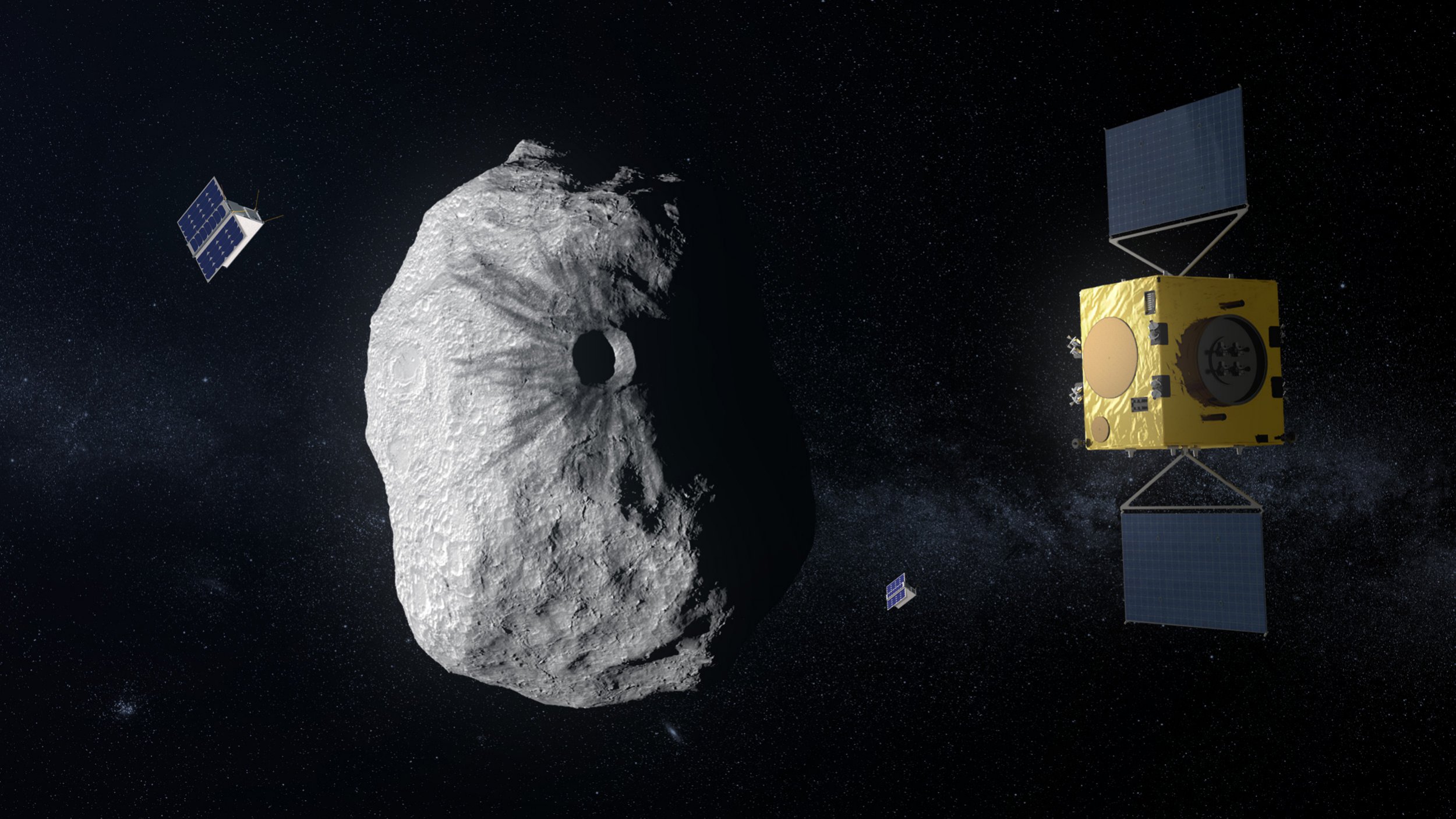 Watching a spacecraft slam into an asteroid might be the stuff of sci-fi movies but this week you have a chance to watch it happen live.

On Monday, Nasa will intentionally crash a spacecraft into a small asteroid as part of a planetary protection test mission.

While this asteroid – named Dimorphos – poses no threat to Earth, the aim of the mission is to demonstrate that dangerous incoming rocks can be deflected by deliberately smashing into them.

The spacecraft, known as Double Asteroid Redirection Test (Dart), is expected to collide with the 170-metre wide (560ft) asteroid at 12.14 a.m UK time on September 27.

Dimorphos is part of a binary asteroid system and orbits Didymos, which takes around 11 hours and 55 minutes.

Astronomers at Nasa are hoping that Dart, while destroying itself in the process, will shorten this orbital period by about 10 minutes.

The Double Asteroid Redirection Test (DART) spacecraft, which launched in November 2021, will reach Dimorphos on Monday, September 26, and the whole event will be streamed online.

When DART smashes into Dimorphos at about 6.8 million miles from Earth, telescopes here on the ground will analyze the asteroid’s orbit to see if it has changed in any way.

Nasa said: ‘Dart’s target asteroid is not a threat to Earth but is the perfect testing ground to see if this method of asteroid deflection – known as the kinetic impactor technique – would be a viable way to protect our planet if an asteroid on a collision course with Earth were discovered in the future.’

DART is equipped with an instrument called the Didymos Reconnaissance and Asteroid Camera for Optical Navigation (DRACO), which is guiding DART to its final destination and will also provide a real-time feed from the spacecraft, sending one image per second back to Earth.

In the hours before impact, the screen will appear mostly black, apart from a single point of light marking the location of the binary asteroid system that the spacecraft is heading toward.

But as the moment of impact draws closer, the point of light will get bigger and eventually detailed asteroids will be visible.

The DART spacecraft is set to impact the Dimorphos asteroid at 12:14 p.m. BST on Monday, September 26.

Nasa is offering two feeds of the event that you can tune into. The first one offers the most up-to-date DRACO camera feed and starts at 11 p.m BST.

The second feed offers similar coverage and begins half an hour earlier at 10:30 pm on Friday, in the UK.

Nasa said that after impact, the feed will turn black due to a loss signal. Then, after about two minutes, the stream will show a replay showing the final moments leading up to impact.


MORE : Nasa is preparing to smash a spaceship into an asteroid next week