How to survive a nuclear blast: scientists reveal where to take shelter 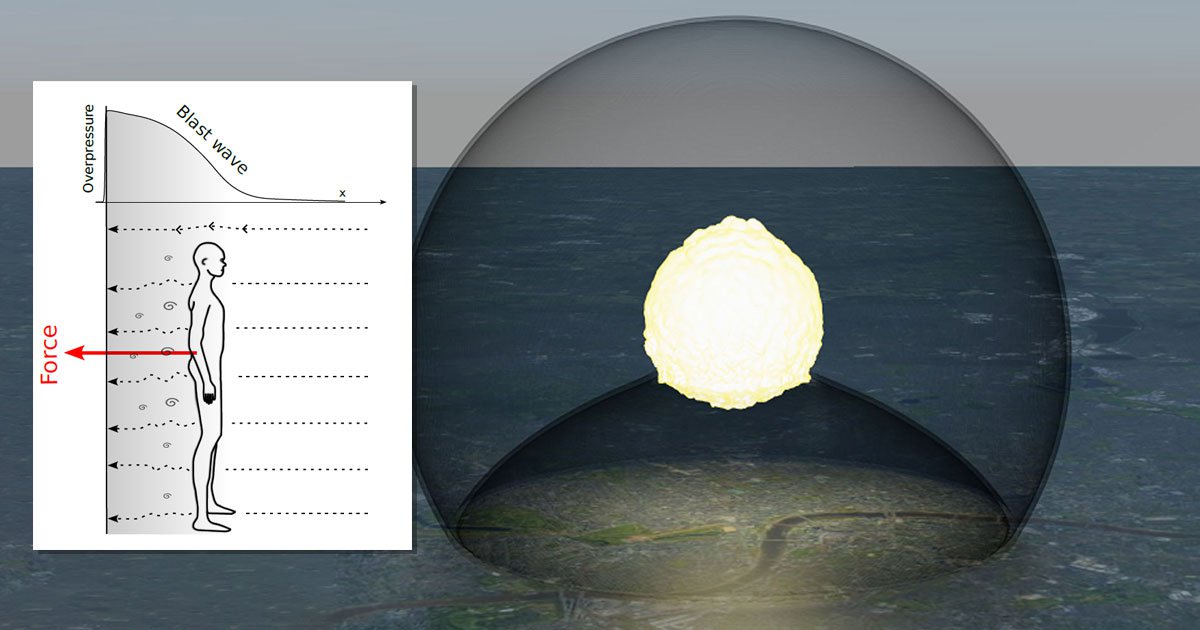 If a nuclear attack is launched people should hole up in the corners of concrete buildings to have the best chance of survival.

That’s according to new research saying it’s better than cowering in corridors – or near windows or doors.

Lead author Dr Ioannis Kokkinakis, of the University of Nicosia, Cyprus, said: ‘People should stay away from these locations and immediately take shelter

‘Even in the front room facing the explosion, one can be safe from the high airspeeds if positioned at the corners of the wall facing the blast.’

The Cypriot team used advanced modeling techniques to study how a nuclear blast wave speeds through a standing structure.

Their mock-up featured rooms, windows, doorways and corridors to work out air speed following the blast wave – and determine the best and worst places to be.

Co lead author Professor Dimitris Drikakis, from the same lab, said: ‘Before our study, the danger to people inside a concrete-reinforced building that withstands the blast wave was unclear.

‘Our study shows high air speeds remain a considerable hazard and can still result in severe injuries or even fatalities.’

Results showed simply being in a sturdy premises is not enough to avoid risk. Tight spaces increase air speed.

The blast wave causes air to reflect off walls and bend round corners – producing a force equivalent to up to 18 times a human’s body weight.

Dr Kokkinakis said: ‘The most dangerous critical indoor locations to avoid are the windows, the corridors and the doors.’

Time between the explosion and the arrival of the blast wave is only a few seconds – so quickly getting to a safe place is critical.

‘People should be concerned about all the above and seek immediate emergency assistance.’

There is no good place to be when a nuclear bomb goes off. Anything too close is instantly vapourised. Radiation poses a serious health threat – even at a distance.

In between, there is another danger – the blast wave generated by the explosion, which can produce airspeeds strong enough to lift people into the air and cause serious injury.

The researchers simulated an atomic bomb explosion from a typical intercontinental ballistic missile (ICBM) and the resulting blast wave to see how it would affect people sheltering indoors.

It was enough to topple some buildings and injure people caught outdoors. However, concrete structures can remain standing.

The researchers, whose findings were published in the journal Physics of Fluids, hope their advice will never need to be followed. But understanding the effects could help prevent injuries – and guide rescue efforts.

Solovyov, who Putin is said to watch avidly on state TV, has called on the Kremlin to target the West for supplying tanks and other weapons to Ukraine.

He said: ‘There is a full-scale Third World War. Britain made a decision. Therefore, any military target on the territory of Britain and France are legitimate for us to strike.

‘We need to make it official and if necessary, then we can use tactical nuclear weapons.’