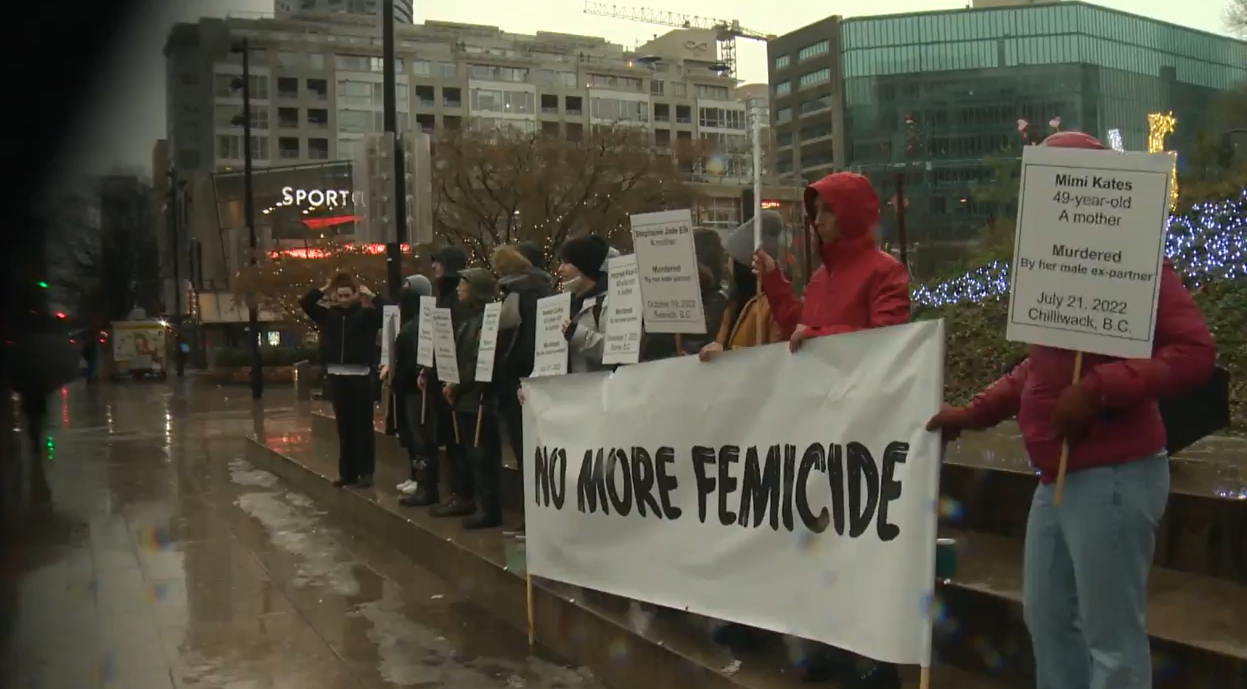 A phone, a smart home, a digitally connected car — these are the tools of digital domestic abuse that anti-violence experts say is on the rise.

“Methods that are sort of presented as advances in technology, whether it’s a smart home or a smart car, are just another method of surveillance that can be used to harass survivors in a variety of different ways,”said Amy FitzGerald, executive director at the BC Society of Transition Houses.

“Oftentimes, whatever gets reported might sound a little far fetched, but it turns out to be true.”

Intimate partner violence in Canada has been referred to as a “shadow pandemic,” intensifying during COVID-19 as lockdowns limited victims’ ability to leave abusive partners.

A Statistics Canada report, released on Oct. 19, shows police-reported family violence increased for the fifth consecutive year in 2021, with a total of 127,082 victims. This amounts to a rate of 336 victims per 100,000 people. On average, every six days a woman is killed by an intimate partner, the agency said.


“Perpetrators are using technology as another tool for their old behaviours of power and control, abuse and violence,” she said.

Abusers can track their partners in real-time, post harmful content online with little chance of removal, or impersonate, harass or threaten partners through a variety of technologies, she said.

While “it can be very powerful evidence in court,” Wong said technology is most often used as a “continuation of violence,” ensuring the abuser’s omnipresence and making it difficult for victims to escape, even when they aren’t physically present.

He says the company helped a woman whose former partner would remotely take control of her smart home.

“During the summer, he would turn the heat up, during the winter, (he) would turn the air conditioning on. He was able to turn power on open doors, open windows, all remotely because the home was a smart home.”

Laur also warned about abusers tracking the location of a victim’s vehicle using a cellphone app.

In August 2021, the BC Society of Transition Houses surveyed anti-violence programs across the province. Out of 137 respondents, 89 per cent said women they worked with had disclosed some form of technology-facilitated abuse.

“Harassment has been ranked the most popular form of tech-related violence that increased significantly during the COVID-19 pandemic,” the newly released report said.

Angela Marie MacDougall, executive director of Battered Women Support Services, said “technology is baked into each and every” case the organization sees, but policy and laws have not kept up with digital advancements.


“If we understand that reporting to the police is very challenging, and already there’s huge limitations in terms of how effective the police can be, when we add the issue around technology, it’s even harder,” she said.

Jane Bailey, a law professor at the University of Ottawa, agreed, saying there is a need to apply existing laws to a digital context.

“The law should be more responsive, meaning we should be using the laws that we already have,” she said.

She noted that some victims do not want to pursue legal action or involve the police.

“But if they do want to, I think it’s fair that we make it possible for them to do that.”

The federal government established an expert advisory group on online safety in March, which is mandated to provide advice on how to design the legislative and regulatory framework to address harmful content online.

Bailey said she is eagerly waiting for its release.

“I’m certainly hopeful that there will be some sort of agency that’s established that’s there to actually help people,” she said.

Bailey said she hopes the model is similar to Australia’s e-safety commissioner, the country’s independent regulator for online safety that is equipped with a complaints service.

However, many advocates quickly criticized the plan for listing broad goals while lacking specific commitments to standardize and improve access to supports for victims across Canada.

Among them was Lise Martin, executive director at Women’s Shelters Canada.

“There’s no sense of coordination. There’s no accountability,” she said in an interview.

Martin co-led a team of more than 40 experts that published a road map for a national action plan last year. The report included more than 100 recommendations for the government, including ensuring safe and accessible public transportation, expanding affordable housing and bolstering data collection on topics including tech-facilitated violence.

The group has said technology can also allow for access to services but cited connectivity issues, specifically in remote and rural communities, as an ongoing issue. Victims’ access to help, it said in a news release, “should not depend on their postal code.”

“While we appreciate that TFGBV (tech-facilitated gender based violence) is included in the document released by the federal government, we’re still concerned that each province and territory can pick and choose from the menu of options presented,” Women’s Shelters Canada said in an email.

“This could result in some areas of the country having full supports for those experiencing TFGBV — which is what we want — and others continuing to not fully understand the implications of technology being misused as a tool to perpetrate intimate partner violence.”

Wong, the organization’s technology safety project manager, said it will be launching a national website on the topic next year. She expects it will be made publicly available by mid-February.

“We hope that it will be a safe space where folks from across the country who are experiencing tech-facilitated violence can come to start getting the resources and information that they need to move forward,” she said.