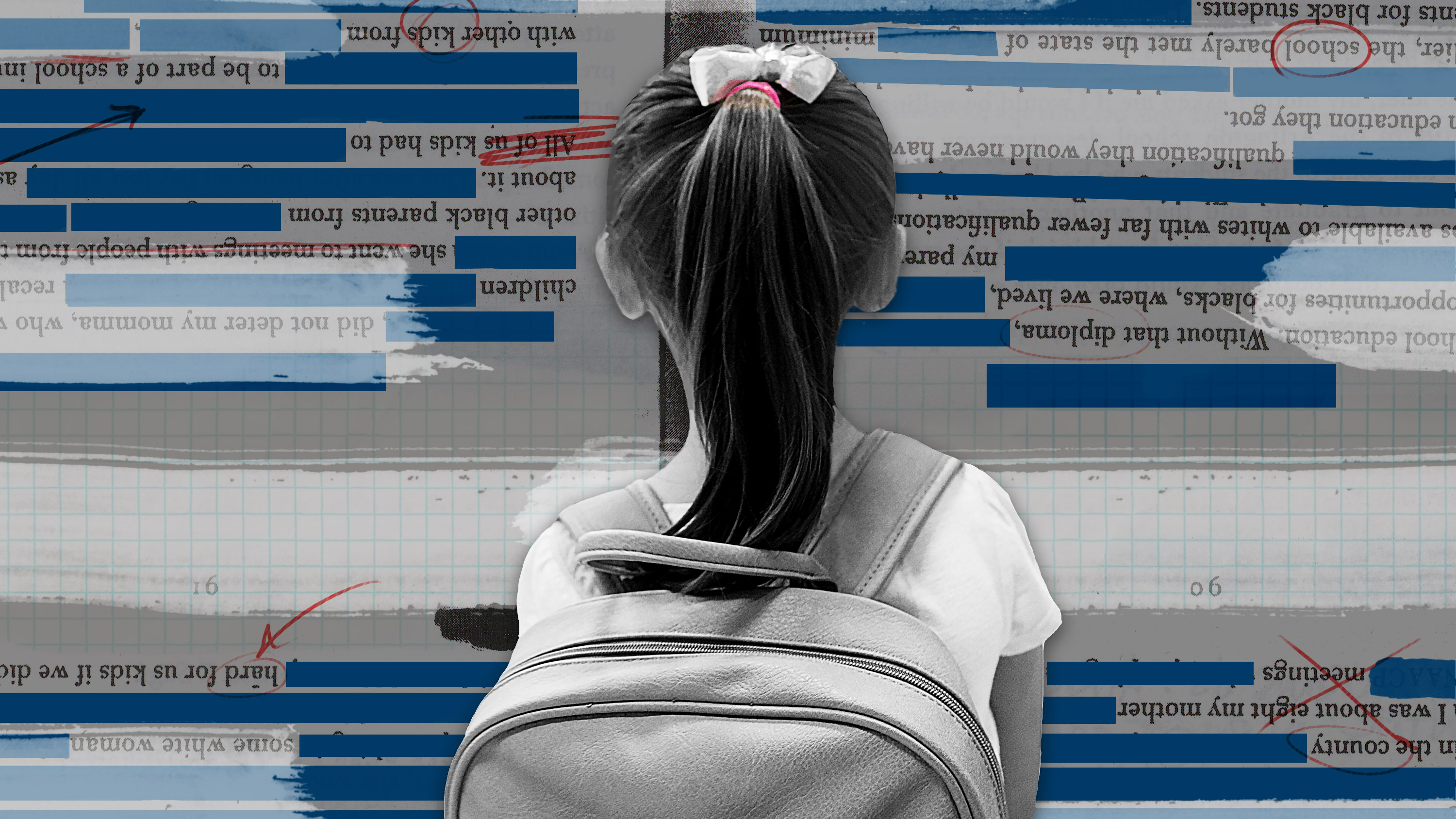 Conservative Facebook groups that rate and review children’s books are being used as a way to campaign for restricting certain books in school libraries or removing them altogether.

It’s the latest development in a debate tearing up the US in recent weeks as schools open for the new year. In October 2021, Matt Krause, a Republican member of the Texas state legislature, created a spreadsheet of books affected by the state’s House Bill 3979, which bans the teaching of materials that would lead to “an individual [feeling] discomfort, guilt, anguish, or any other form of psychological distress on account of the individual’s race or sex.”

That spreadsheet has now become a blueprint for conservative groups, which have adopted it as a guide to challenging books in school districts and in some cases successfully removing them from schools.

Anti-book-ban activists say the groups aren’t objective and are doing harm. Laney Hawes is a mother in Keller Independent School District in Tarrant County, Texas, where 41 books were recently pulled after lobbying from Facebook parent groups. She says she and other parents are open to compromise and discussion but that conservative parents aren’t bending.

“We are never all going to agree on what’s appropriate for our children, but I have to make that decision for my children, and it is not my right to make that decision for every other child,” says Hawes, who leads several Facebook parent groups countering local books bans. “These books share the stories of the most marginalized people, and oppression and marginalization can be gritty and uncomfortable and violent, and unfortunately, it can be sexual. But it’s so important we don’t quiet them.”

Conservative activist Michelle Beavers doesn’t agree. When she went to her child’s junior high school in Florida for a school advisory committee meeting last year, she came across a carousel in the library that contained books she describes as containing “pornography.”

“It was disturbing to me,” Beavers says. She wanted to root out books like these from her child’s school but felt that the effort was too much for her to take on alone. “These books were easy to spot because they’re graphic novels, but other books you have to actually read,” she says. “And that’s a problem. It takes work.”

So Beavers created BookLook, a site that gathers adult volunteers to rate and review children’s books. The ratings are “meant to be a quick guide for busy parents who want to know what objectionable material is found between a book’s covers,” according to the site.  Books are graded on a scale of 0 to 5, with 0 being content for everyone and 5 being “aberrant” content, including sexual assault and battery.

In between are markers indicating the amount of parental guidance suggested, based on drug and alcohol use, “hate,” violence, and profanity: 1 for young children, 2 for younger teens, and 3 for older teens. Books that get ratings of 4 (“definitely adult only”) and 5 are often flagged to be pulled off shelves, Beavers says: “These are explicit books. If you want to see those, go to your local bookstore or public library. Not school.”

On Facebook, different conservative groups have different strategies for assessing the books found in schools. Some, like LaVerna in the Library, post screenshots of “offensive” passages so that volunteers can rate them. In others, like Safe Library Books for Kids — Arkansas, parents trade tips about where to look for content they might object to, such as targeting coming-of-age novels or memoirs and searching for specific words. Beavers works with both groups to help identify titles. (Facebook did not respond to a request for comment.)

Conservative activists are becoming increasingly powerful in determining what books are on school shelves. Districts in Texas have begun to require parent approval for books; in Utah, parents not only have the power to control what books their child checks out but have equal standing with educators to challenge and review books for inclusion in the library at all.

That policy in Utah is perhaps one of the conservative parent groups’ first success stories. Beavers says BookLook doesn’t track how parents use the reviews for school policy challenges, but the group Utah Parents United is featured on the site as a “guardian of the library” and was instrumental in getting the state to implement its current system. Beavers herself has testified at her local Brevard County school district, successfully challenging 19 books for review in May.

But those challenges aren’t coming without a fight, on Facebook and elsewhere. One organization opposed to the book bans, the Florida Freedom to Read Project, says rating systems like BookLook’s ignore the fact that teachers and librarians are specifically trained to recommend books on the basis of a child’s development, interests, and maturity, even though materials are currently slotted into suggested age ranges by publishers and editors.

“They [conservative rate-and-review groups] want to restrict what is available for everyone else, but these rating systems are done by people who don’t have any expertise,” says Stephana Ferrell, a co-founder of the FFTRP. “We would never do an opposing system. Another rating system is not needed.”

Groups like Ferrell’s are concerned that ratings are erasing the voices of those in marginalized communities. “Those reviewers that focus solely on controversial topics with the goal of limiting access to books with which they disagree reflect a bias that fails to take into account the needs of the diverse families and individuals served by public schools and libraries,” Deborah Caldwell-Stone, the director of the American Library Association’s Office for Intellectual Freedom, said in a statement.

Many parents in the conservative groups say pornography is one of their major concerns. Beavers, for example, cites an oral sex scene in Maia Kobabe’s Gender Queer, a coming-of-age graphic novel, as the reason why she was spurred to action. Gender Queer has been banned in many schools across the country.

“We are asking for books to be reviewed and put up against pornography laws and judging what would be appropriate for a school setting,” she says. But her group’s view of what counts as pornographic don’t always tally with the laws. On August 30, a Virginia court dismissed claims that Gender Queer and another book, A Court of Mist and Fury by Sarah J. Maas, were obscene. The dismissal means that liberal groups now have grounds to challenge the book’s bans in other states.

Ferrell says FFTRP’s work was founded when conservative activists began lobbying to remove Gender Queer from her local district. She and her co-founder have purchased books to distribute to local librarians and also held public giveaways of books featuring diverse voices.

To her, the fight is about the quality of education for her children. “Most parents want to give their child more, not less, access,” she says. “I really worry about the future of children’s education because of this.”

Summary: An efficient CMS platform is essential for providing a flawless digital customer experience. However, choosing a suitable CMS from a long list of...
Read more