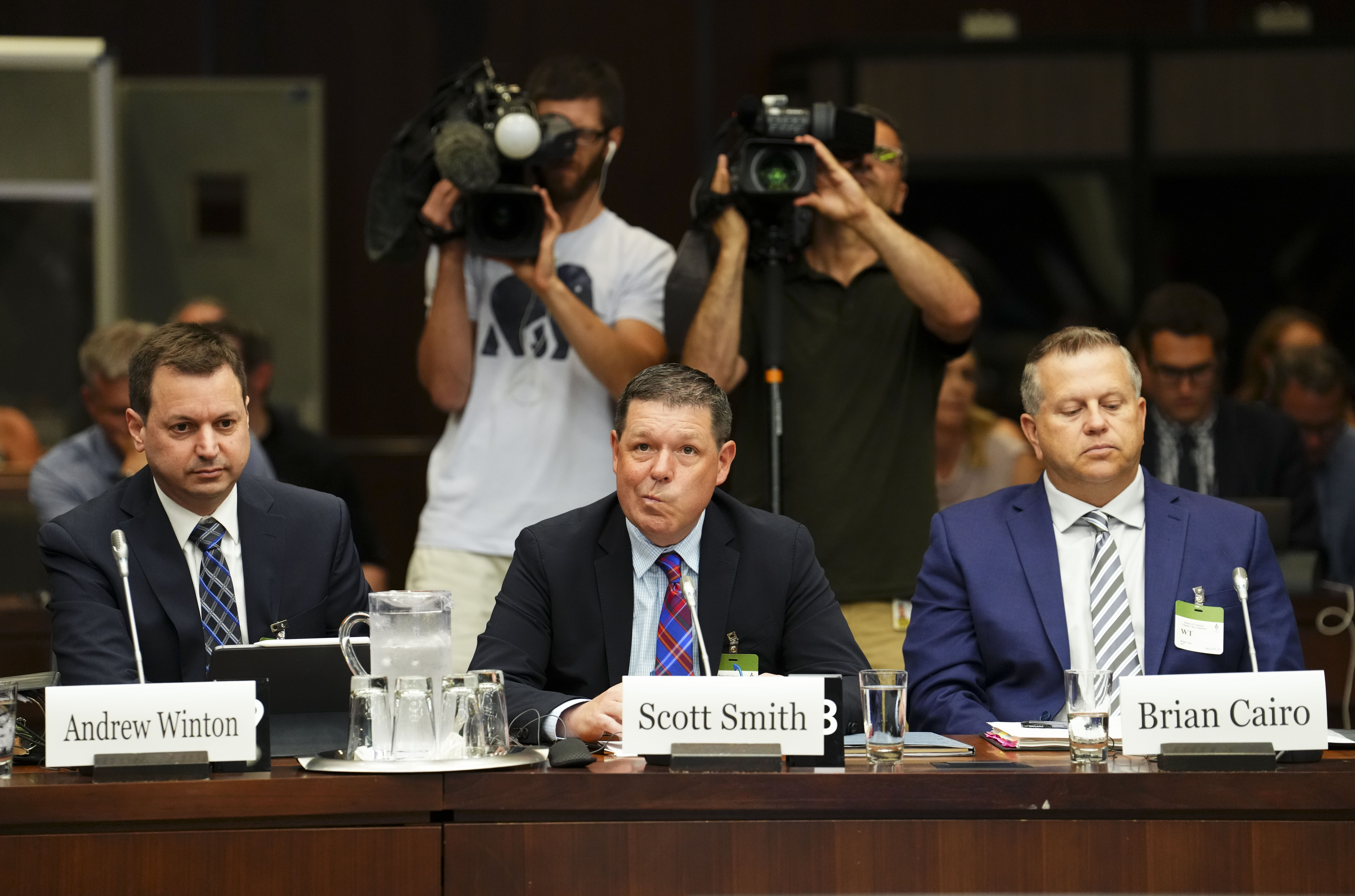 Hockey Canada asked the federal government in 2019 if it could self-govern its safe-sport cases, despite facing a “significant potential claim.”

In a three-page email to the Sport Minister’s office, Hockey Canada boasted about its safe-sport management that was “second to none,” but voiced concerns both about any third-party mechanism for investigations, and the new toll-free number for reporting abuse.

The email signed by Glen McCurdie, who was then Hockey Canada’s vice-president of insurance and risk management, also detailed Hockey Canada’s National Equity Fund used for uninsured liabilities, including sexual abuse claims, the organization has maintained since the “late 1990s.”

“It is no secret that Hockey Canada was forced into action regarding sexual misconduct specifically following the Graham James/Sheldon Kennedy revelations that rocked not only our sport, but the nation as a whole in the late 1990s,” McCurdie wrote in the email obtained by The Canadian Press.

“We take great pride in what we have accomplished and continue to accomplish. When we were first faced with this situation, we had financial issues to deal with, in terms of unfunded claims coming at us from hockey players, professional and otherwise. We also had to deal with the establishment of a program our members could access in the event they had similar concerns that were less public in nature.

“We dealt with our ‘financial obligations’ by addressing claim and reports of potential claims in an upfront manner.”

The sport’s national body has been under intense scrutiny since news of an alleged sexual assault following a 2018 gala in London, Ont., involving eight unidentified players — including members of that year’s world junior team — and subsequent hushed settlement broke in May.

None of the allegations have been proven in court.

Hockey Canada has had federal funding cut off because of its handling of the case and settlement, while a number of corporations paused sponsorship dollars.

Kirsty Duncan, Minister of Science and Sport from 2015 to 2019, said she didn’t receive Hockey Canada’s email addressed to Michael Paramathasan, a former senior policy adviser for the sport minister, when it was sent Oct. 29, 2019.

“From that letter, this is an organization that just doesn’t get it, and doesn’t get it three decades after the horror of what Sheldon Kennedy experienced, after Larry Nassar and U.S. gymnastics,” Duncan told The Canadian Press. “And I think what the letter shows is the real thinking, the thinking behind closed doors, and not when the eyes of the nation are watching and judging.”

1:56
Alleged victim denies Hockey Canada’s initial claims she did not cooperate with police

Duncan had announced several safe-sport initiatives in March of 2019, including a national toll-free confidential helpline for victims and witnesses of abuse in sport. She also announced national sport organizations (NSOs) must have a safe-sport policy and make provisions for access to a third-party investigator.

McCurdie wrote that what was unlikely to be known by most Hockey Canada members, “or the Canadian sport system as a whole, is that we also bought an insurance product to deal with sexual abuse/misconduct claims on a retroactive basis.”

News of this “product” exploded in July when Hockey Canada officials told House of Commons’ heritage committee it used the organization’s National Equity Fund, which draws on minor hockey membership fees, to pay out $7.6 million in uninsured claims across nine settlements related to sexual assault or abuse since 1989. That figure did not include the alleged London incident.

McCurdie wrote that he couldn’t “go into specifics” about the significant potential claim, but said the ability to access counsel, crisis communications, etc., assisted us in an “immeasurable manner.

“If we were to be impeded by a ‘sport process’ by which we needed to go through a reporting and approval mechanism by some, as yet unnamed third party organization, we firmly believe irreparable harm could have been levied upon us,” he continued.

McCurdie noted in the potential claim mentioned, the athlete(s) are the alleged perpetrator(s), not the victim.

“The concept of a third party investigation firm would have eliminated our capacity to actually protect the athletes in this situation, there is no doubt about this,” he wrote, adding that Hockey Canada believes in tailored solutions to specific problems, and that a uniform process for every sport would be detrimental to an NSO’s ability to deal with certain situations.

McCurdie’s arguments with the toll-free abuse line pilot project, he said, were largely around the sheer volume of complaints, many of which “are not necessarily valid. We do have many parents who use complaints of this nature as the basis upon which to change teams/associations.”

Neither Hockey Canada nor Paramathasan immediately responded to requests for comment.

Both Prime Minister Justin Trudeau and Kennedy recently condemned Hockey Canada’s leadership, saying it has lost the confidence of Canadians. Their comments came after the federation’s board of directors announced it supported president and chief executive officer Scott Smith and his executive team despite calls for change of the organization’s leadership.

“Hockey Canada does not wish to be encumbered by a system or process that ties our hands and does not allow us to manage a situation as we deem necessary,” McCurdie wrote. “We are simply asking that you keep this in mind as you continue to lead us in a collective safe sport strategy.”

“I’d like to know if they’re still proud of their success in this area.”

NDP MP Peter Julian, meanwhile, is asking the federal government to conduct a thorough audit of Hockey Canada’s finances dating back to 2016.

The request, made in a letter to Minister of Sport Pascale St-Onge on Sept. 6, references thousands of dollars in expenses attributed to the sport’s national governing body, including high-end dinners, luxurious hotel suites and championship rings for board members.