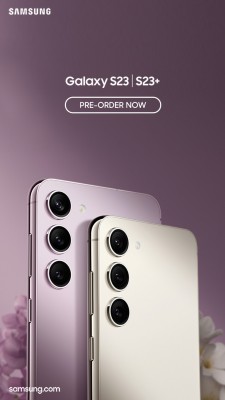 There is little that we don’t know about the Galaxy S23 series already, but a few details are still trickling in. For starters, Evan Blass has dug up images that show the hero color for each phone. These are clearly intended to lead consumers to the pre-order pages once they go live. 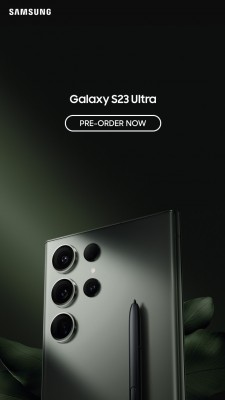 Botanic Green is Samsung Galaxy S23 Ultra’s favorite color. As for its smaller siblings, the Galaxy S23 prefers Cotton Flower, while the Galaxy S23+ favors Misty Lilac. From what we’ve seen so far, the three models will come in the same four colorways (the fourth beings the standard Phantom Black), check out more images here. By the way, Samsung.com usually has some exclusive colorways, these four are for carriers and retailers.

Finally, a list of the image sensors that will be used by the Galaxy S23 Ultra. It’s already clear that the 200MP ISOCELL HP2 will be replacing the 108MP HM3 in the main module. The ultra wide is swapping from one 12MP sensor to another (Sony IMX563 to IMX564), the 3x and 10x telephoto modules will keep using the same sensor as before (IMX754). And as you may have already heard, the selfie camera is dropping to 12MP with an ISOCELL 3LU replacing the GH1 (the S23 and S23+ will presumably use the same sensor).

In case you missed it, earlier today camera samples from the Galaxy S23 Ultra showed off its low-light photography skills.

The Galaxy S23 series will be unveiled next week and pre-orders should start immediately (well, you can already book a unit, but that is more a case of securing an early bird discount rather than a proper pre-order).