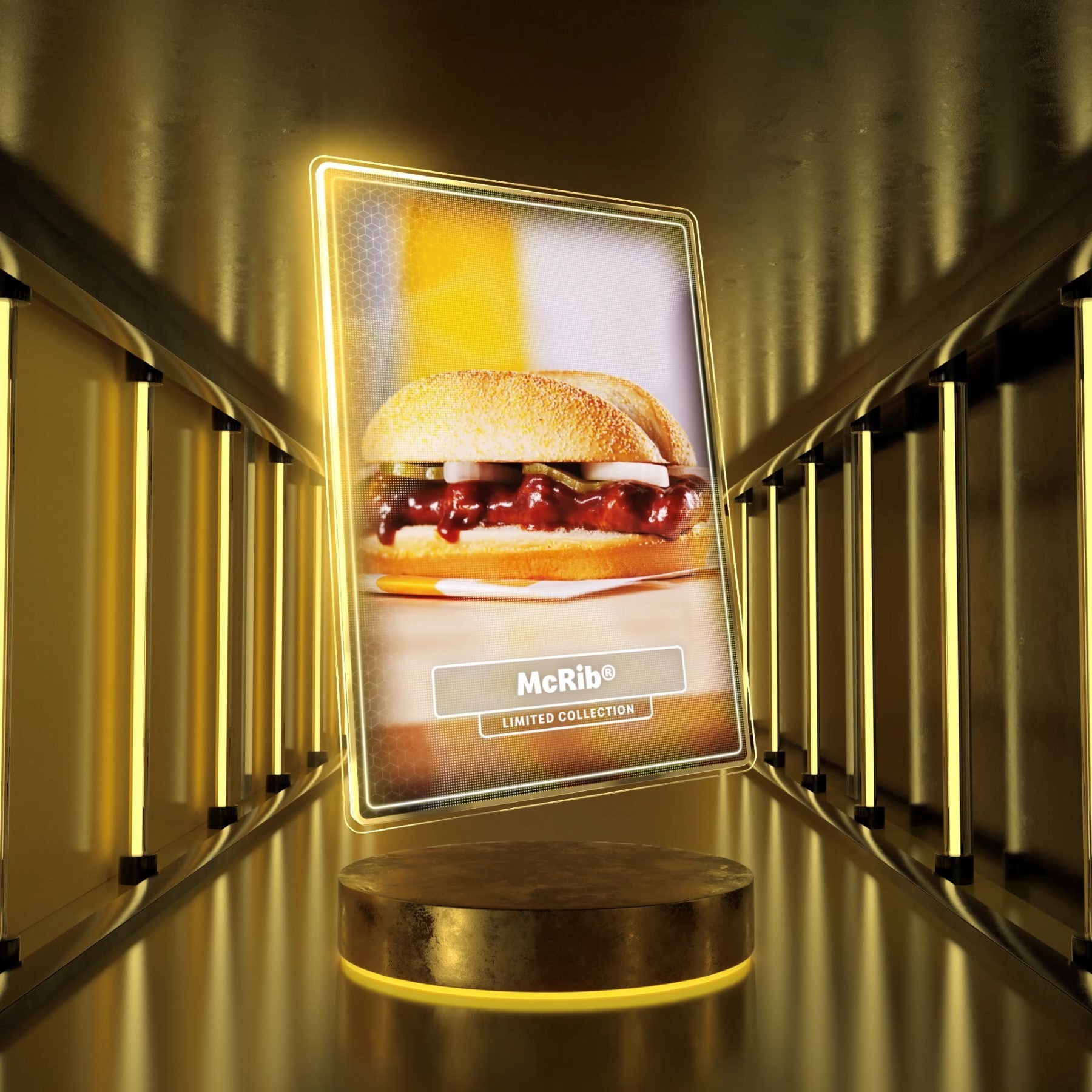 McDonald’s is holding a competition to give away its first-ever set of NFTs.

If you’re unsure what an NFT is, it’s a non-fungible token or, basically, a unique piece of data that you can demonstrably own.

They became big over the summer as everyone tried to cash in on ‘owning’ a piece of digital data.

Similar to cryptocurrency, NFTs are recorded in a public ledger and can be traded – sometimes for real money.

As a sign of how ridiculous this has become, fast food giant McDonald’s is getting in on the fun.

The chain is going to give away 10 NFTs as part of a competition marking the 40th anniversary of the McRib.

To be considered, you need to retweet McDonald’s tweet to be entered into the sweepstake.

Why you’d want an NFT of a McRib is your own business. But you never know, it could be worth something one day.

‘Our McRib NFTs are digital versions of the fan favorite sandwich – almost as saucy as the McRib itself– and we’re giving them away to a few lucky fans on Twitter beginning Nov. 1,’ McDonald’s wrote.

‘By Nov. 12 we’ll select 10 fans who will receive the exclusive McRib NFT to add to their personal collection and enjoy even when it’s not on the menu.’

What is an NFT?

Things that are fungible can be swapped for an asset of the exact same type and value – traditional currencies such as the pound work like this.

When something is non-fungible, it cannot be changed this way because it is unique. Think of it like a famous painting or a rare trading card – there will only be one original, no matter how many copies are made.

An NFT is a distinct cryptographic token that cannot be replicated, which acts as a certificate of ownership for virtual items.

The blockchain protocol, though wrapped in complicated maths and terminology, is a publicly available document that proved no two NFTs are the same. If you owned an NFT, it was indisputably yours.

Anthony Hamer-Hodges, Programme Leader of Music Business Management at London College of Creative Media (LCCM), told Metro.co.uk: ‘The current hype around NFTs is interesting as it demonstrates these essential economic principles of scarcity, value, supply and demand whilst simultaneously being much harder to pin down.’

What is the point?

Physical works of art and other rare memorabilia have long been sold for large sums of money but if you create something digitally it is hard to make gains.

So NFT offers a chance for artists in the internet age to make some money by selling ownership to anyone who wants it, and we have already seen popular GIFs such as the Nyan Cat raise more than £375,000 worth of Ether cryptocurrency.

The artist behind Nyan Cat, Chris Torres, recently told The Verge: ‘It gives power to the creator.

‘The creator originally owns it, and then they can sell it and directly monetise and have recognition for their work.’

Selling a digital asset does not mean the original creator loses copyright either, unless it is explicitly stated as part of the sale.

Of course, this does not stop the image being easily copied by anyone online, but an NFT provides someone the honour of knowing they ‘own’ the original image.

As with any blockchain system, records cannot be forged or divided, as they are logged on computers around the world that are part of the network, meaning ownership is verifiable.

‘Traditional art is confined to time and space,’ he recently tweeted.

‘You have to be in the right city, go to a museum, be invited to someone’s home, etc. Anyone, anywhere with an Internet connection can view NFTs and take them in.’