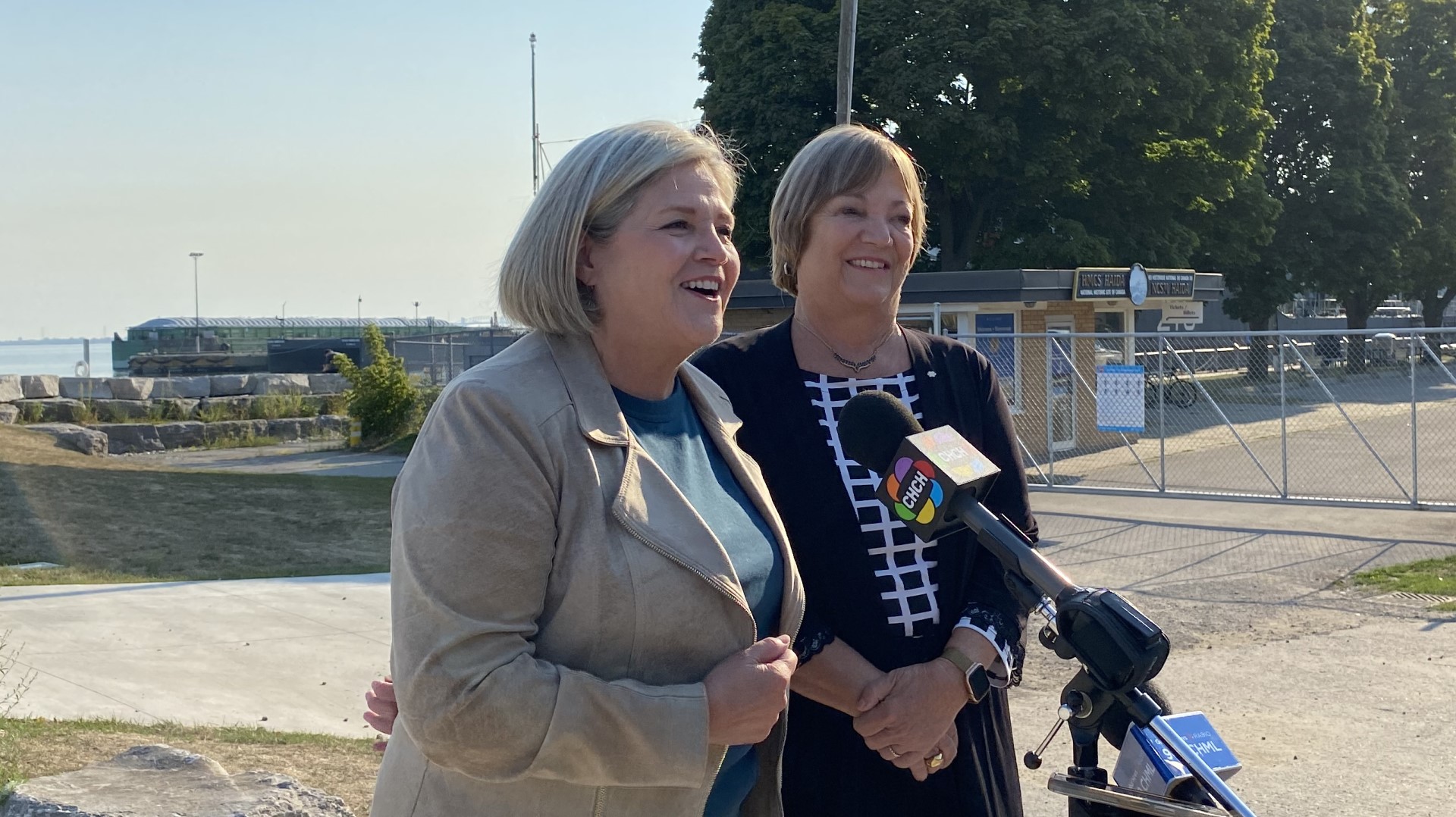 A former Ontario NDP leader put Hamilton’s housing crisis at the top of her list of priorities should she ascend to the role of mayor following October’s municipal election.

In a campaign event Monday morning, Andrea Horwath revealed her mayoral platform putting “action on housing” as a top target in an effort to make the city “a more affordable place to live.”

“I will make meaningful progress to address one of the major causes of Hamilton’s housing crisis – that there is simply not enough of the right kind of housing available,” Horwath said in her platform.

Horwath eluded to clear targets for housing starts, overhauling the development approvals and management process, leveraging relationships at Queen’s Park and in Ottawa as well as attaching city owned land to housing projects as specific actions to fulfill the plan.

Expanding on the city’s homelessness crisis during a Q and A at the Playhouse Theatre on Sherman Avenue Monday, Horwath suggested supports to keep people sheltered doesn’t exist.

“I don’t believe the solution is one that’s a band-aid, like what we’ve been doing thus far,” Horwath said.

“I think we have to really get serious about providing the kinds of shelter opportunities and supports necessary to keep people housed.”

3:42
What’s next for the funeral of Queen Elizabeth II


Tackling a $2.3-billion infrastructure backlog, keeping property tax “as low as possible,” more public transparency on issues, increasing the city’s footprint in film and TV, and renewing a city transit plan were also on Horwath’s list of priorities.

A four-year plan to meet annual infrastructure funding and construction targets, a task force to boost revenue generation in the city, a public advisory committee to improve access to city governors and investments in the film and studio office at City Hall were Horwath’s action plan.

Expansion of transit into rural areas of the city, like Flamborough, bumping up service for underserved business areas is also a significant part of Horwath’s campaign objectives.

“What I hear from a lot of these communities is they need transit to be accessible to their to their small business districts because there’s not a population base that provides the workforce they need to staff up their businesses,” Horwath remarked.

“Particularly entry level jobs, where people are not earning enough money to own, operate, pay insurance and gas for a car.”

Horwath is the only woman of the nine candidates registered to run for mayor.

Restoring accountability at city hall is the most common theme included in platforms from most of the candidates vying for the city’s top political job.

Last month, Bratina touched on recent “scandals” like the massive spill of wastewater into Chedoke Creek and buried 2013 friction safety report on the Red Hill Valley Parkway as examples of issues he would prevent from happening again during a return to the mayors seat.

Horwath agreed both matters have created “a sense of distrust” with residents particularly since they compromise the publics’ health, safety and well-being.

“There … you might have lawyers saying, you know, there’s risk here, there’s risk there, but what about the risk to people’s well-being and their health and their safety? I think that also has to be number one,” said Horwath.

The former head of the Hamilton’s taxi drivers’ union, Ejaz Butt, has gone as far as suggesting he will disclose all lawsuits involving the city should he be elected.

Loomis advocated in his platform on Friday that the current mindset of leadership in the city needs to change and that he would bring “fresh ideas” to counter council’s existing “worn-out and recycled politicians.”

“The kind of change that makes a difference in the lives of all Hamiltonians, real change that will bring fresh ideas and a new vision for our future city,” Loomis said during his campaign announcement at Merit Brewing on James Street North.

Hamiltonians will go to the polls on Oct. 24 but can also vote by mail, provided they register to receive a municipal election voting package by Sept. 22.

More than 92 individuals signed on for a voice in council including the nine mayoral hopefuls looking to succeed Mayor Fred Eisenberger.

Eighty-three are hoping to represent constituents as councillors.