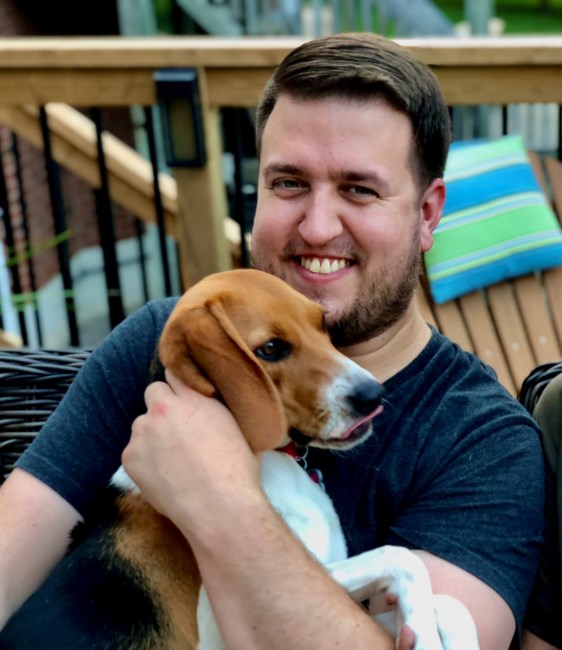 Two staff members at the Halifax Alehouse are scheduled to appear in court next week on assault charges.

Alexander Pishori Levy, 37, and Matthew Brenton Day, 33, were each charged with one count of assault in relation to an incident at the bar on Oct. 10, 2022.

According to Halifax Regional Police spokesperson Const. John MacLeod, police responded to a report of an “unwanted person” at 5287 Prince St., around 2:35 that morning. The incident turned out to be at the Halifax Alehouse, located next door.

“Staff asked to have a patron removed for damaging property inside the bar. Upon arrival, the man was being restrained by bar staff outside the establishment,” MacLeod said.

“The man reported that he had been assaulted by staff members.”

Levy and Day, both Alehouse staff, each face one count of assault. The allegations have not been proven in court and the pair are scheduled to appear in Halifax Provincial Court on Jan. 23 for election and/or pleas.

The court date marks nearly one month since a man died after police found him unresponsive near the Halifax Alehouse.

Police said last month that officers responded to a report of a “disturbance involving several people” in the 1700 block of Brunswick Street around 1:15 a.m. on Dec. 24.

A man was found unresponsive on the sidewalk of Prince Street, just east of Brunswick Street. He was transported to hospital, where he later died.

Police confirmed the death was a homicide, but have said little else about the incident.

The victim has been identified as 31-year-old Ryan Michael Sawyer. According to his obituary, he was born in Pickering, Ont., and attended Kings Edgehill School and Dalhousie University in Nova Scotia before moving back to Ontario.

The obituary said he loved dogs and the Toronto Maple Leafs. He is survived by his twin brother and parents.

Police took a man into custody the day Sawyer died, but he was later released without charges.

“This is an ongoing investigation and it is not our practice to provide information in relation to anyone involved in a police investigation unless the person has been charged and the charges are sworn before the courts,” he said in an email.

While police have not named a suspect and little has been confirmed about the incident, a video and a recent complaint raise questions about the conduct of bouncers at the Halifax Alehouse.

On Dec. 25, a resident who lives in the area filed a liquor licensing complaint against the Alehouse pursuant to Section 29 of Nova Scotia’s Liquor Control Act, alleging the establishment is interfering with the quiet enjoyment of neighbouring properties.

“I have been a resident of Downtown Halifax for the last 9 years and as long as I can remember, the security staff (bouncers) at the Halifax Alehouse … have been overly eager to resort to violence,” said the complaint, provided anonymously to Global News.

Blaise Theriault, the spokesperson for the Department of Service Nova Scotia and Internal Services, would not confirm if the Alcohol, Gaming, Fuel and Tobacco Division received the complaint.

However, he said in a statement that liquor inspectors are “aware of the incident and are following up.”

“We are unable to comment further at this time,” he said.

As well, a short video clip sent to Global News, which appears to have been taken outside of the Halifax Alehouse, appears to show a man in a black baseball cap holding another man in a chokehold.

Two other people, including a man wearing a black jacket with “security” emblazoned on the back, appeared to also be restraining him. Another person could be seen lying on the ground beside him.

Man dead on Christmas Eve after disturbance in downtown Halifax

Const. MacLeod declined to comment on the video and Global News could not independently confirm the date the video was taken.

Halifax Alehouse owners Michel and Marcel Khoury did not answer phone calls, voicemails or emails requesting comment for this story.

Peter Zed, the recognized agent for the business, also did not respond to multiple requests for comment.

Earlier this month, Global News attempted to go to the Alehouse to speak with a manager but was told nobody was available.

An earlier complaint against the Halifax Alehouse alleges the bar’s bouncers badly beat one of their patrons over the summer, leaving him with physical and mental trauma.

A notice of action was filed against the Alehouse on Sept. 23 in relation to the alleged incident on Aug. 14.

The notice of action alleged the plaintiff spotted his group of friends sitting outside and sat down with them.

It said he was asked to leave the property, and the man asked if he could finish his drink first.

“Suddenly, the plaintiff was attacked from behind and wrestled to the ground where multiple bouncers accused him of resisting when he was compliant with their repeated requests,” the statement of claim said.

It said the man was “held down for a period of time” before being escorted off the property.

It said the plaintiff suffered a number of injuries, including a fractured hyoid bone (in his neck); severe bruising and lacerations to his left elbow, both knees, lips and eyes; trauma to his entire face; and a concussion.

The notice of action said he also suffers from psychological trauma, sleep disruption, weight loss and dietary restrictions resulting from his injuries.

The incident “was the result of the carelessness, negligence and intentional actions of the bouncers,” it said. The bouncers were not named in the notice of action.

It accused the Halifax Alehouse of:

The plaintiff is seeking damages, including aggravated damages, damages for past medical expenses and future cost of care, past lost wages and loss of earning capacity or loss of future wages, and damages for pain, suffering and loss of enjoyment of life.

A video, purportedly of the incident, was posted to the social media website Reddit on Aug. 20. It appears to show multiple security staff members outside the Alehouse restraining a man on the ground.

The allegations in the notice of action have not been proven and court spokesperson Jennifer Stairs said they do not have a notice of defence on file.

Bouncers and bar security staff are not regulated in the province of Nova Scotia.

In a statement, Department of Justice spokesperson Peter McLaughlin said while the Private Investigators and Private Guards Act does regulate security businesses and security staff, an exemption was made for in-house security personnel employed directly by a business, such as door staff.

“It is the responsibility of bars and other licensed establishments to ensure their staff are trained,” he said.

McLaughlin said in 2010, an act that would have required in-house security staff “to be licensed and trained in a number of areas related to safety” received royal assent, but was not passed into law.

“We cannot comment on why that decision was made by a previous government,” he noted.