Home Gadgets Gurman: Apple Pay Later could be delayed to 2023 as it faces...
Gadgets 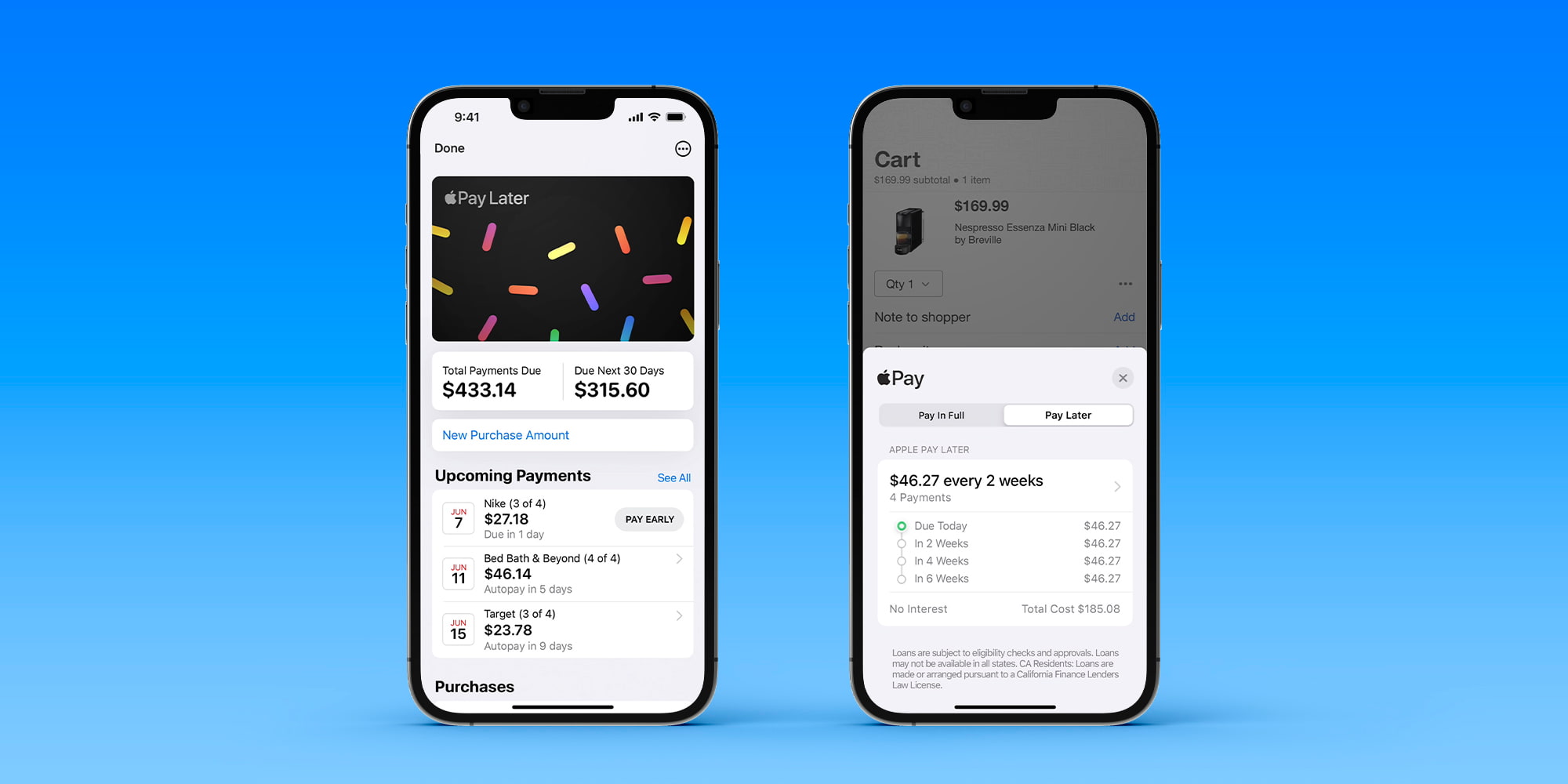 Apple Pay Later was announced during the WWDC 2022 keynote. It will be a way to let customers pay in installments simply by choosing the option in the Wallet app when they make payments. Rumored to be introduced this year, it seems this service could be delayed to Spring 2023 with iOS 16.4.

According to Bloomberg‘s Mark Gurman in his Power On newsletter, there’s a strong reason why Apple Pay Later will be delayed until the end of the iOS 16 cycle. He says that many iOS 16 features will miss the initial release but will be available later this year. Apple Pay Later is the only one that doesn’t have a time frame. He writes:

(…) iOS 16 was released on Sept. 12, and Apple Pay Later was a no-show. The company didn’t make any fuss or major disclosure about the delay, though it added the following message to the bottom of the iOS 16 website.

(…) This leads me to believe that the company isn’t completely certain when Apple Pay Later will be ready for launch. It’s possible the feature won’t arrive until iOS 16.4 in the spring. I’m hearing there have been fairly significant technical and engineering challenges in rolling out the service, leading to the delays.

Apple Pay Later will be an interesting addition for US customers, as it will have zero interest and no fees. Here’s how Apple describes this service:

Apple Pay Later provides users in the US with a seamless and secure way to split the cost of an Apple Pay purchase into four equal payments spread over six weeks, with zero interest and no fees of any kind.