Home Tech News Granny does Q&A from beyond the grave after AI was trained to...
Tech News 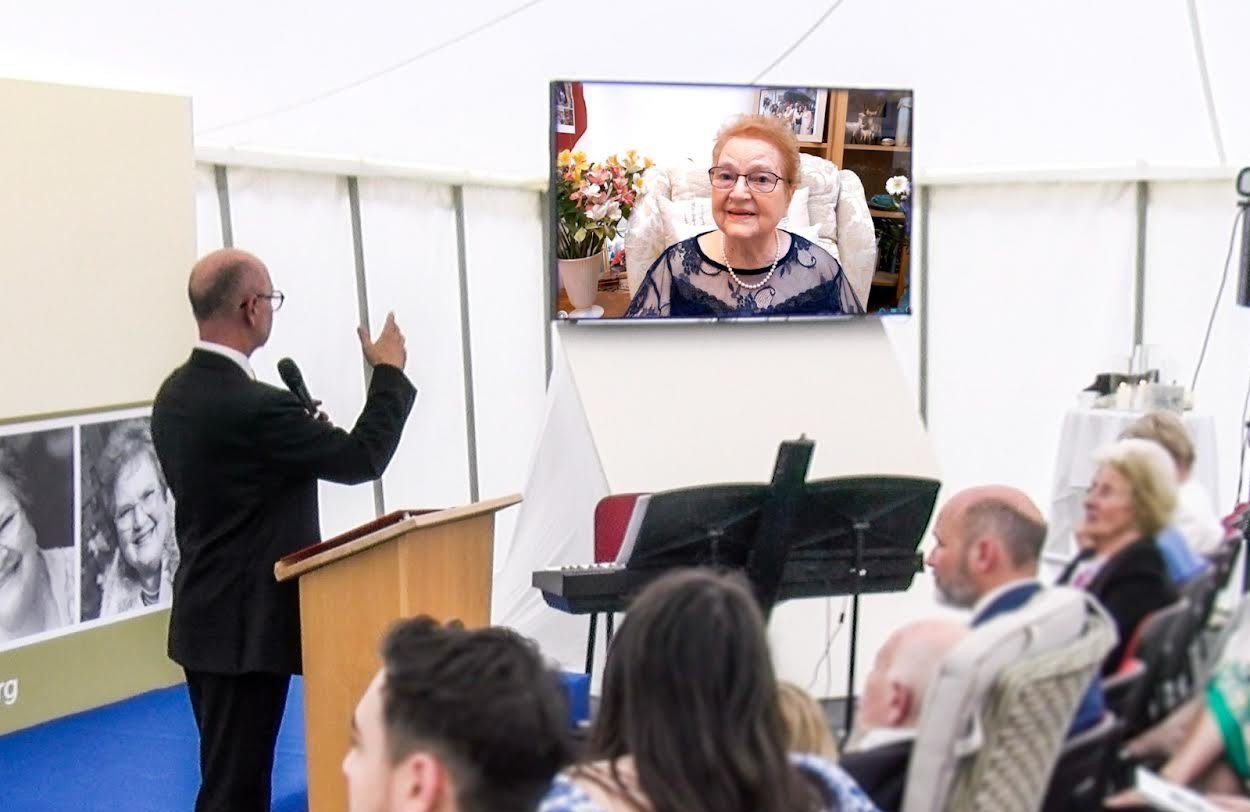 A woman who died in June has been able to answer questions at her own funeral with the help of artificial intellingence.

Holocaust educator Mariana Smith, 87, had previously recorded hours worth of details about her life, many of which were unknown to mourners.

Filmed on 20 synchronous cameras, the footage was then processed by experts who tagged the clips of Smith answering questions.

This trains an AI system to respond to mourners’ questions in a natural way that mimics a regular conversation.

Unlike ‘deep fake’ technology which can make a subject say things they didn’t in real life, the StoryFile system uses real responses to answer questions. If it doesn’t have an appropriate answer, it encourages audience members to ask another question.

Devised by her son, Stephen Smith, the technology has previously been used to preserve the stories of Holocaust survivors.

Describing the video, Stephen said: ‘Relatives were staggered by my mum’s new honesty at her funeral. She had been too embarrassed to reveal her true childhood.

‘A question about it at the funeral suddenly had her revealing her childhood in India that we knew nothing about.’

For the first time, family members heard about ‘difficult topics such as the divorce of her parents and living as an immigrant from India,’ Stephen told The Telegraph.

‘She was also prepared to answer interesting questions about her points of view on politics, the environment and the future, which was interesting because I had never had those conversations with her before.’

As well as her childhood in India, Stephen learnt more about his mother’s spiritual beliefs. She was a Seventh-Day Adventist, meaning she celebrated the sabbath on Saturdays.

A devoted Holocaust campaigner, she set up the UK’s National Holocaust Centre in 1995.

Stephen said Storyfile’s technology would appeal to people who have felt unable to share parts of their lives with the relatives.

He explained: ‘People feel emboldened when recording their data. Mourners might get a freer, truer version of their lost loved one.’

The technology, which was previously used to record the memories of Star Trek actor William Shatner, is similar to other software platforms developed in recent years to help families grieve.

HereAfter AI’s ‘Life Story Avatar’ also allows relatives to hold ‘conversations’ with loved ones after they have passed away.

The app can share memories, advice and even jokes with loved ones, all populated from voice recordings made before a person dies.


MORE : I miss my dead parents’ voices – but I don’t want them talking to me through Alexa


MORE : ‘The grief will never go – but talking about it makes you realise you’re not alone’