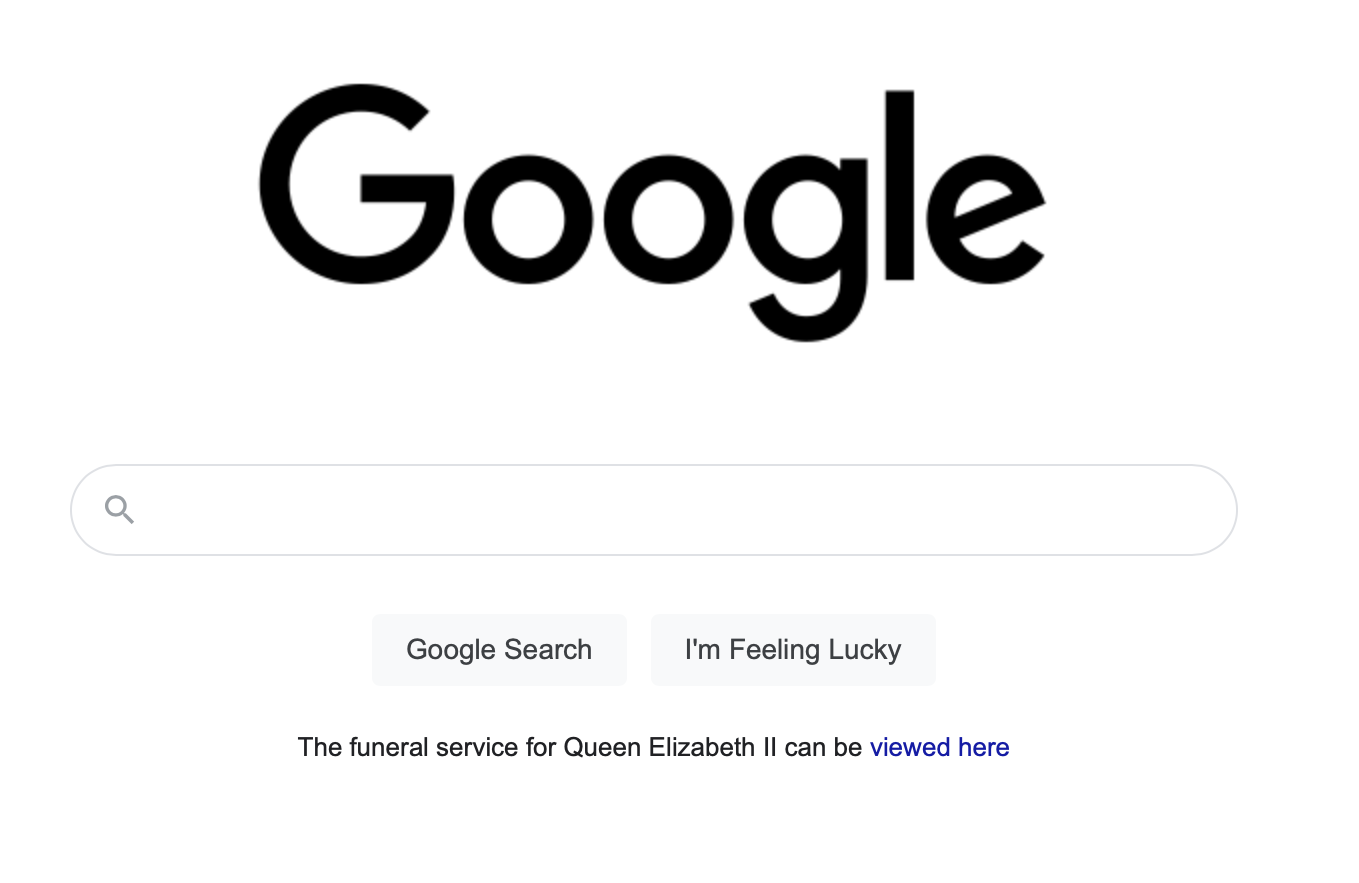 Google has changed its iconic logo to an all black version on its homepage to mark the Queen’s funeral today.

The search engine giant’s usual bright red, yellow, blue and green colours was replaced by a sombre grey in the UK on the day of the Queen’s death on September 9.

Today, the logo turned black along with a link to watch the funeral service for Queen Elizabeth II.

At 00:00 BST on Sunday, the famous logo changed from grey to black in the UK.

‘Her steadfast leadership and public service have been a constant through many of our lifetimes. She will be missed,’ tweeted Pichai.

‘I feel honored to have met HM Queen Elizabeth, and I am very sad to hear of her passing. My deepest condolences to the Royal Family and the British people,’ Gates wrote in a Twitter post.

Meanwhile, Bezos said: ‘I can think of no one who better personified duty. My deepest condolences to all the Brits mourning her passing today.’

The Queen’s coffin has begun its final journey from Westminster Abbey to Windsor Castle.

Hundreds of thousands of well-wishers flocked to London and are lining the route through the capital to say their last goodbyes, while millions around the globe are watching proceedings on TV.

There was a hush from the crowd in Whitehall, as the funeral procession moved past the Cabinet War Rooms, the Cenotaph and Downing Street.

Some emerged from balconies and windows, clad in black, while those on the street craned their necks and clutched cameras as they awaited the chance to say goodbye to the monarch.

As the procession moved past the Cenotaph, the King, the Prince of Wales, the Princess Royal and the Earl of Wessex saluted the memorial to Britain and the Commonwealth soldiers killed in the First and Second World Wars.