Google Pixel 6 in for review 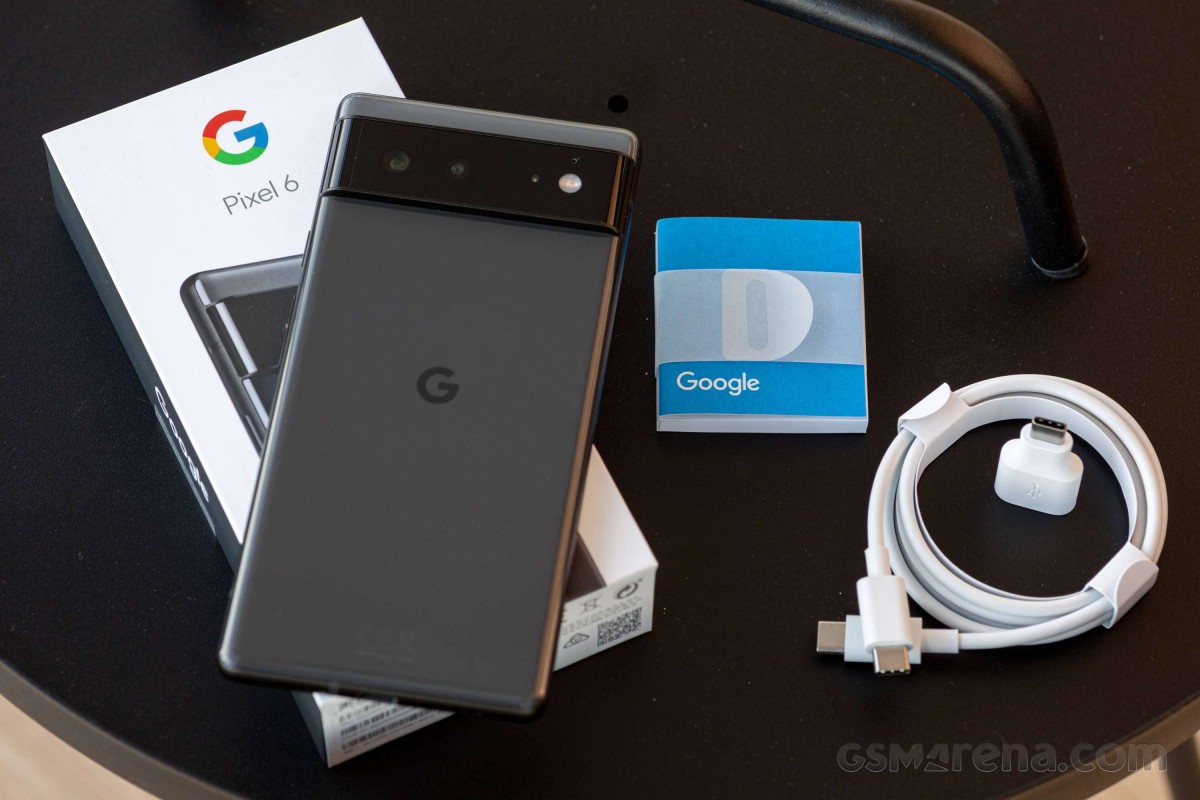 Google introduced the Pixel 6 and Pixel 6 Pro last month and offically came back to the flagship game. We already reviewed the Pro variant, and now we have the vanilla model with us. Our unit comes in the Stormy Black color, but you also can buy one in Sorta Seafoam or Kinda Coral shades.

The Google Pixel 6’s retail package is the same as the Pro version’s – you get a USB-C cable, a quick switch adapter, a SIM ejector tool, and the usual paperwork. There’s no power adapter in the box, though, so you’ll have to shell out extra money if you don’t have a compatible charger.

Like the Pixel 6 Pro, the vanilla Pixel 6 is powered by Google’s homegrown Tensor chip, paired with 8GB RAM. Unlike the Pro version, the vanilla model doesn’t come in a 12GB RAM trim, but you do get two storage options – 128GB and 256GB.

On the software front, the Pixel 6 boots Android 12, and Google has promised to deliver Android version updates for three years and security updates for at least five years. 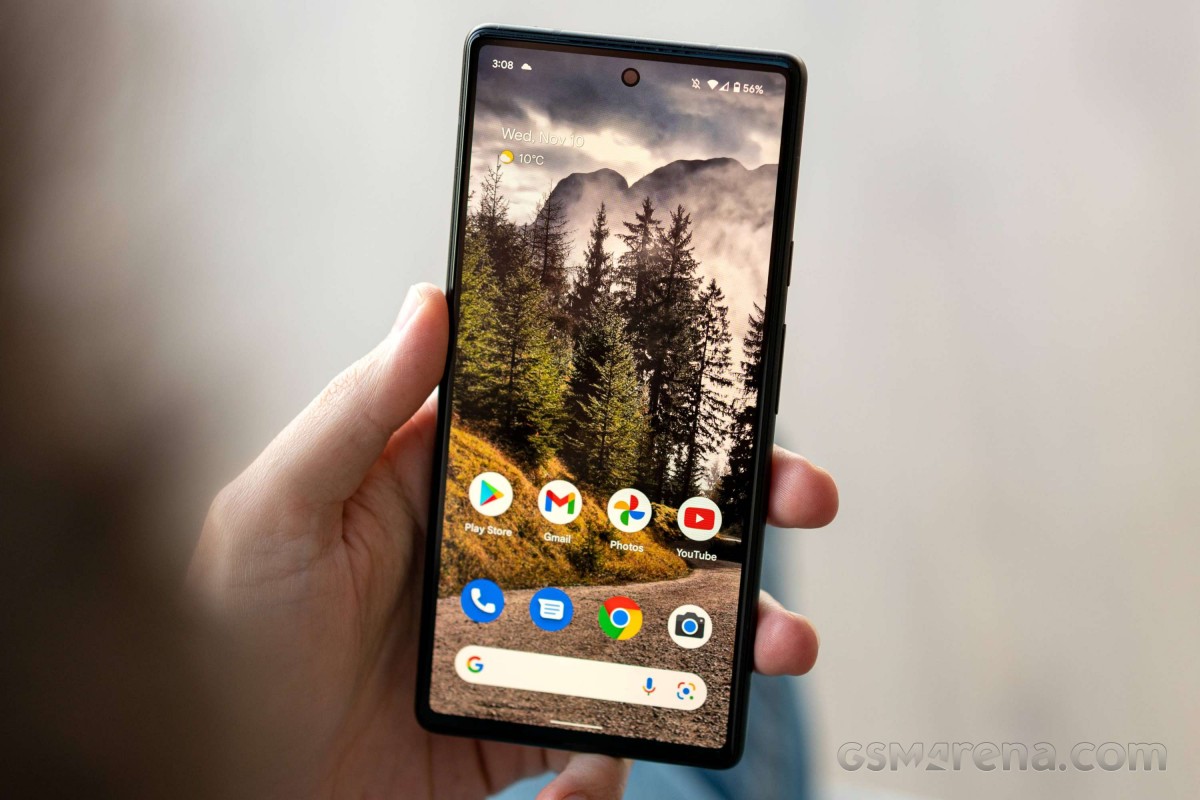 The Google Pixel 6 looks similar to its Pro counterpart, but it doesn’t sport a curved screen and has thicker bezels around the display, while the horizontal bar on the rear is placed closer to the top side of the rear panel.

The Pixel 6’s screen measures 6.4″ diagonally and has a FullHD+ resolution with a 90Hz refresh rate. We are looking at an AMOLED panel here which is protected by Gorilla Glass Victus, has HDR10+ certification, and a punch hole in the center for the 8MP selfie camera.

The bar on the rear skips the 48MP telephoto camera we have on the Pixel 6 Pro but retains the 50MP primary and 12MP ultrawide units. 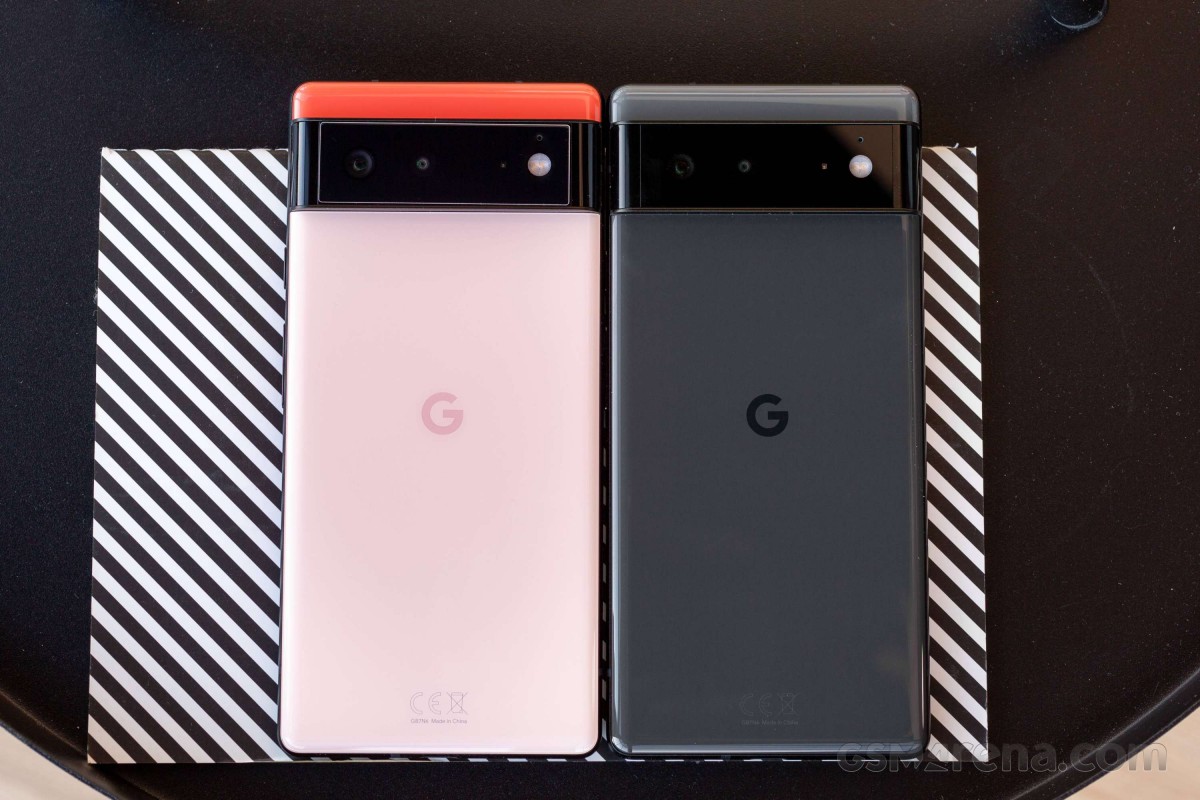 The battery size has also been reduced. You get a 4,614 mAh battery instead of the 5,003 mAh cell the Pixel 6 Pro ships with. Fast wireless charging speeds also come down from 23W on the Pro to 21W on the vanilla model but wired charging on the Pixel 6 goes up to 30W like the Pro version.

Another difference between the Google Pixel 6 and the Pixel 6 Pro is that the former doesn’t support Ultra-wideband (UWB), but the latter does. 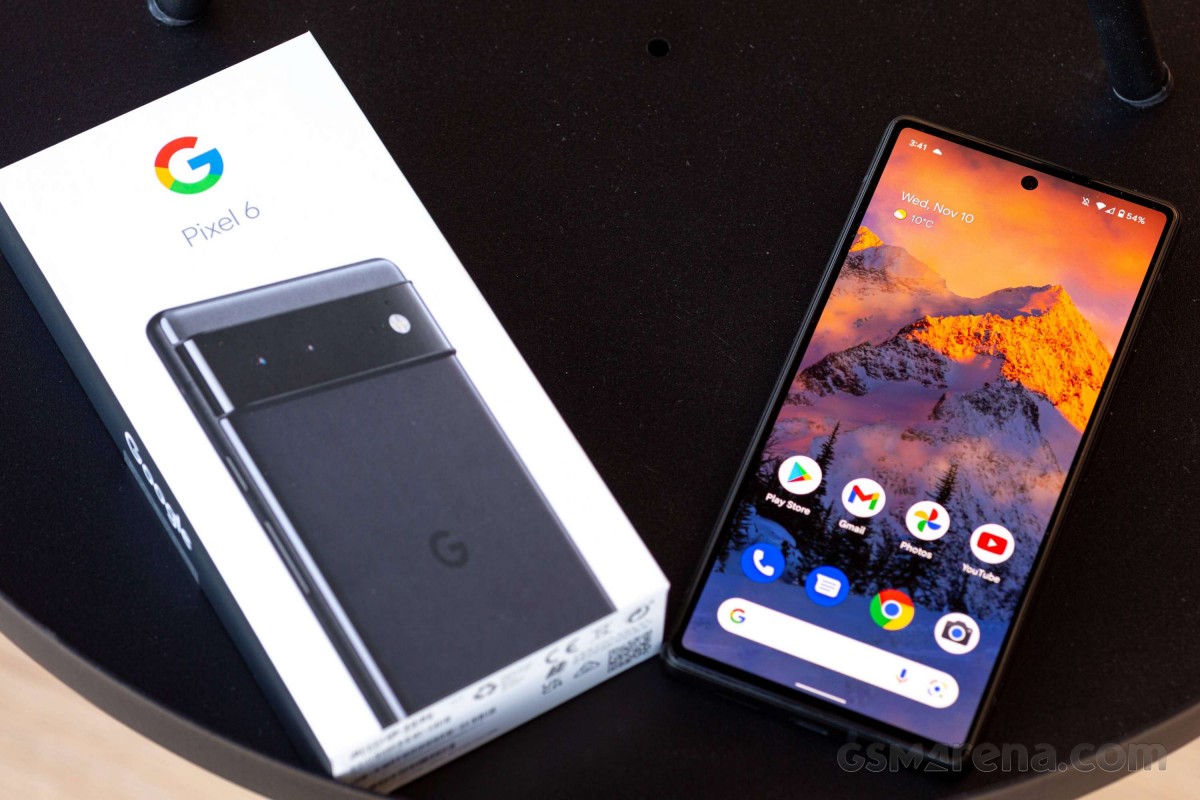 Our Google Pixel 6 review is underway, so stick around to find out if it’s a worthy buy or the Pixel 6 Pro makes for a better purchase.