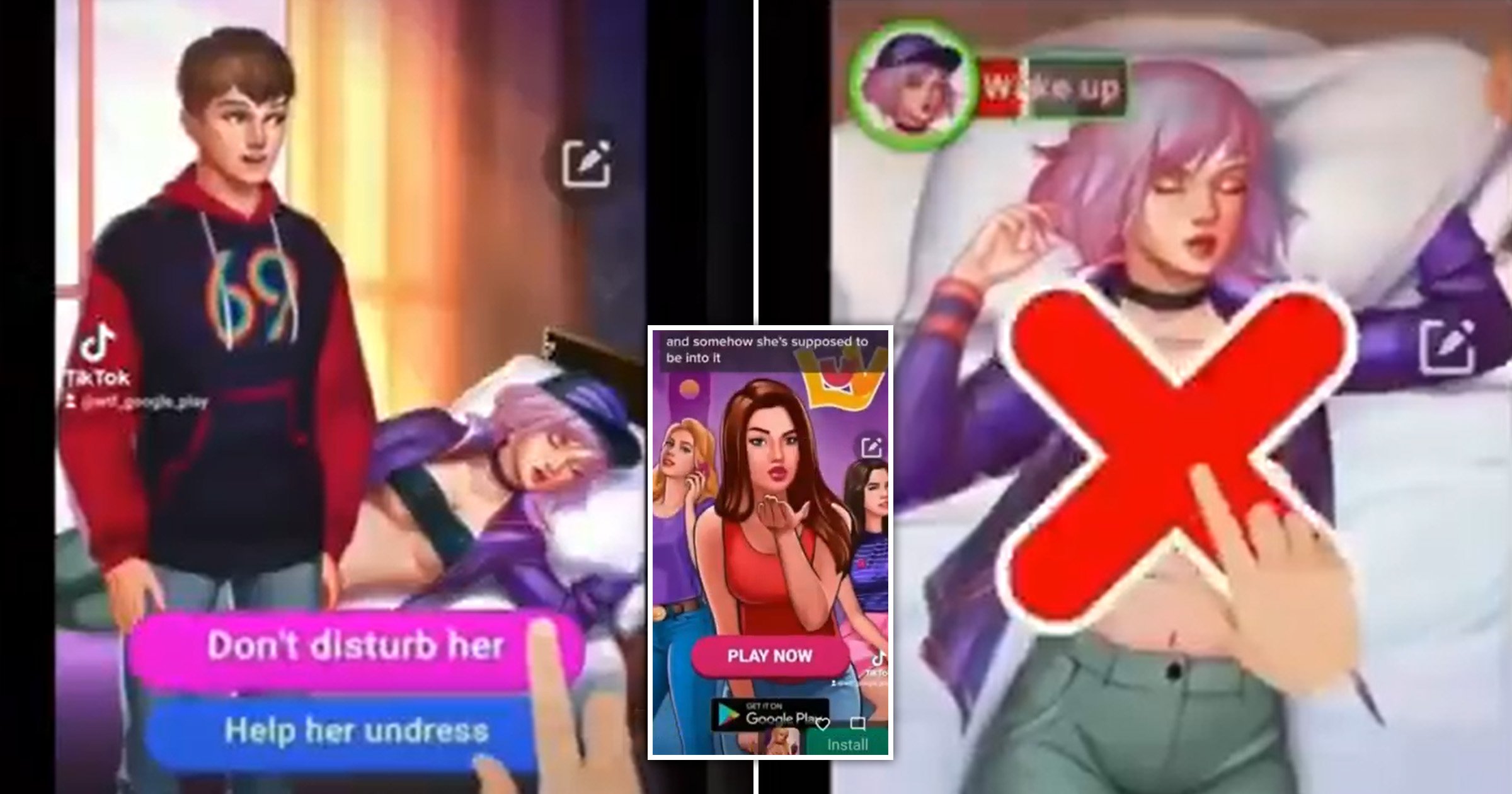 A disturbingly inappropriate ‘game’ available to download from Google’s app store is being advertised to children and teenagers.

The game, called LUV, involves the player navigating sickening sexualised encounters such as attempting to remove a woman’s clothes while she sleeps.

Shades of incest and rape are clearly present in the ‘simulations’ presented to the player. In the above example, the woman in question is described as the player’s stepsister.

Adverts to download the game are being shown on other ‘free-to-play’ games downloaded through the Google Play Store.

Florida-based filmmaker Michael McWhorter first brought attention to LUV through a TikTok post that he subsequently shared on Twitter.

His video garnered over 700,000 views and has led to thousands of people flocking to the game’s download page in order to give it a one-star review.

‘Google, how the **** is this game available in your app store?’ McWhorter says in the video.

‘And then being advertised on other games – a game that my son could easily be playing.

‘What do you think this teaches young preteen boys about how women should be valued and treated?’

Responses to the video flooded in from others who were shocked this kind of content is available to download in the first place.

Reviewers have vented their disgust at the game, saying that it promotes rape and sexual abuse.

On the game’s Google Play page, one user wrote: ‘Didn’t play, installed, rated and deleted. The ads for this are disgusting and promote sexual abuse and rape. Flagged as inappropriate to Google.’

The game, which holds a 17+ ‘Mature’ rating on the Google Play Store boasts ‘addictive gameplay’ and ‘interactive story’ as its key selling points and includes a badly-written blurb inviting players to get involved.

The game appears to be the only app made by Afivad Limited, but a cursory search throws up loads of thinly-veiled pornographic ‘simulation’ games.

Any app containing pornagraphic material is in breach of Google’s Inappropriate Content policy for the Google Play Store.

It states: ‘We don’t allow apps that contain or promote sexual content or profanity, including pornography, or any content or services intended to be sexually gratifying.

‘We don’t allow apps or app content that appear to promote a sexual act in exchange for compensation. Content that contains nudity may be allowed if the primary purpose is educational, documentary, scientific or artistic, and is not gratuitous.’

McWhorter and others have demanded that Google removes these games from the Google Play store and puts a stop to adverts featuring them appearing in other games and apps.

Metro.co.uk has approached Google for comment and will update this article if and when we receive a response.