Good COP or Bad COP? Here are the outcomes we are likely to see at COP26 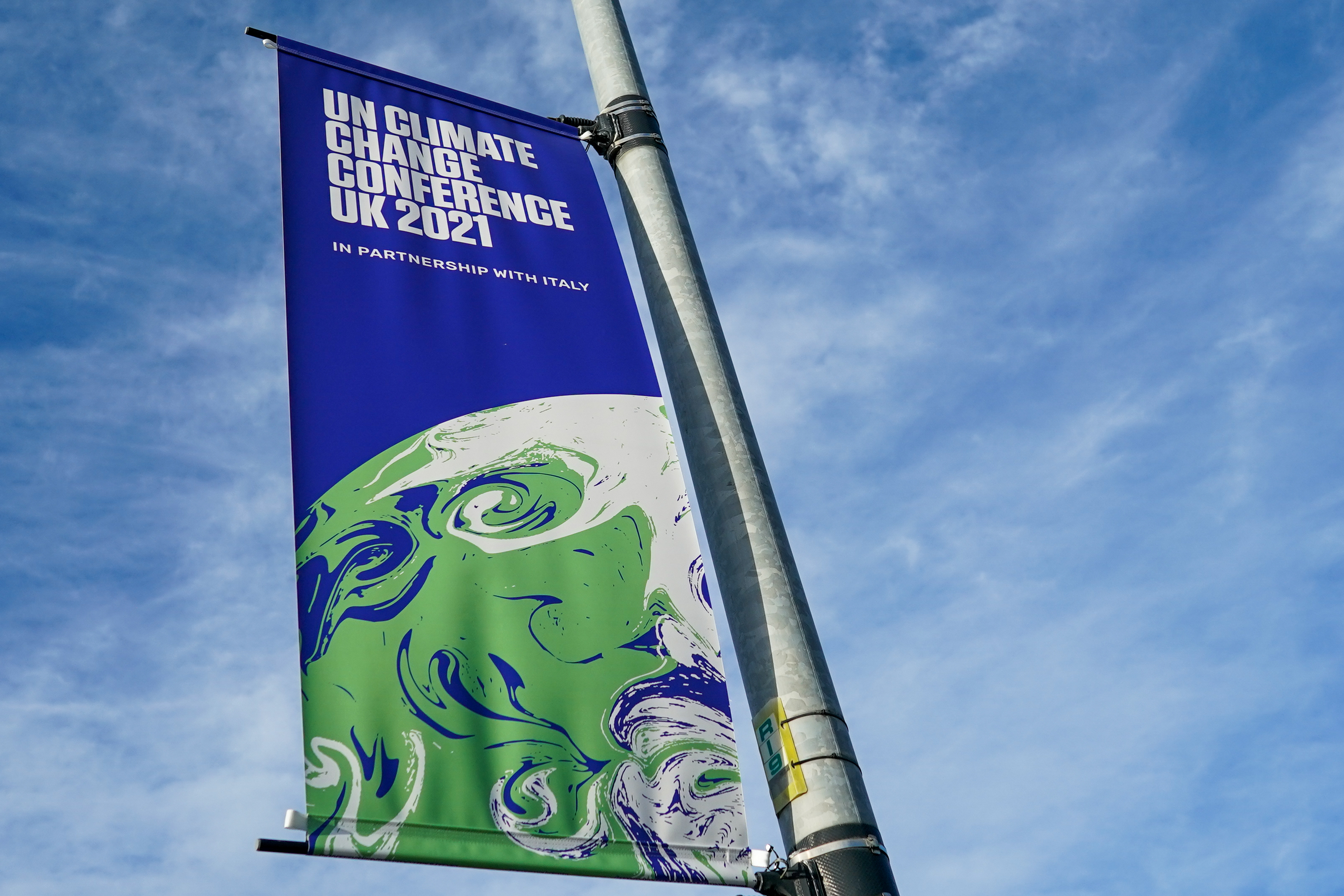 There is a lot of excitement surrounding COP26, with hopes that the talks could make a considerable difference to the future of our planet.

But there is concern that the summit may fail to deliver plans that can make a real impact.

New Scientist’s chief reporter Adam Vaughan considers the key issues and wonders what a good COP26 will look like.

The absolute biggie facing the UN and the UK, which as host of the summit has been spearheading the diplomatic effort leading up to it, is the 20 to 28 billion tonnes of extra carbon dioxide cuts needed each year to avert truly dangerous warming.

That’s what one analysis estimates as the extra annual emission reductions needed by 2030, on top of those that countries have already pledged, if we are to avoid breaching a rise of 1.5C – the increase before things get critical.

Global emissions are currently about 40 billion tonnes of carbon dioxide.

Nearly 200 nations agreed in Paris in 2015 to ‘ratchet up’ their plans to reduce emissions, with an initial deadline of December 2020. Very few met that schedule.

The UK, the EU, the US and China – the largest emitter – have all submitted pledges for cuts by 2030.

But some, such as Australia and Indonesia, issued new ones with the same old targets. Others, including Brazil and Mexico, even watered down their targets.

Brazil said emissions in its base year of 2005 were a third higher than stated in its older plan, meaning it can emit more now and still meet its goal.

A 16% rise puts us on course for a world 2.7C hotter by 2100, catastrophic warming that would turbocharge extreme weather, hit food production and destroy unique ecosystems such as coral reefs.

Some observers say it is unrealistic to expect Cop26 to close the ‘emissions gap’ enough to put us precisely on track for a 1.5C world. But the summit can still do enough to keep that option open.

‘We can’t do all we need to do in Glasgow to get on track for 1.5C,’ says Peter Betts, a former lead climate negotiator for the UK and EU and now a member of the Chatham House think tank in London.

Good COP: China and India announce emissions targets that are more ambitious than their previous ones, even if they fall short of a fair share towards the 1.5C goal. Virtually all countries submit a plan by around the opening of the summit.

Bad COP: China or India put forward a rehash of old plans without any extra emissions cuts. Any G20 countries failing to submit a plan.

Phasing out fossil fuels isn’t explicitly on Cop26’s agenda but if you take the 1.5C goal seriously, 89% of known coal reserves, plus 58% of oil and 59% of gas, must stay in the ground.

Diplomatic efforts centre on four ways to put the squeeze on fossil fuel companies. First is securing coal phase-outs – a measure of success of the summit will be how many countries commit to phasing it out.

One thing that is unlikely to happen at the summit, but is crucial to reining in warming, is big coal users such as China and Indonesia announcing a timeline for retiring coal plants.

Second is cutting finance for new coal power stations worldwide. Pressure ahead of Cop26 has already secured a win, as China said on September 22 it would end coal financing beyond its borders.

A third priority is cutting finance from banks and export credit agencies to oil and gas.

The fourth lever is an effort to get more countries to follow the UK’s lead in setting an early date for banning the sale of new petrol and diesel cars.

Good COP: Significant growth in the number of countries, regions and cities planning to phase out fossil fuels. Corporate pledges that amount to emissions reduction of billions of tonnes.

Bad COP: Financiers and countries reiterate pledges made before the summit.

In 2009, high-income countries promised that by 2020 they would give $100billion a year in climate finance to lower-income nations, to help them cut their emissions.

‘This $100billion figure has become a matter of trust in politics but particularly in climate politics’, says Cop26 president Alok Sharma.

‘Trust is pretty fragile. We need to rebuild this trust if we’re going to get everyone on the same page.’

However, on October 25 we found out that the $100billion goal will not be met until 2023, three years later than promised. One small positive is the goal may be exceeded in 2024 and 2025.

Good COP: No real good outcome with the original deadline comprehensively missed but progress could still be made on a new, post-2025 target.

Bad COP: Fudges and promises of the money being delivered later down the line.

Adapting to climate change is the focus of day one of the second week of Cop26, and will be discussed throughout by a body known as the Adaptation Committee.

Adaptation to climate change, for example with better flood defences, has always played second fiddle to mitigation at these conferences but this meeting is expected to see important discussions on a potential new goal around adaptation.

This is difficult to measure because one country may require flood defences, a second might need to switch to growing a new crop, another may have to slow desertification. That is why some observers think the only metric that countries will be able to agree on is the amount of money they could receive.

Good COP: Agreement on a new goal for adaptation and how it will be measured.

Bad COP: A new goal that kicks the issue of metrics down the road.

When Cop21 president Laurent Fabius brought down the gavel agreeing a
deal in Paris six years ago it was the first time that high- and low-income countries had together agreed to act on their emissions.

But negotiators hadn’t reached a consensus on several things. Chief among the outstanding issues surrounding the ‘Paris Rulebook’ is Article 6, which deals with rules for a global market trading credits for carbon reductions.

But the devil has been in the detail of the system’s governance. One past flashpoint is the rule on double-counting of credits – where two parties claim
credit for the same emissions reduction, such as Brazil counting avoided
deforestation and Norway buying credits for that.

Another point of dispute is whether credits from a previous international climate treaty, the Kyoto Protocol, could be carried over.

Good COP: A breakthrough on Article 6 with agreement on time frames for national emissions reduction plans and data reporting standards.

Bad COP: Agreement on Article 6 but with so many compromises that few countries have faith in its environmental integrity.

Putting it all together

‘A key problem of this Cop is defining success when you’re not going to get everything you need,’ says Betts.

One long-time climate talks observer, Nick Mabey, at the European think tank E3G, says that if enough ambitious national emissions plans materialise and progress is made on squeezing fossil fuels through phase-outs and cutting financing for them, Glasgow will be a success. Another marker would be an explicit commitment to 1.5C being the global goal.

One sign of a good Cop will be if the UK’s presidency of the summit is impartial and the conference runs smoothly. Sharma is aware of this, describing himself as a ‘neutral broker’.

‘Cops have their own dynamics. You’ve got tens of thousands of people all milling about for two weeks without sleep,’ says Betts. ‘There’s a lot of dissatisfaction in the developing world about Covid, vaccine access and climate impacts. Mood can affect what’s possible in the Cop.’

Sharma hopes the relationships he has built by visiting at least 30 countries in the past year will help him avoid the mood turning sour. ‘We have to get this right for our generation and future generations. This is our last chance to make a convincing turn to avoid the worst,’ he concludes.

Adam Vaughan is New Scientist’s chief reporter. To sign up to his Countdown To COP26 climate newsletter, visit newscientist.com/countdowntoCOP26

In the run up to COP26 and beyond, we will be sharing stories, ideas, and advice about one common theme: The climate crisis.

At a time when the weight of environmental issues feels very heavy and overwhelming, our aim is to deliver content that will not only inform and educate but also offer hope and inspiration.

Here are some of our #Just1Change highlights so far: