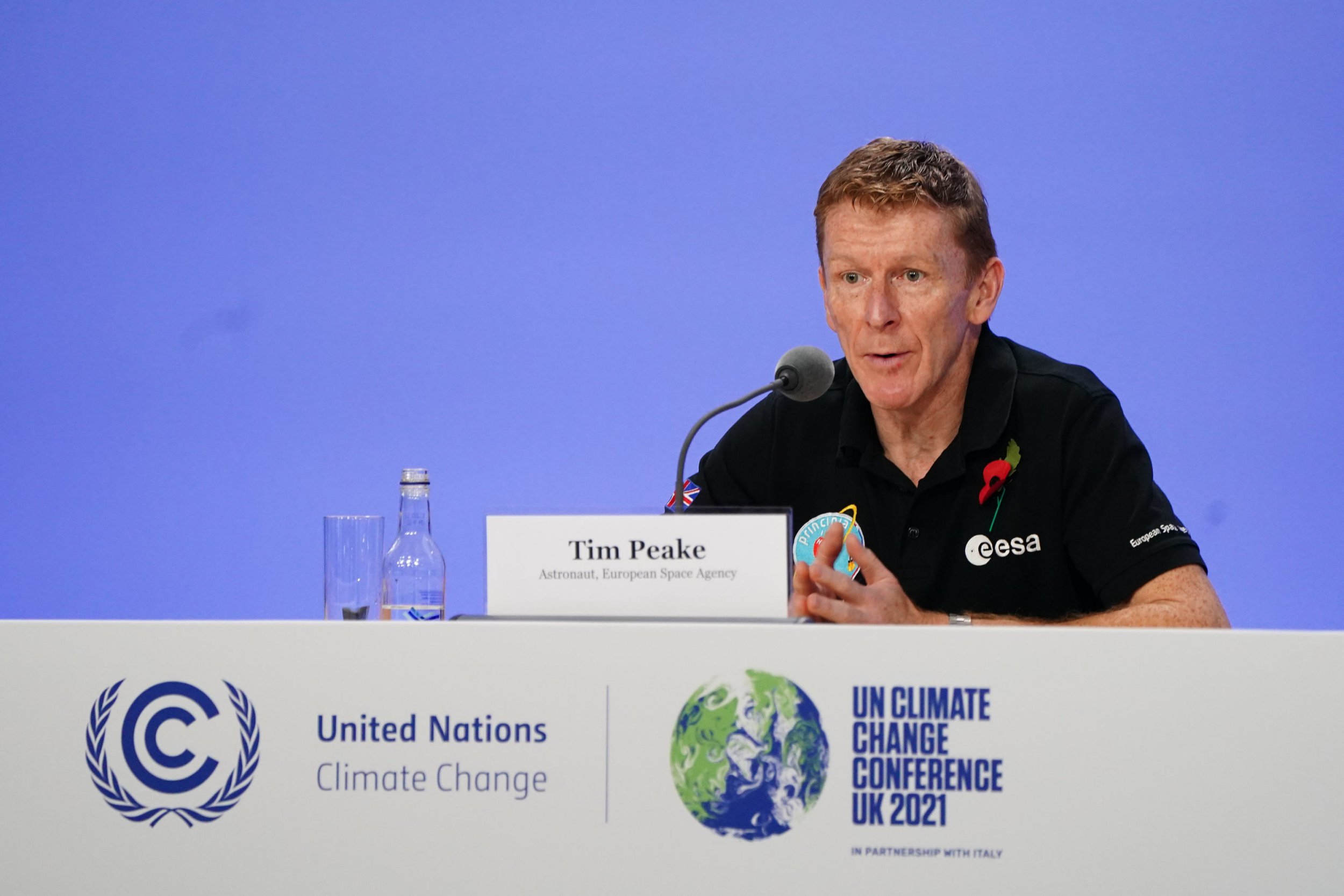 Astronaut Tim Peake has said he is ‘disappointed’ space travel is getting lumped in with billionaire space tourism.

He says that, actually, we’ll never tackle climate change without venturing off the planet.

Major Peake made the comments at the COP26 climate summit this week.

Asked how he feels about space travel becoming the preserve of billionaires, he said: ‘I personally am a fan of using space for science and for the benefit of everybody back on Earth so in that respect I feel disappointed that space is being tarred with that brush.’

But he said humans do not face a choice between space exploration and tackling climate change, adding that the widely reported figure that one rocket launch emits more than 300 tonnes of carbon is false.

Major Peake explained: ‘It is important to get the facts right as well – rocket fuel, some of the most efficient rocket fuel is hydrogen and oxygen.

‘(Jeff Bezos’s) Blue Origin is using that, so it is not 300 tonnes of carbon, there is no carbon, it is water vapour – if you burn hydrogen and oxygen it’s water vapour.

‘Now water vapour in itself has problems, I am not trying to defend it or deny it, but we also have to get the facts right about what people are doing.’

‘At the end of the day, almost 50% of all our climate data comes from space – we need space to be a finger on the pulse of the planet,’ he said.

‘So, whether its ocean salinity, whether it is temperature, carbon dioxide output, deforestation, ice caps, it is coming from satellites, so space is required.’

‘I am working with companies developing Ecosene – using non-recyclable plastic as a very low-carbon rocket fuel,’ he said.

‘It is a case of ‘Let’s be clever about this and let’s use space for the benefit of everybody back on Earth’.’


MORE : Tim Peake reveals he now wants to go to the moon as he launches first children’s book