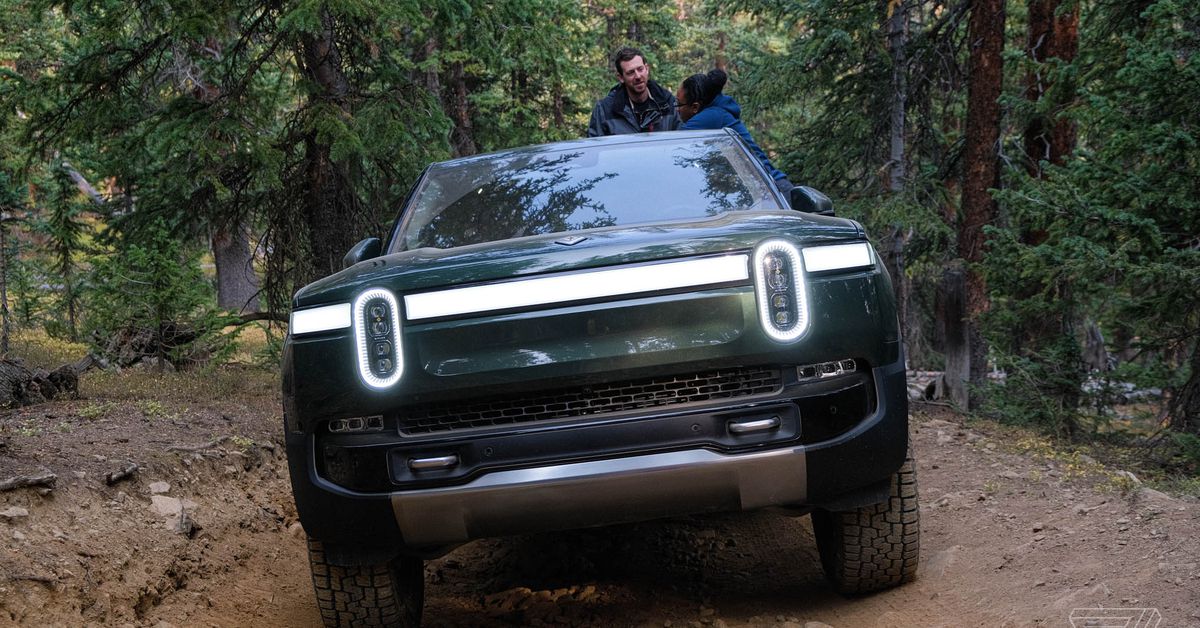 A little over two years ago when Rivian’s all-electric vehicles were still just blueprints, American carmakers Ford and GM were itching to invest. Fast-forward to the present, and Ford wound up becoming one of Rivian’s biggest partners alongside Amazon. What most people may not realize, however, is that Ford nearly lost its spot to GM.

This Wall Street Journal report describes some of the clandestine dealings in cinematic detail, and explores how Rivian CEO RJ Scaringe’s bond with Joe Hinrichs, Ford’s former president of global operations, became the foundation of Ford’s investment in the company.

According to the WSJ, Hinrichs first met with Scaringe in 2018. But because Ford had just missed its earnings targets, it wasn’t ready to invest in Rivian. This left room for GM, which had already started working on its electric vehicles, to slide in. However, The WSJ says that leaders at Rivian remained skeptical of a deal with GM.

In 2019, Hinrichs met with Scaringe just after Amazon invested $700 million in Rivian. Hinrichs tried convincing him to reconsider a deal with Ford, after Scaringe said his company was on the verge of a deal with GM.

Hinrichs gave Scaringe yet another chance to talk — both of them happened to have meetings in Seattle, and Hinrichs offered to give Scaringe a ride back to Detroit in Ford’s Gulfstream jet. Scaringe still had yet to seal a deal with GM, and during the flight, Hinrich and Scaringe laid out a deal. When they landed, Hinrichs helped Scaringe stay out of sight of nearby GM executives:

As the plane taxied toward a hangar used by both Ford and GM, executives on board spotted another jet outside the hangar with two GM-made black Cadillac Escalades waiting nearby. Mr. Hinrichs said he sensed Mr. Scaringe didn’t want to be seen by GM executives, so Mr Hinrichs requested that a Lincoln Navigator be pulled alongside the plane. When the door opened, Mr. Scaringe dashed down the plane’s steps and into the Navigator, keeping his head down as Mr. Hinrichs loaded their luggage.

Ford and Rivian’s talks continued overnight, and the two companies reached a deal at 4AM, according to the WSJ. In April 2019, Ford announced that it would invest $500 million in the startup — it has since invested a total of $1.2 billion.

The stories of how deals come together don’t always have as many twists and turns as the stories of how deals fall apart. This great Wall Street Journal piece has a little of both, and it’s a fascinating read. Go check out the dramatic tale, that has all the makings of a movie — or a really captivating novel.