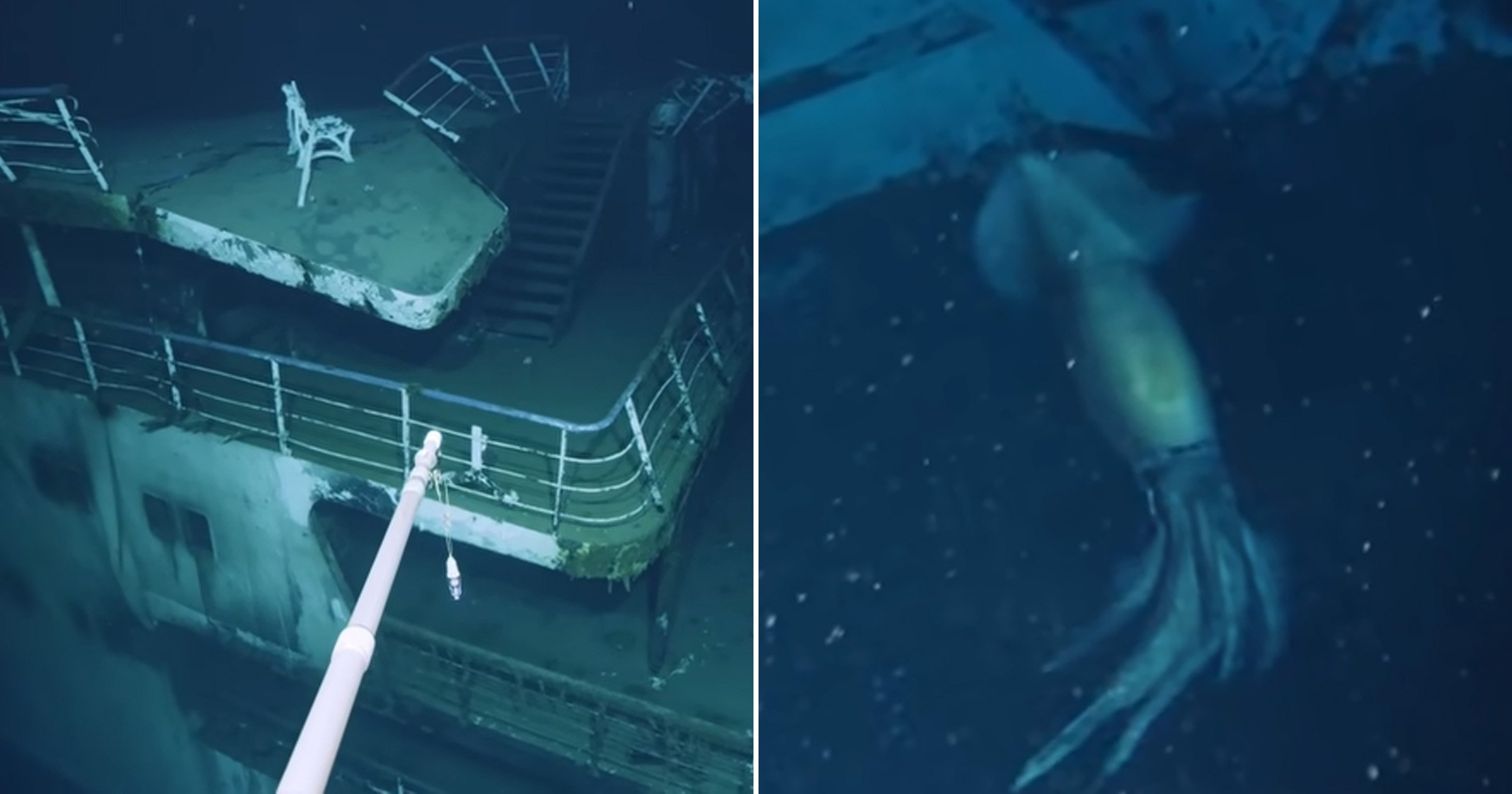 Squids are one of the most mysterious creatures in the ocean, so when one shows up on camera it’s a big deal.

That’s what happened to a team of researchers who set out to explore the depths of the Red Sea last year.

Not only did they find a shipwreck, but their underwater camera was photobombed by a huge squid that appeared larger than a human.

Whilst exploring the remains of the ‘Pella’, which sank in November 2011, the team caught sight of the creature.

Although the sighting took place last year, it wasn’t until September 2021 they finally identified it as a purpleback flying squid.

And while the typical purpleback grows to about two feet, this one was the size of a person.

Sadly it was not one of the mythical giant squids – which can grow up to 60ft in length. But still, a pretty incredible discovery.

‘I will never forget what happened next for as long as I live,’ said science program lead Mattie Rodrigue in a video taken of the discovery.

‘All of a sudden, as we’re looking at the bow of the shipwreck, this massive creature comes into view, takes a look at the ROV [remotely operated vehicle] and curls its entire body around the bow of the wreck.’

Rodrigue was part of OceanX, a team of marine biologists and filmmakers diving down to 2,800ft below the surface of the Red Sea.

Part of their equipment included an ROV and an Autonomous Underwater Vehicle that can explore depths up to 19,685ft.

Rodrigue sought out help from Dr Michael Vecchione, a NOAA zoologist, who concluded the mysterious creature was a giant form of the purpleback flying squid.

‘In the area that you’re operating, in the Red Sea, there’s a well-known population of those,’ Vecchione told Rodrigue during a video call.

‘They get really big. I think what you’re seeing is what’s the giant form of Sthenoteuthis.

‘They will approach bait the way that one approached bait and they often swim the away that the other videos showed the animal swimming.’

Vecchione pointed out the size of the animal’s fin relative to its body shows it wasn’t a giant squid.

The purpleback fins are short and broad and form what looks like an arrowhead shape. However, those on a giant squid are usually massive and muscular.

Back in 2018, a giant squid measuring 14ft long washed up on a beach in New Zealand.


MORE : Squid Game creator hits back at plagiarism claims: ‘I did it first’


MORE : Incredible snaps from Ocean Photographer of the Year 2021 give glimpse of problems marine life face

This is the dock that lets Skydio drones truly fly themselves

Rejoice, nerds: you can finally stay in a genuine Hobbit hole through Airbnb

/ Yes, that’d be on the actual Hobbiton Movie Set in New Zealand, as featured in The Lord of the Rings and The...
Read more

/ Proton Drive is coming to iOS and Android two months after the launch of the web app. 1GB of free cloud storage,...
Read more