From royal tours to charitable work: What Queen Elizabeth did for Canada 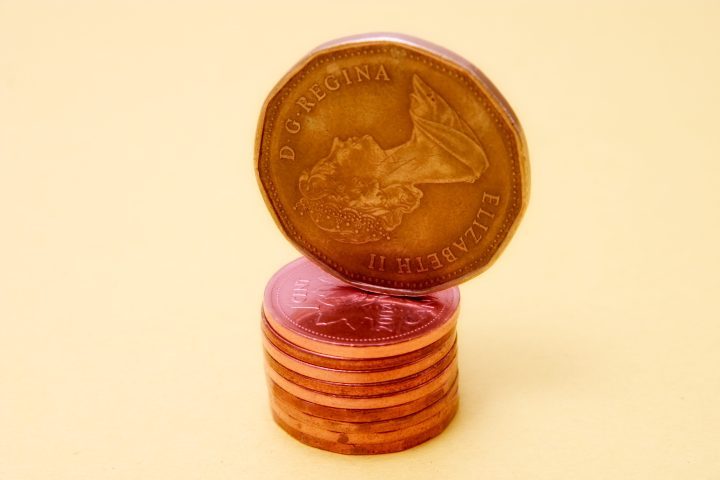 The death of Queen Elizabeth II marks an end to the world’s longest reign by a monarch, dating back to 1952.

As the head of the Commonwealth, Elizabeth was not just the queen of the United Kingdom but her monarchy also extended to 15 other Commonwealth nations, including Canada. And her relationship with Canada will be remembered as “very close and positive,” historians say.

“Canada is the country outside the United Kingdom that the queen has spent the most time in,” said Carolyn Harris, historian and author of Raising Royalty: 1000 Years of Royal Parenting.

“Even after the queen cut back on her overseas travel, she … continued to take a very strong interest in Canada and the Canadian people.”

As tributes and condolences pour in from across the world, we take a trip down memory lane of the monarch’s long relationship with Canada.

Over a span of 70 years, Queen Elizabeth II made 22 official trips to Canada. She also made many private visits and stopovers.

Harris said the queen was present for some “very significant moments” in Canadian history.

Her first trip to the country was, in fact, as Princess Elizabeth in 1951 with her husband, Prince Philip, the Duke of Edinburgh, when Louis St. Laurent was prime minister.

Her first official tour as queen was in 1957 when she visited Ottawa and Hull.

These include the opening of the first session of the 23rd Parliament in 1957, the opening of the St. Lawrence Seaway in 1959, Canada’s Centennial Anniversary in 1967, the 1976 Summer Olympic Games in Montreal, the 1978 Commonwealth Games in Edmonton and the Proclamation of the Constitution Act in 1982.

The queen also participated in the centenary anniversaries of several provinces into Confederation.

Her last official trip to Canada was in 2010, when she toured Halifax, Ottawa, Winnipeg and Toronto.

The queen’s many visits to the country drew large, enthusiastic crowds.

Sarika Bose, royal expert and lecturer of Victorian literature at the University of British Columbia, said she has gone to see the queen a few times herself, including during Expo 86 in Vancouver and her walkabout at the UBC campus in 2002.

“The students were literally jumping up and down with excitement when they saw her coming.”

In 2010, Elizabeth celebrated Canada Day on Parliament Hill before a crowd of 100,000 people.

However, when she visited Quebec in 1964, the queen faced French-Canadian protesters who objected to the royal tour.

Harris said the queen’s tours in the 1980s and 1990s were sometimes overshadowed by royal visits by younger members of her family, like Prince Charles and Princess Diana.

Over time, the structure and duration of the royal tours changed from longer to shorter, more targeted ones, focusing on a particular theme or region of the country, Harris said.

“When we reached the reign of Queen Elizabeth II, we see it’s the Canadian government having its own goals for these royal tours and wanting the queen to very much be front and centre as queen of Canada and to showcase Canadian initiatives,” she added.

Some Canadian tours that were attached to her American tours were also significant in terms of showcasing relations between Canada and the United States, Harris said.

Through all of them, she upheld her role and remained “strictly neutral,” as the traditions of constitutional monarchy require.

No touching, jokes or pirouettes — when Canadians offended royal protocol

The queen met most of the prime ministers on more than one occasion, either at Buckingham Palace, at various summits or during official visits to Canada.

During the 1959 Canadian royal tour, then-prime minister John Diefenbaker was one of the first people to know that the queen was expecting her third child, Harris said.

“Probably one of the most unusual meetings have been with the Trudeaus,” Bose said.

“There’s a famous picture of Pierre Trudeau doing a little dance behind the queen, and on that occasion, Justin Trudeau was introduced to her.”

During a visit to the Buckingham Palace in May 1977, Pierre Trudeau was walking behind the queen en route to dinner when he executed a pirouette, apparently an expression of disdain for the pomp and circumstance of the monarchy.

Justin Trudeau met with Elizabeth after his own election in November 2015 and they had a light moment of remembering that first meeting as a kid.

“I will say, you were much taller than me the last time we met,” Trudeau joked.

“Well, this is extraordinary to think of, isn’t it,” the Queen Elizabeth answered with a laugh.

In 2010, then-prime minister Stephen Harper gave a hockey-themed speech in honour of the queen at Toronto’s Royal York Hotel, pronouncing the queen Canada’s most valuable player.

But as Canada’s monarch, Elizabeth, like all other queens before her, did not have any political influence, Bose said.

The queen’s role is to formally appoint the governor-general of Canada, who serves as her representative. At the provincial level, she is represented by the lieutenant governors.

Elizabeth appointed 13 different governors general, with the last appointment of Mary May Simon in July 2021.

Elizabeth was patron to several Canadian charities and foundations, some of which she inherited from previous monarchs.

The Royal British Columbia Museum and the Royal Winnipeg Ballet, among other arts and cultural organizations, came under her patronage as well.

Having a patronage gives legitimacy to an organization, raising awareness and publicity towards it, said Bose.

That allowed Elizabeth to reach organizations that are practically helping Canadians in many walks of life, she said.

Polling suggests that Elizabeth had a largely positive relationship with Canada, lacking any formal threats to the monarchy’s role.

An Ipsos poll conducted exclusively for Global News in March 2021 showed nearly eight in 10 believed the queen has done a good job in her role.

Book of condolences for Queen Elizabeth goes public in Canada

In that polling, however, 66 per cent of Canadians said the royals should have no formal role in Canada, with six in 10 saying the relationship between the monarchy and Canada should end when Elizabeth dies – highlighting a stark lack of support for Prince Charles and Camilla, Duchess of Cornwall.

Even though Elizabeth was widely admired and popular among Canadians, she also faced opposition.

In 1959, CBC journalist Joyce Davidson drew controversy commenting on NBC’s Today show, “Like most Canadians, I am indifferent to the visit of the queen.”

This angered then-Toronto mayor Nathan Phillips, who demanded an apology, saying Davidson “doesn’t represent Canadians or the people of Toronto.”

During her visit to Quebec in 1964, Queen Elizabeth faced riots from separatists, angered at the reminder of British colonialism, in the French majority province.

However, over the course of her lifetime, there was a “fairly steady approval” of her personally because of her strong work ethic and lack of personal scandals, said Bose.