Home New Release Four ways life could get pricier in B.C. in 2023, and a...
New Release

Four ways life could get pricier in B.C. in 2023, and a handful of ways it might not 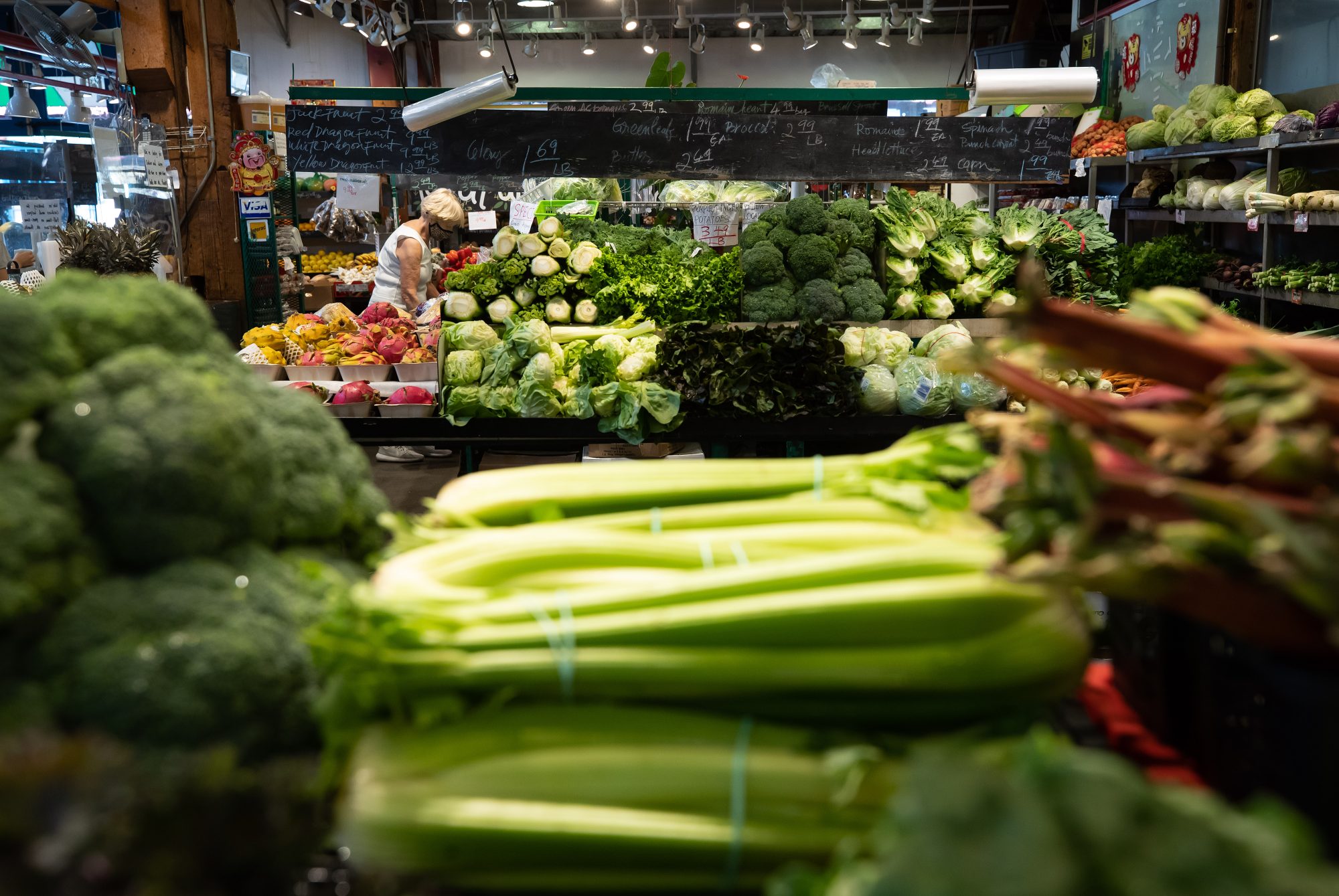 As the province continues its economic recovery from the havoc of the COVID-19 pandemic, record levels of inflation are continuing to put a financial squeeze on British Columbians.

Experts don’t foresee much relief for consumers on the horizon in 2023 as the Bank of Canada capped off 2022 with its seventh interest rate hike on Dec. 7.

From food to fuel, here are four ways life is about to get more expensive in the New Year — and a handful of ways that it probably won’t.

According to Canada’s Food Price Report for 2023, food prices will increase by another five to seven per cent on average this year.

Veggies will likely see the biggest cost increase — six to eight per cent — the same projected increase as the cost of eating out at restaurants. These hikes could translate into an extra $1,065 on the grocery bill for a Canadian family of four and another $500 for a household of two adults.

The good news, according to report co-author Matias Margulis, is that British Columbians may not see the biggest food price increase in Canada, due to its proximity to the goods.

“Think about all of the fresh fruits and vegetables that we import, particularly from California. We’re kind of the first place it comes to,” the University of British Columbia assistant professor explained.

“The transportation costs just get significantly heavier as you move eastward and northward.”

Farmers are still recovering from the disastrous flooding of 2021, however, and avian flu outbreaks have posed challenges in the poultry sector, which could contribute to rising costs, he added.

Polling by the Vancouver-based Research Co. suggests more than three in five British Columbians are already reducing their restaurant spending in response to soaring prices. Just 14 per cent of respondents to the November survey reported not making any adjustments to their monthly food budget at all.

Heating your home will become more expensive too in 2023.

FortisBC has warned gas rates will increase by 3.98 per cent on Jan. 1. For a residential customer with an average use of about 1,100-kilowatt hours per month of electricity, that equates to an extra $7.62 per month.

“The increase will cover important reliability investments, cybersecurity, vegetation management and new projects coming into service that will ensure we can continue to deliver safe, reliable power to our customers,” said spokesperson Susie Rieder by email.

“We understand this has been a difficult financial year for many, and we encourage customers to reach out to us to come up with a plan if they are having trouble paying their BC Hydro bill.”

For residents in need of support, the utility offers grants up to $600 through its customer crisis fund, as well as equal payment and flexible payment plans. The latter plan is free, BC Hydro said.

British Columbians will see larger deductions on their pay stubs in 2023.

The federal government has increased the Canada Pension Plan contribution rate for employees and employers from 5.7 per cent in 2022 to 5.95 per cent in 2023. The contribution for self-employed workers is scheduled to increase to 11.9 per cent, up from 11.4 per cent.

As inflation persists, Canadians are forced to cut back. How are they saving?

Meanwhile, Vancouver councillors are mulling a property tax increase of five per cent. The proposed hike, almost half of which can be attributed to policing services, is outlined in a draft of the 2023 budget.

If approved at the end of March, it will cost the median residential property owner an estimated $99 per year and the median business about $256 per year. The average residential strata unit owner would pay an extra $58 and the average single-family homeowner another $152.

Provincewide, BC Assessment has also warned most homeowners can expect to see a five to 15 per cent increase in values when notices are issued on Tuesday — meaning an additional tax burden for those whose property values increased above the average for their community.

Those looking to buy a home may catch a bit of a break this year according to the B.C. Real Estate Association (BCREA). In its November forecast, the BCREA said it doesn’t foresee the housing market bouncing back to the record-breaking days of 2021 anytime soon.

In 2023, it predicts an average home price drop of about five per cent throughout the province. The Fraser Valley could see an average price drop of up to 7.8 per cent, while Chilliwack and surrounding communities could see price decreases of around 6.2 per cent.

0:59
B.C. has experienced a faster economic recovery than initially forecasted


“The reality is, sales are really low. We also have extremely low inventory right now. There’s a lot of sellers that I think are holding out, waiting for a better market,” Steve Saretsky, realtor for Oakwyn Realty, told CKNW’s The Jas Johal Show on Dec. 7.

“We’re in that classic tug-of-war, which is buyers want lower prices to offset these higher interest rates and sellers are kind of clinging onto the expectation that this is going to be a short-lived housing correction and let’s just delay listing until next spring.”

As long mortgage rates remain in the five per cent range, Saretsky predicted a “struggle” in the housing market, whose prices have been built on interest rates of about 2.5 per cent.

Highest increase in Canada: Rent for one-bedroom apartment soars to $2,176 in Vancouver

Renters, meanwhile, could see an increase of two per cent on their monthly bills in 2023, up from the maximum allowable increase of 1.5 per cent in 2022. The hike, however, reflects an intervention by the provincial government, which “limited” the permitted increase for 2023 in response to high inflation.

If it had not, renters would see an increase of up to 5.4 per cent in 2023, according to B.C. Ministry of Housing. The allowable increase is based on the 12-month average per cent change in the all-items Consumer Price Index for B.C. ending in of July of the previous year.

While it may seem like everything is getting more expensive, there are a few costs that are not forecast to rise in the New Year.

On Dec. 12, ICBC filed for no increases to basic insurance rates for another two years, subject to approval from the British Columbia Utilities Commission.

1:06
B.C. government is set to apply for no increase to basic insurance rates


It’s harder to predict whether home insurance prices will change, according to the Insurance Bureau of Canada. Pacific vice-president Aaron Sutherland said the industry is feeling the pressure of inflation and supply chain challenges, particularly when it comes to lumber, but the market is competitive.

“It is a healthy marketplace and (consumers) can shop around to find those savings, should their own insurance company change their premiums,” Sutherland told Global News.

“The pressures are real, I don’t want to take away from that … you have some companies seeing those pressures and being forced to raise their rates as a result, but then you have other companies looking to expand into the province, looking to capture more market shares.”

There are more than 40 home insurance providers in the province, he added.

As many residents feel the pinch, a new B.C. Affordability Credit is on the way.

The one-time, $100 credit will be applied to the BC Hydro bill of all eligible residential and commercial electricity customers, including those who receive services from FortisBC or a municipal utility.  Commercial ratepayers, including small and medium businesses, will receive an average credit of $500, based on their prior year’s electricity consumption, the B.C. government confirms.

A family of four could receive as much as $410 in early January.

While Canadians are struggling from coast to coast to coast, Pedro Antunes of the Conference Board of Canada, said “B.C. is in relatively good shape” in comparison to other provinces.

“I think the bite of higher interest rates is going to be felt in the real estate sector … much higher mortgage rates as people renew their mortgages, is going to take a bit out of our ability to keep spending.”

Consumers will “pay the price in 2023” for a “soft landing” in 2024, Antunes explained. Inflation is likely to drop down to four per cent this year, he added, but a variety of factors — from China’s COVID-19 policies to Russia’s war on Ukraine — will impact B.C.’s recovery.

The B.C. government must think carefully in 2023 about diversifying its markets and offering higher wages to health-care professionals, he added. An aging population will continue to pressure the health-care system this year, he explained, and exacerbate a labour shortage.