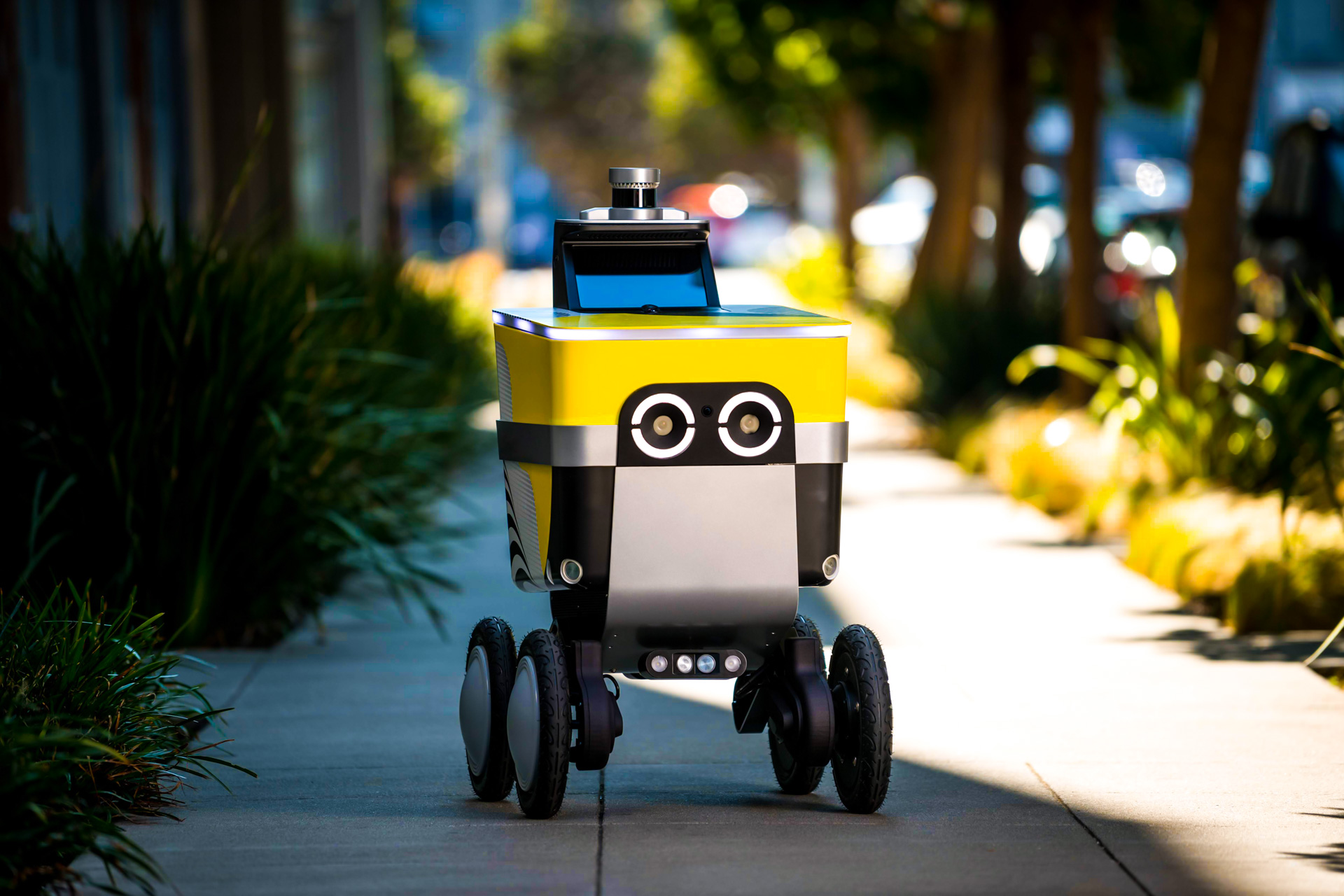 While robots delivering food to our doorsteps is now a reality, the work ethic of these machines has made for awkward human-robot interactions.

This week, a food delivery robot caused a stir as it crashed a crime scene in Los Angeles.

A self-driving food delivery robot named Connie surprised police officers when it ignored the yellow caution tape surrounding a crime scene in Los Angeles and carried on, according to a video shared on Twitter.

The autonomous robot bulldozed through a suspected shooting at a local high school that was eventually determined to be a hoax.

People who appear to be TV cameramen in the video watch as the robot tries to manoeuvre around the yellow crime scene tape. After a few seconds, one of them lifts the tape and the robot proceeds unbothered.

The robot then proceeded through the active crime scene, passing by a group of police officers who looked baffled by the intrusion.

The offending robot belonged to Serve Robotics, a spin-off company from Uber in 2021.

In May, Uber Eats announced that it was testing a new way of delivering food using autonomous robots using Serve Robotics in Los Angeles. However, this particular robot did not have an Uber Eats order in it.

In this case, the robot is not completely at fault as it was not fully autonomous when it crossed into the crime scene.

‘While Serve robots are capable of operating autonomously in most circumstances, they are assigned to human supervisors to ensure their safe operation. This incident was the result of human error in navigating a blockage,’ said Aduke Thelwell, a spokesperson for Serve Robotics.

‘Serve’s standard operating procedure is to reroute and not cross barrier tapes; however in this instance the robot supervisor believed they were being waved through. We’re taking steps to ensure our operating procedures are followed in the future,’

Lucky for Connie, it does not look like it has been charged with interfering with the police.


MORE : Robot ‘taught to laugh at jokes’ to make it more human