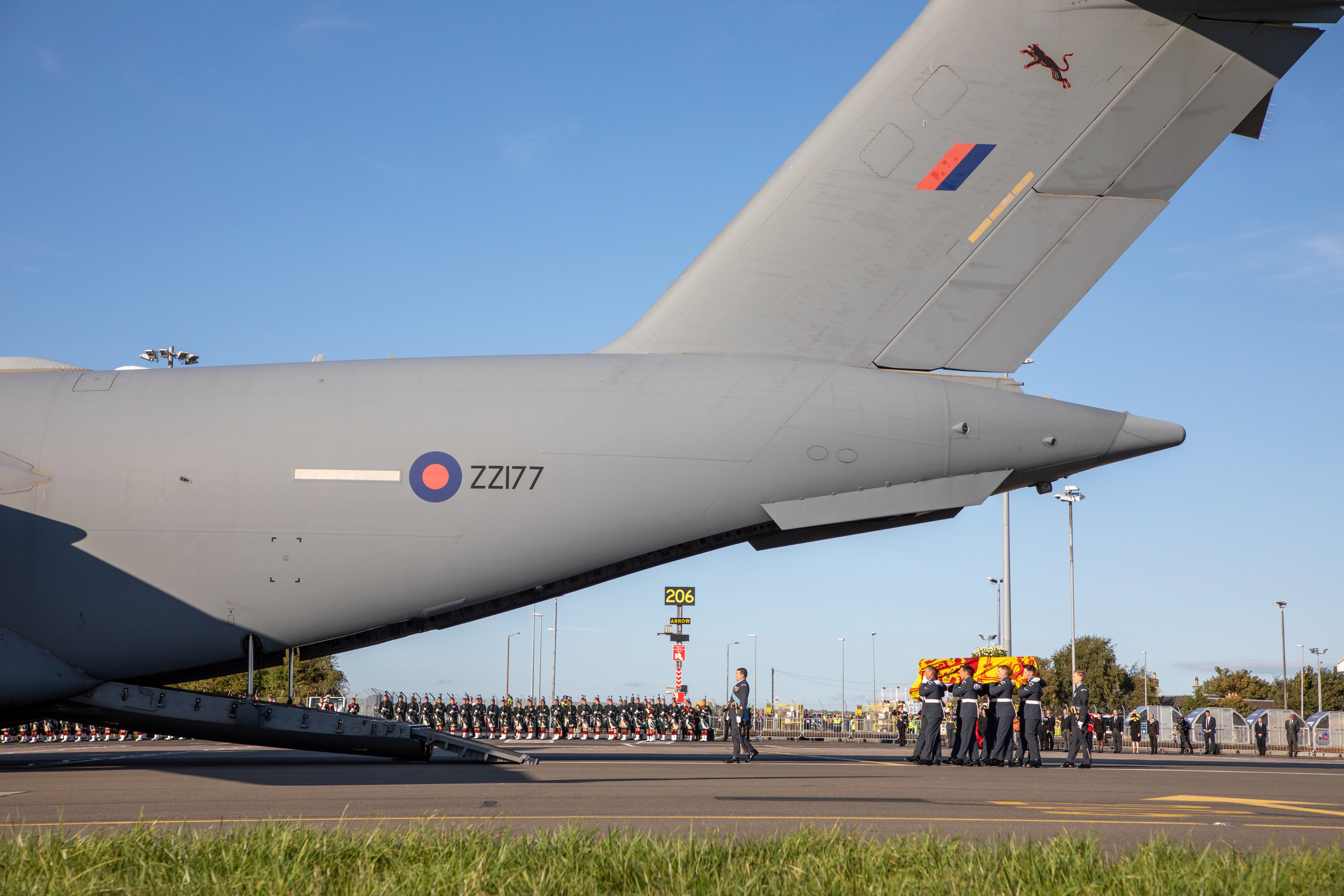 A Royal Air Force flight that carried Queen Elizabeth II’s coffin from Edinburgh to London became the most tracked one in history.

On Tuesday, over 5 million people tracked the late monarch’s final flight to London, according to flight tracking website, Flightradar24.

4.79 million people viewed the flight across Flightradar24 web and mobile app services and a further 296,000 followed the flight via YouTube live stream.

Within the first minute of the aircraft’s transponder activating, 6 million people attempted to click on the flight carrying the Queen.

‘That put unprecedented strain on the Flightradar24 platform, far beyond even what we experienced when the US Speaker of House flew to Taiwan and 2.2 million people followed the flight,’ said Flightradar24 in a blog post.

Despite calming measures the massive spike in traffic was caused ‘disruptions’ to the website. Eventually, around 600,000 users were able to successfully follow the flight before performance degraded.

The website said that it processed 76.2 million requests related to the Queen’s flight along, including clicking on the flight icon, clicking on the aircraft information in the left side box or adjusting settings.

Queen Elizabeth II died peacefully last week at the age of 96 in Balmoral, ending a remarkable reign of more than 70 years.


MORE : Who is Archbishop of Canterbury Justin Welby as he leads a service in memory of the Queen?