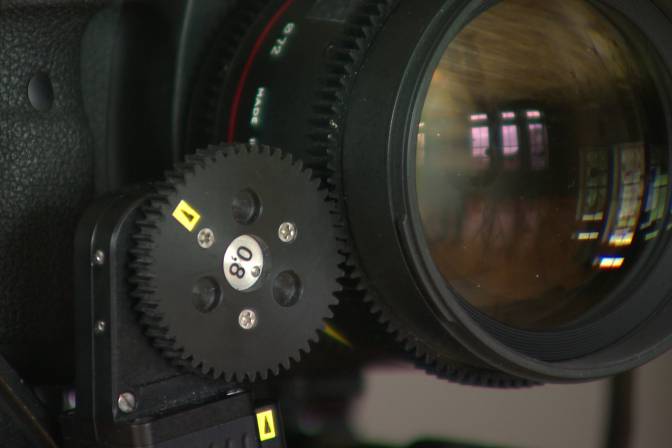 As a girl growing up in the Mi’kmaw community of Membertou, Sister Dorothy Moore came to know what it meant to lose one’s path and then find the way back through human kindness.

The 89-year-old’s life has been documented in a film produced by Mary Jane Harkins, a professor of education at Mount Saint Vincent University, and is scheduled to be shown this Saturday in Halifax at the Atlantic Film Festival.

In the film, Moore’s gentle voice describes her struggle to receive an education, to become the first Mi’kmaw person to enter a Roman Catholic order, and to implement reforms that promoted Indigenous culture and language in schools and universities.

Her account was videotaped over the past four years by a team led by Brett Kibbler of Mount Saint Vincent University’s multimedia department, with Harkin conducting the interviews in her debut documentary.

Moore attended an Indigenous day school in Membertou as a girl, followed by the residential school in Shubenacadie, N.S., where the use of the Mi’kmaw language was forbidden in the 1940s.

She vividly recalls being punished by nuns for mathematics errors made due to her lack of English.

“The memory of it is so imprinted in my mind and my heart that no matter what I will never forget it until my life is over in this world,” she said.

She left the residential school, returned home, and “jumped the fence” — referring to the barrier that once separated Membertou from the community of Sydney, N.S. — to enroll in a public school.

In her first year, Moore was guided by a teacher who treated her with respect, but in the following Grade encountered soul-crushing racism.

“I remember it so well. She (a teacher) said, ‘You go back to the backwoods where you belong,’ and so I left,” she recalled.

But fate intervened with a moment of kindness when Moore met a nun who arranged for her to attend a girls’ boarding school in Mabou, on the west coast of Cape Breton, where she studied until returning to the public school in Sydney for her final year of high school.

The theme of how simple, human decency is an antidote to obstacles emerges repeatedly in the film, including an account of another student tutoring Moore through mathematics, allowing her to graduate.

As a teenager in the early 1950s, Moore noticed the Sisters of Saint Martha teaching at Eskasoni First Nation, 40 kilometres south of Sydney. She longed to join them.

“I was going into something that God has called me to,” she remembered. “I was inspired by God to enter the religious life and I got to know the sisters … and they gave me potential to move forward.”

Her capacity to assist others then gradually expanded. After receiving her bachelor of education at St. Francis Xavier University, Moore would go on to teach at the school on Eskasoni beginning in the mid-1970s.

The documentary includes a range of interviews with former students, including those who were surprised to encounter a Mi’kmaw woman, who was both quiet and yet relentless, in their midst at the First Nation school.

“All of a sudden … I could understand what was being taught,” said Thomas Johnson, a former student who went on to become the director of the Eskasoni Fish and Wildlife Commission.

“The generosity of others became lessons in her life where she paid it forward and supported others,” producer Harkins said in a telephone interview.

Moore was hired to assist students attending Cape Breton University, then known as the University College of Cape Breton, and made certain students didn’t give up on their dreams.

“She’d drive in, knock on the door and say, ‘I told you can do this, I’m taking you, you’re going to university.’ She did this for a small group of students all of whom went on to graduate … and do really significant things,”  recalled Keith Brown, a vice president at the university.

“She’s given an academic discipline to the world,” said Brown, referring to her push for Mi’kmaq studies at the university.

At one point in the film, David Dingwall, president of Cape Breton University, estimates about 2,400 Indigenous students have passed through the school. There are 742 graduates of the university’s Un’ama’ki College.

“She (Moore) played the biggest part in that story of great success,” Dingwall said.

Her methods of advocacy for her language and culture were firm and behind-the-scenes, said Brown. “Sister Moore builds allegiances and looks for people who are like-minded and will be supportive,” he said.

Near the end of the film, Darren Googoo, director of education at Membertou Mi’kmaw Nation and a former student of Moore’s, attempts to capture how her life as elder, devoted Christian and educator combine to help her move beyond the failings of the Church and the obstacles to reform she encountered.

“There is this notion she can serve the Lord in her way, but she can also serve her people at the same time, and I think that’s a real tribute for a person to be able to do that given the history where sometimes it appears these things can be in conflict,” he said.

This report by The Canadian Press was first published Sept. 11, 2022.

Hi, friends! Welcome back to Week in Review, the newsletter where we very quickly sum up the most read TechCrunch stories from the past...
Read more

With a successful AirPods line, it’s only natural for users to wonder when Apple will release a new generation of the AirPods, AirPods Pro,...
Read more