Fidelity, Visa and Kingsway back South African fintech JUMO in $120M round 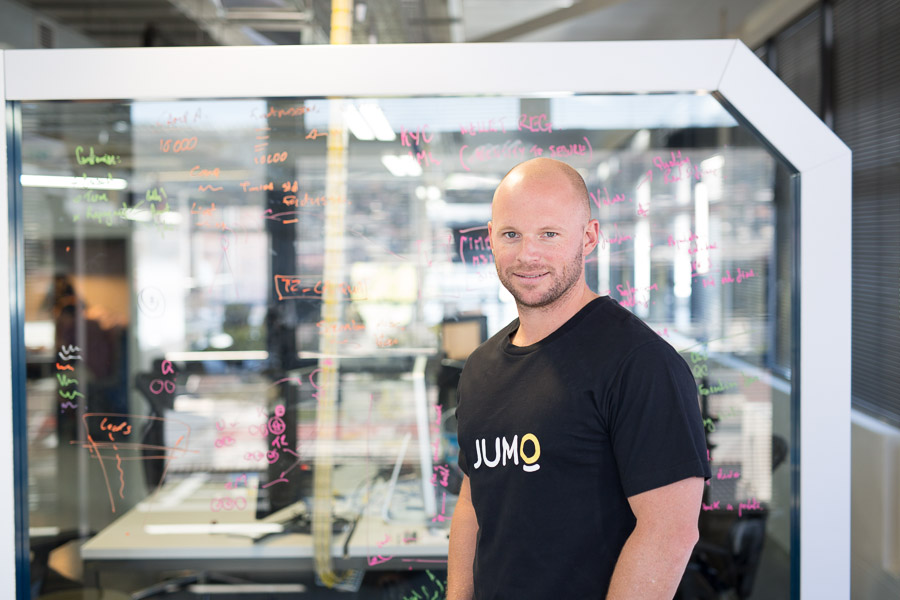 JUMO, a South Africa- and London-based company that offers financial services to entrepreneurs and businesses in emerging markets, has raised $120 million in a new round of funding led by Fidelity Management & Research Company.

The round, which marks Fidelity’s first investment in an African company, also saw the participation from fintech giant Visa and London-based investment management firm Kingsway Capital. It is also coming a year after raising $55 million in a similar unnamed financing round.

In total, JUMO has raised more than $200 million in equity and debt rounds from backers such as Brook Asset Management, Finnfund, Proparco, Leapfrog and Goldman Sachs since founder and CEO Andrew Watkins-Ball launched the company in 2015.

The fintech, which refers to itself as a banking-as-a-service platform, says it uses AI to power financial services, particularly lending in emerging markets where over 1.7 billion people do not have basic access to financial services, 42% of adults in sub-Saharan Africa and Asia are unbanked and only 11% of adults are under credit bureau coverage in Africa.

To meet these constraining needs in both markets, JUMO offers core products around savings, credit to customers and businesses, as well as infrastructure to banks, fintechs and eMoney operators. Some partners include MTN, Airtel, Tigo, Ecobank, Absa, Letshego, Mansa Bank and Telenor.

When JUMO raised its $52 million in 2018, it opened an office in Singapore to enter Asia, but the company seems to have closed shop there based on information from its statement. Presently, the fintech only states Cape Town, Nairobi, Porto and London as its primary operational and tech hubs.

So far, JUMO has served loans worth over $3.5 billion to more than 18 million customers across these markets, granting up to 120 million individual loans.

According to the current number of eMoney subscribers on its platform with access to loans, JUMO says it has an opportunity to disburse $29 billion a year. The company adds that this number can grow to $40 billion when it expands to Nigeria and Cameroon in 2022.

The company’s operational costs also strengthen this assertion. JUMO claims to have lowered its costs to $1/customer per year, which gives it some advantage to scale efficiently across a total addressable market of 150 million customers.

Fidelity participation in JUMO’s round continues a growing list of first-time US investors who have made their first checks in African tech, especially fintech. Avenir Growth Capital’s co-lead round in Flutterwave and SoftBank’s backing of Opay come to mind.

“It’s exciting to be part of the wave of US capital being invested in payments and fintech on the continent – there are some great businesses being built and we are proud to play a role supporting capital providers to reach customers with great products,” said Watkins-Ball in a statement.

The founder says JUMO is focused on making it easier for capital providers to reach new customers at affordable prices. The six-year-old company also wants to help banks make “predictable returns” by providing a full range of infrastructure and services from core banking to underwriting, KYC (know your customer) and fraud detection services.

Since 2019, the total bank capital and assets under management deployed on JUMO’s platform has increased to 160%, which signifies the platform’s importance to these financial institutions.

Asides from the expansion into Nigeria and Cameroon, JUMO says it will use the investment to improve and increase the number of financial products it offers to small and medium businesses. It also plans to provide longer-term lending options for merchants and bigger businesses.

“JUMO’s lending platform is highly attractive in its ability to scale across markets and drive financial inclusion by creating access to credit for consumers and small businesses,” said Melissa McSherry, the global head of Risk and Identity Services at Visa in a statement. “We are excited about our investment in JUMO and are looking forward to accelerating adoption of JUMO’s platform across markets and delivering on Visa’s mission of helping individuals, businesses, and economies to thrive.”