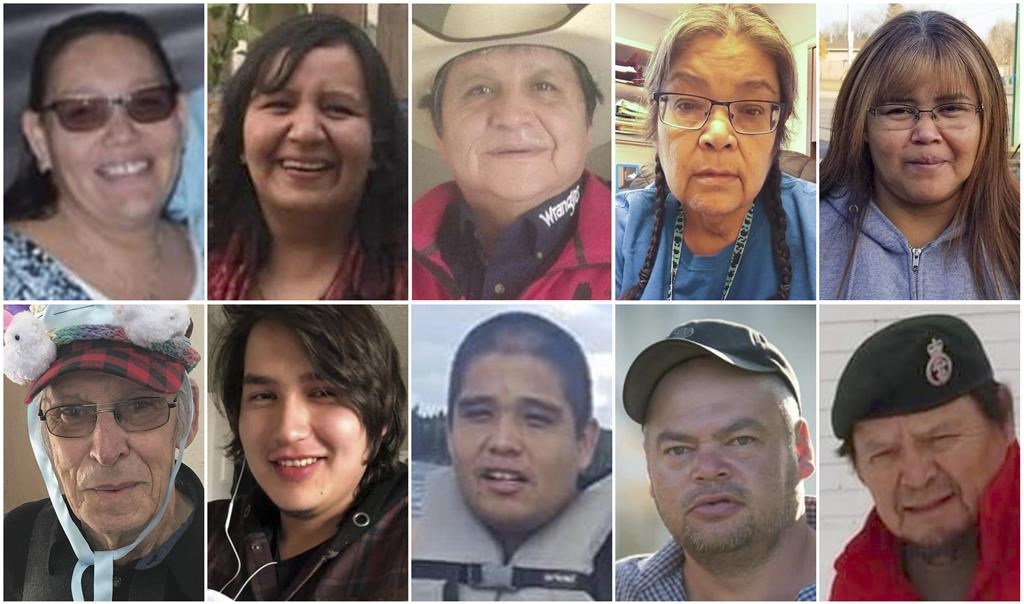 The family of a man stabbed to death in north Edmonton last week met with Mayor Amarjeet Sohi Monday afternoon.

At around 2:30 p.m. on Sept. 7, three people were stabbed in the area of Hermitage Road and Henry Avenue in the Homesteader neighbourhood.

Police said a man stabbed a woman at a bus stop and then went into a nearby wooded ravine before stabbing another woman in a tent. They said investigators believe the man then left and fatally stabbed 38-year-old Brian Berland multiple times.

Monday’s meeting lasted about 30 minutes and covered a range of topics, according to Berland’s brother-in-law Allen Frost.

“We just wanted to let (Mayor Sohi) know how we are doing,” he explained. “We are very grateful and overwhelmed with the support our neighbours and strangers have given us during our time of grief.”

Frost has set up a GoFundMe page to help with funeral costs.

Sohi said he is grieving with the family and is also searching for answers as to what more can be done to support them and the rest of the city.

“He was part of our community,” Sohi said of Berland. “He was born in Edmonton. He lived his life back and forth between here and Cold Lake.”

The motivation for the attacks is not clear, but police have said it appears the victims may have been attacked at random. Witnesses told Global News the attacker never said anything when approaching Berland. They said he just started stabbing him.

Both Frost and Sohi said they wonder if mental health or addictions issues may have played a role.

“I’m just hoping people can get the right help at the right time,” Frost said. “Mental health is a real issue and hopefully we can get more funding for programs to help people in need. That’s why we are here today.

“We just want to know why — what this individual was thinking.

“I’m sure we will be there for the court dates and we will (get more answers).”

Sohi has often said the province needs to provide more funding to help address issues that lead to addictions and homelessness.

“These were random attacks, but they are also indicative of the pain and trauma and the mental health issues our community is facing,” he said.

In a statement provided to Global News, the province said “Alberta’s government will continue working with the city to provide support for social services and public safety, however, it remains primarily the city’s responsibility to ensure safety on the streets of Edmonton.”

The province also outlined ways it is hoping to prevent violent crimes. The provincial government pointed to its work to support people who use drugs.

“Alberta’s government has taken significant steps to address the addiction crisis in Alberta, including in Edmonton specifically,” reads a statement from Joseph Dow, press secretary for the Minister of Justice and Solicitor General.

Dow outlined a number of steps such as building new recovery communities across the province, including a 100-bed facility just outside Edmonton, a new patient-matching tool called Recovery Access Alberta and services to reduce harm, such as the Digital Overdose Response System (DORS) app.