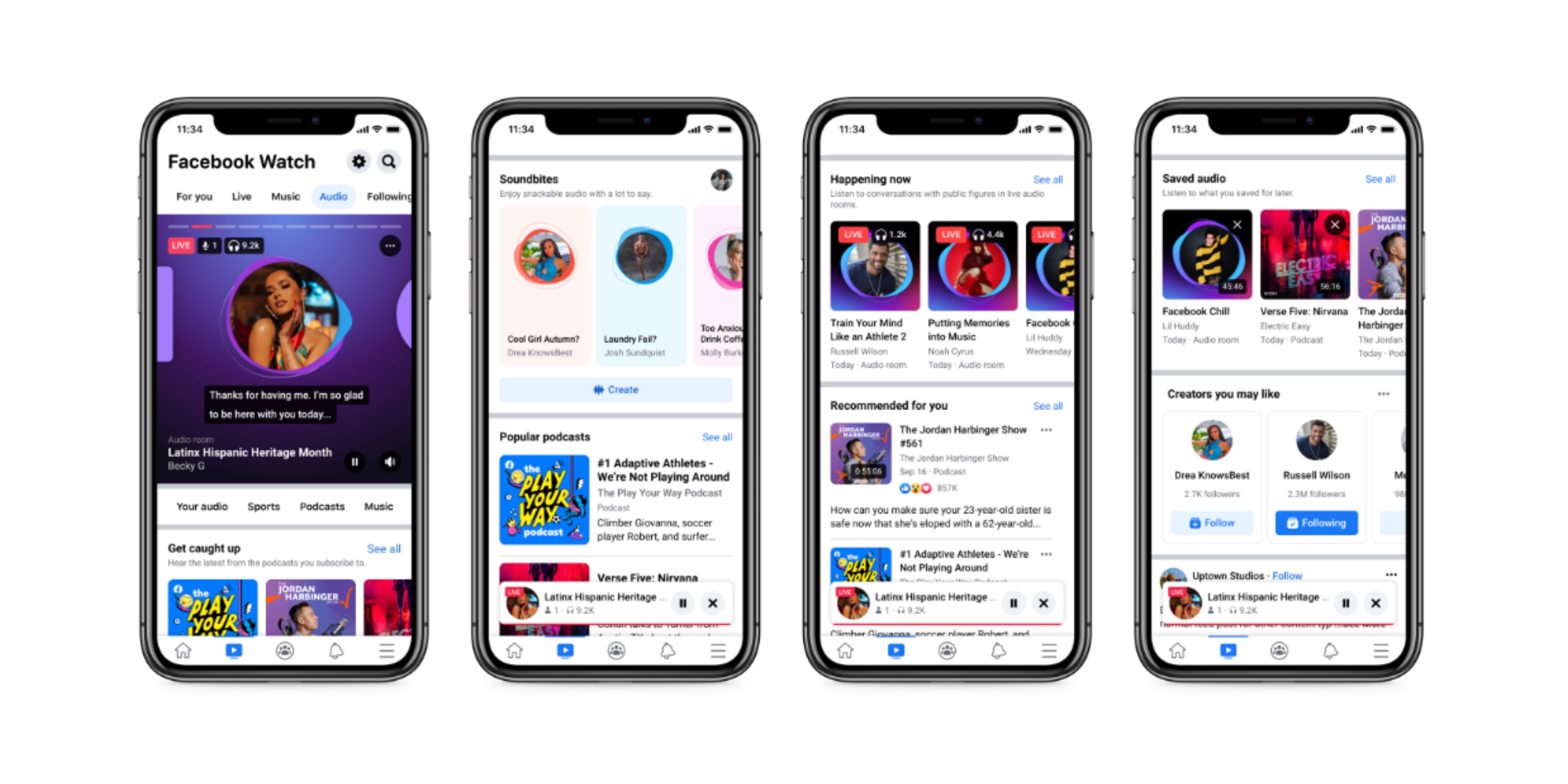 After announcing its plans for audio initiatives, Facebook is launching a new hub for its US audience with podcasts, live audio, and short-form clips on its Facebook Watch page.

As reported by TechCrunch, Facebook is gathering all the audio formats it supports with a new Audio tab. The company also says that it’s also making its Clubhouse rival, Live Audio Rooms, “more broadly available to global users, and is beginning to roll out a new product called Soundbits, a sort of TikTok for audio offering short audio clips.”

As of now, this new Audio tab is rolling out to all Facebook users in the US across iOS and Android devices. It can be accessed within the Watch section.

The company says the new destination will help creators to have their shows found, while Facebook users will be able to find audio content from favorite creators, discover new ones, and access content they had saved for later. At launch, the Audio section will feature the content from the creators you’re already following, and will include a set of personalized recommendations as well as suggestions of other audio that’s popular across Facebook.

After Clubhouse’s early success by the beginning of the year, other major players entered the live audio room market. Twitter has been praised for its Spaces feature and Facebook has promoted several new audio functions that are slowly launching.

The company is working on three main products: Soundbits, Podcasts, and Live audio.

Do you already have this new Audio tab? Are you using one of Facebook’s new audio features? Tell us in the comment section below.