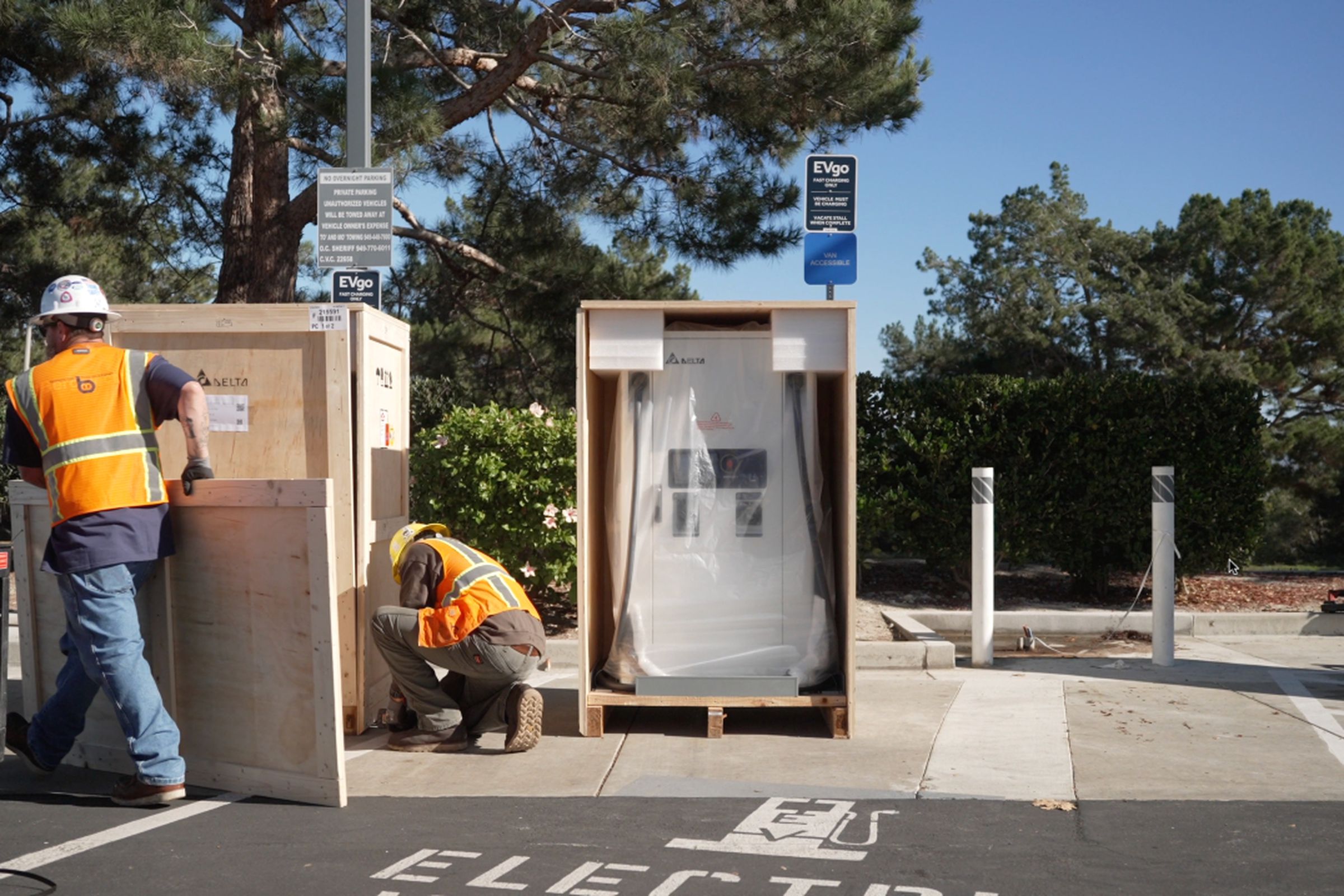 EVgo’s new ‘ReNew’ program sets up a plan to fix problematic stations and upgrade outdated ones.

When electric vehicle owners take longer trips, they often rely on nationwide fast charging providers like EVgo, Electrify America, and ChargePoint to reach their destinations. So it can be more than a minor inconvenience for EV drivers if they arrive at a station with problems like damaged cables, disconnected modems, or annoying error codes.

This year, EVgo is looking to leave behind broken and unreliable EV chargers with its ReNew program that bolsters site maintenance efforts across its more than 850 fast charging stations with 1,700 or so charging stalls. It’ll also upgrade older stations with new hardware that enables up to 350kW charging for capable vehicles like the GMC Hummer EV.

The backbone of the ReNew program is, essentially, an organized continuation of EVgo’s monitoring and maintenance of its own infrastructure — something it’s been actively working on throughout 2022. EVgo notes that during the first three quarters of last year, it had “upgraded, replaced, or removed 125 charging stalls.”

In August, EVgo COO Dennis Kish wrote in a company blog that more than 45 chargers had been upgraded or replaced since the beginning of 2022. Those efforts will continue this year, as Kish mentions in an announcement video that ReNew will roll out across “hundreds” of US stations: “We are going to be retiring or upgrading or replacing chargers that have aged in our network.”

EVgo says it has been leveraging data it collects from charging station diagnostics and insights from customers who use the network, app, and rate chargers on PlugShare. Stations can be analyzed for issues like lower usage, failed connections, and error code patterns. Based on alerts received, EVgo’s rapid response team can then either go fix problems or plan for an overhaul to replace legacy equipment.

As EVgo works on revamping the stations, it says customers will be in the know. “When we know a station will be replaced or upgraded, we notify customers in the area via email that we’re about to visit the site and their nearby charger will be offline while we work; we send another email when the station is back up and running,” EVgo’s chief commercial officer, Jonathan Levy, via an email to The Verge.

The new upkeeping program comes as EVgo works with automakers like GM to grow its network and enable more convenient charging sessions that can activate by just plugging in a compatible vehicle. And EVgo’s Plug and Charge service, Autocharge Plus, works with many of the latest EVs, now including compatible Tesla vehicles via an official CCS combo 1 adapter.

What really matters for EV drivers is that the charger just needs to work, and EVgo’s new program could help relieve some anxiety stemming from the inadequacies of charging networks. Time will tell if the ReNew program measurably improves customer experience throughout 2023 — the company had ranked third behind ChargePoint and Electrify America in customer satisfaction for fast chargers last year, according to a JD Power survey.