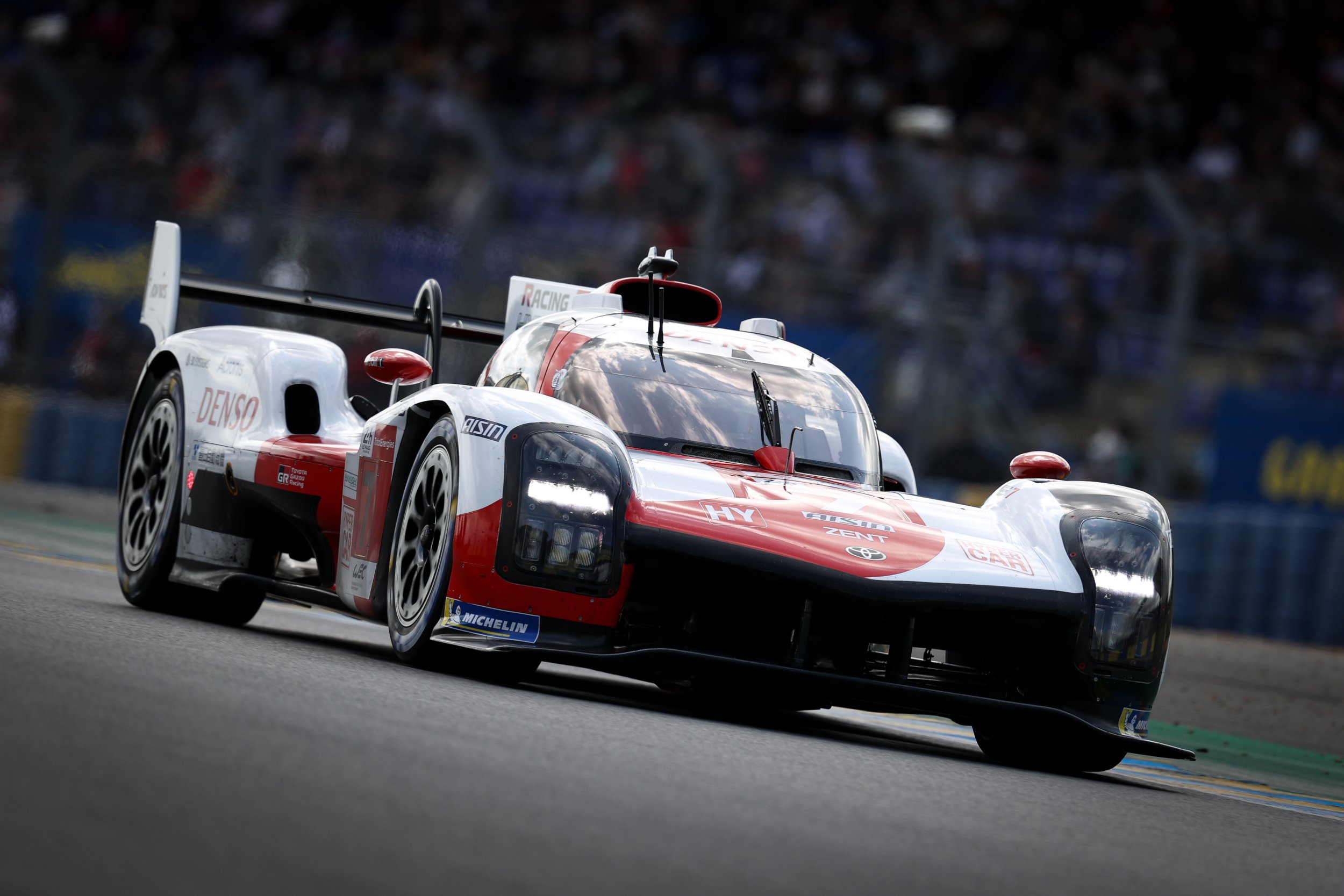 Toyota’s hybrid hypercar took the spoils at the 2021 Le Mans 24-Hour race but this weekend sees the start of another marathon and this time it’s virtual.

Two years shy of its centenary, the 24 Heures du Mans has always been the greatest endurance challenge in world motorsport, as well as one of the most dangerous races in existence.

It has taken the lives of 22 drivers, while 83 spectators were killed in a single crash in 1955. The machinery may have got stronger year on year but the dramatic closing speeds havealso increased.

The virtual event was prompted by the postponement of the 2020 real-life Le Mans race due to Covid but its popularity has seen it continue as a winter series. This year, the race has grown to become a digital endurance championship.

The opening events will be held purely online, while the climax gets the drivers together in the same room.

What cars are involved?

Thirty-eight cars will compete across the LMP2 and LMGTE categories. The former uses the uncompromising Oreca 07 ‘prototype’ race car, while GTE utilises supercars that have road-going equivalents.

In this, drivers will race one of five machines — the Aston Martin Vantage, BMW M8, Chevrolet Corvette C8, Ferrari 488 and Porsche 911 RSR. Very cool, even in pixel form.

The competing 177 drivers will comprise a 60-40 mix of professional sim racers and Tarmac kings — the latter of which include F1 veterans Jenson Button, Bruno Senna and Stoffel Vandoorne, plus up-and-comers from Formulas 2 and 3, the FIA World Endurance Championship (WEC), Formula E, W Series, IndyCar and Extreme E.

BMW, Ferrari and Porsche will be represented by their own official esports teams, together with Red Bull Racing and a handful of other real-life teams, as well as a raft of sim racing outfits that’ll be well known to e-racers.

Teams from 12 nations will compete. Rebellion Williams will be out to defend their title from last year’s inaugural competition, which was watched by a global TV audience of 14.2 million.

The ultimate gaming rig: Take on the champions of endurance racing

Samsung’s 49in CHG90 Curved Gaming Monitor has a 144hz refresh rate, High Dynamic Range and a 32:9 aspect ratio so you can see how much rubber’s left on the tyres in front.

In the driving seat

Playseat Pro Formula’s Mercedes AMG F1 seat is comfortable for hours, plus its ForceLock system means you can get very animated without danger of breaking it.

Fanatec’s Bentley GT3 wheel was built for use on a real-world Continental GT race car. It has a 3.4in display for telemetry, forged carbon bezel and magnetic paddles.

When is the winner announced?

This twice-round-the-clock showdown will not physically take place in France. Instead, the champagne will be sprayed at a special televised event during the Autosport International Show (ASI) at Birmingham’s NEC on January 15-16.

The rules for fuel, tyres and driver swaps are just like the real thing. The prize pot is one of the biggest ever seen in esports: £183,000. Rightfully, that’s supercar money.

How can I watch it?

Round one of the Le Mans Virtual Series, the Four Hours of Monza, takes place online tomorrow from 12.30pm, with qualifying tonight at 6pm.

Alongside this, amateur racers with the sim game rFactor 2 (Studio 397, £23.39) can compete in the Le Mans Virtual Cup to earn a place on the grid for the grand finale at ASI, Birmingham.

You might have noticed that fuel stations have started selling a new type of petrol called E10 and wondered what it is.

In short, it’s the new ‘standard’ petrol at all pumps. The new E10 petrol contains 10% ethanol, whereas the E5 petrol it replaces contains — you guessed it — 5%.

The switch has been made to make our petrol more environmentally friendly and, according to government figures, it could reduce total CO2 emissions from cars by up to 2%.

Most petrol-powered cars in the UK can use E10, including all those sold new since 2011 and many made after 2000. You can check whether your car can use E10 here: gov.uk/check-vehicle-e10-petrol.

If your car can’t use E10, you can still top up using premium petrol (the slightly more expensive petrol at fuel stations) since this will continue to be E5 fuel.


MORE : We want flying cars! Children tell Ford what to build next


MORE : Transportation tech from the future: What we could be driving one day