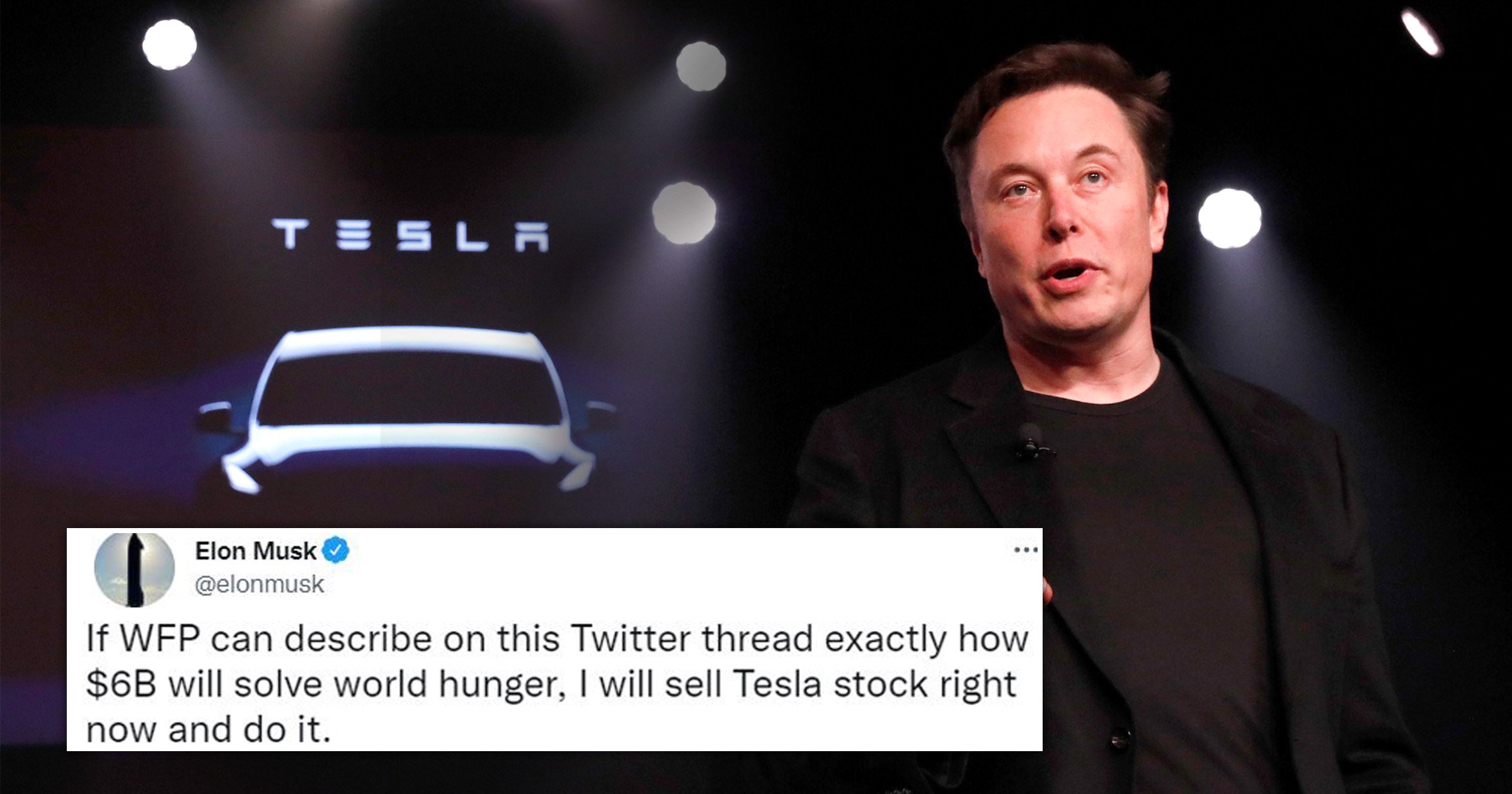 Elon Musk says he will sell Tesla stock immediately if the United Nations can prove that $6billion would solve world hunger.

The Tesla and SpaceX CEO made his remarks in an interview that UN World Food Programme (WFP) director David Beasley had with CNN, in which he challenged the ultra-wealthy to ‘step up now, on a one-time basis’ to help solve world hunger.

Beasley challenged Musk and Amazon founder Jeff Bezos specifically, saying during the interview last week: ‘$6billion to help 42million people that are literally going to die if we don’t reach them. It’s not complicated.’

That amount would equal roughly 2% of Musk’s net wealth.

Musk took to Twitter on Sunday to respond to the challenge, saying, ‘If WFP can describe on this Twitter thread exactly how $6billion will solve world hunger, I will sell Tesla stock right now and do it.’

‘But it must be open source accounting, so the public sees precisely how the money is spent,’ Musk added.

Beasley replied to Musk’s post to Twitter, promising the WFP has the systems in place for transparency and open source accounting.

His interview with CNN follows a tweet he wrote last month, calling on Musk and Bezos to aid in the world hunger issue.

According to the WFP director, if the world’s top 400 billionaires chipped in, it would take just .36% of their total net worth to prevent famine, an issue affecting 43 nations globally.

‘This is just heartbreaking,’ Beasley said on CNN. ‘I am not asking them to do this every day, every week, every year. We have a one time crisis, a perfect storm, on conflate climate change and Covid. It’s a one time phenomenon.’

As of Monday, Musk had a net worth of $311billion, according to Bloomberg’s Billionaire Index, making him the richest man in the world.

Beasley tweeted again at Musk asking for his help on Monday.

‘Instead of tweets, allow me to show you. We can meet anywhere – Earth or space – but I suggest in the field where you can see (World Food Programme)’s people, processes and yes, technology, at work,’ Beasley said.

‘I will bring the plan, and open books.’