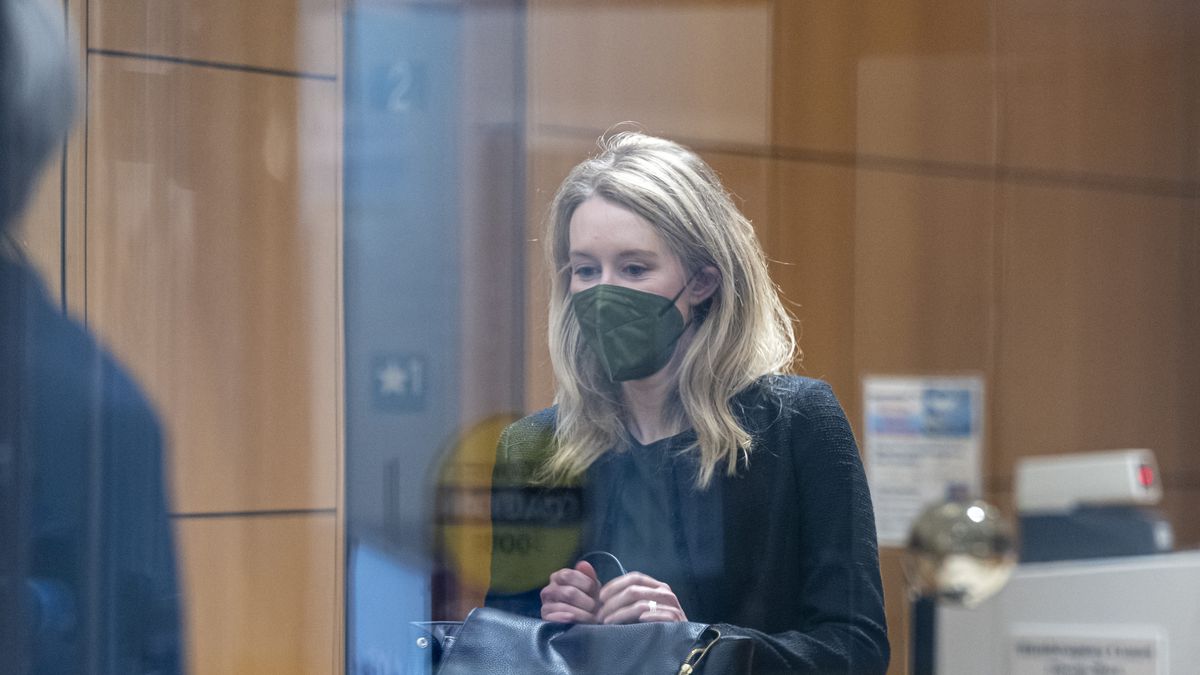 Here’s the thing about prostate-specific antigen: you do not expect to find it in blood test results for most women, because most women don’t have prostates. So when Theranos’ former lab director, Kingshuk Das, found that Theranos’ devices kept reporting that women had detectable PSA levels, he assumed that meant there was something wrong with the devices.

Theranos CEO Elizabeth Holmes had an “alternative explanation,” he said. It was that these women had a rare kind of breast cancer. That explanation “seemed implausible,” he testified today in US v. Elizabeth Holmes. Das was one of a parade of experts we’ve heard from in this trial, who it seems were hired primarily to be ignored.

The central question of the trial, as framed by Holmes’ defense, was whether Holmes knew she was misleading people or whether she was simply a naif who somehow accidentally showed investors documents with Pfizer and Schering-Plough logos on them, despite being written by Theranos staff. The question of state of mind is crucial: did she have the intent to deceive?

By the time Das had been brought aboard as lab director, several other lab directors had become uncomfortable with Theranos and quit, most notably Adam Rosendorff, who was a major source for John Carreyrou’s 2015 exposé about the company after being sidelined by Holmes.

In fact, testifying before Das this morning was Lynette Sawyer, a temporary co-lab director who never went to the physical lab and whose job seems to have been signing documents in Docusign. Her co-lab director, who was also a dermatologist for Holmes’ co-defendant Sunny Balwani, had testified he didn’t know she was signing documents at the time. (Balwani is being tried separately.) Sawyer did not want to stay on after her six-month contract ended because she was “uncomfortable” with Thearnos’ lab procedures, she said.

During testimony this morning, Sawyer also told the court that she did not know what a Nanotainer was. (A Nanotainer was Theranos’ proprietary technology for storing fingerstick samples.) She also did not know that Theranos had modified third-party devices to run fingerstick samples. And Theranos apparently botched her paperwork; after she left, she had to send over a certificate necessary to show she could serve as a lab director, which Theranos would have to produce for an audit.

Both lab directors’ testimony suggested a clownshoes operation, but Sawyer didn’t have direct contact with Holmes. Das sure did, though. One strategy the defense has employed throughout the trial is to suggest that Holmes leaned heavily on Balwani, her co-defendant, and any possible fraud must have originated with him, not her. But Balwani left Theranos shortly after Das joined. He dealt only with Holmes.

After Das joined the company, he received a stern letter from the lab’s regulator, the Center for Medicare and Medicaid Services, saying the lab was deficient and enclosing a 121-page report on all the problems. Dealing with the lab’s deficiencies was “nearly the sole responsibility I had,” Das testified.

He reported to Holmes. He consulted with her frequently while trying to fix the lab. He even flew to Washington, DC with her to meet with CMS regulators.

Throughout his testimony, Das painted a portrait of a woman who willfully refused to believe there was anything wrong with the Theranos devices themselves. Besides the weird thing about rare breast cancers, Holmes also didn’t agree with Das’ assessment that “these instruments were not performing from the very beginning.” Das came to this conclusion after extensively reviewing Edison data.

But Holmes tried to blame quality-control problems, not the machines themselves.

To respond to CMS, Das voided years’ worth of patient results on the Theranos devices, sending results to patients and doctors that said the test result essentially wasn’t real. “I found these instruments to be unsuitable for clinical use,” he said. After going through a great deal of documentation from CMS about the various Edison failures — which underscored earlier testimony from Rosendorff about Edison’s problems — the prosecution turned the witness over to the defense.

Now, a great many people were hired to fix the Theranos lab conditions, Das testified when he was cross-examined. Those people were serious and diligent, and they worked hard, and he was the “quarterback,” in the terminology of Holmes’ lawyer Lance Wade, of that team. But if Holmes could not accept multiple lab directors telling her the Theranos machines didn’t work, I’m not sure it mattered how many experts were brought in to try to fix the lab.