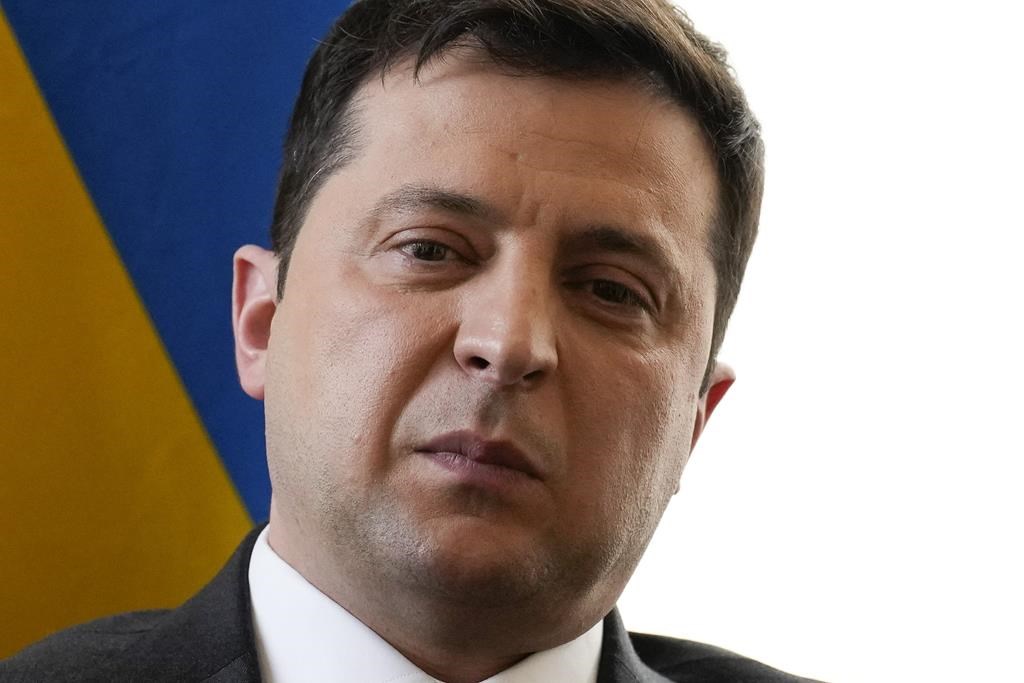 On a snowy and cold day in Edmonton, Kristopher Wells and Michael Phair stood together holding maps they helped create. The maps are for the Edmonton Queer History Project‘s walking tour downtown, and the first stop is Michael Phair Park.

Wells commented to Phair just how important he is to the community, and how special it is the downtown park honours him. Phair is humble and said it was a group effort to get here today.

“We are an important part of the city. We’re recognized in that, we’re welcomed — that’s part of our history now,” Phair said.

Phair remembers the S.S. Pisces gay bathhouse raid in 1981. Police arrested more than 60 gay and bisexual men. He remembers what the first Pride parades looked like, as well as the devastating time when the first detected Edmonton case of HIV/AIDS was confirmed in 1984.

“When in ’84 the first individual with HIV was identified in Edmonton, it was in fact members of the gay and lesbian community — which I was a part of at that time — who put together what became the AIDS network and it was a group from our community that really worked to assists folks,” Phair said.

“The advent of HIV/AIDS was a horrible time personally, and for everyone else who was involved. Everyone that was impacted died within two years without exceptions.”

The walking tour map has 27 spots. Among the stops are GATE, the first major LGBTQ2+ organization to help grow and support the community; the Roost, one of the longest-running queer spaces; and Centennial Plaza, where the Edmonton Pride Festival was first held. In the early days, it was small and people marched with bags over their heads — not like how the event is held today.

The tour is meant to give people an idea of the adversity the queer community went through to gain acceptance — but it’s only one element of the Edmonton Queer History Project. A new website has been launched that lays out this history on a Pride timeline. There is also a podcast called From Here to Queer that dives into the issues.

“It really is great quality work… I think it will speak to people for generations.”

Phair stressed there is still work to be done for future generations.

“There’s discrimination, but it’s not supposed to happen now, and there’s laws against it,” he said.

“There’s more work that needs to be done… we did it in the past and you need to do it in the future as well.”

Wells was part of the team behind the walking tour and website. He is an associate professor at MacEwan University and a Canada research chair for the public understanding of gender minority youth. He said this project would have made a world of difference for him growing up.

Wells said being gay in the 80s and 90s was a dangerous time.

“I remember in the mid-90s going to the Roost, the gay bar,” he said. “I learned some powerful lessons: you parked your car far away from the front door, and then you raced to the front door before someone would grab you and beat you up. And you learned the lesson never to leave the club on your own — you always travel in a pack.

“Despite that danger, and what was more important to you to be willing to take that risk was to be able to find community.”

Wells said he wants young people to take pride in their identities and to learn about the generations that come before them.

“We want to inspire them to keep the work going moving forward.”

Wells said the project is going to be constantly taking in people’s stories.

“We hope this inspires others to come forward,” Phair said. “Empty your closets — we want your old photographs, your newspaper clippings, we want to hear your stories.

“We’ve just started with 27 locations in the downtown, but we know queer history happens everywhere.”

There will be a public launch event at Michael Phair Park on March 8 at 10 a.m. After speeches, there will be a guided walking tour with Phair and Darrin Hagen.

Join us for the official #EQHP Launch Event & guided walking tour. Everyone is welcome! 🏳️‍🌈