Edmontonians rally at University of Alberta to show support for Ukraine 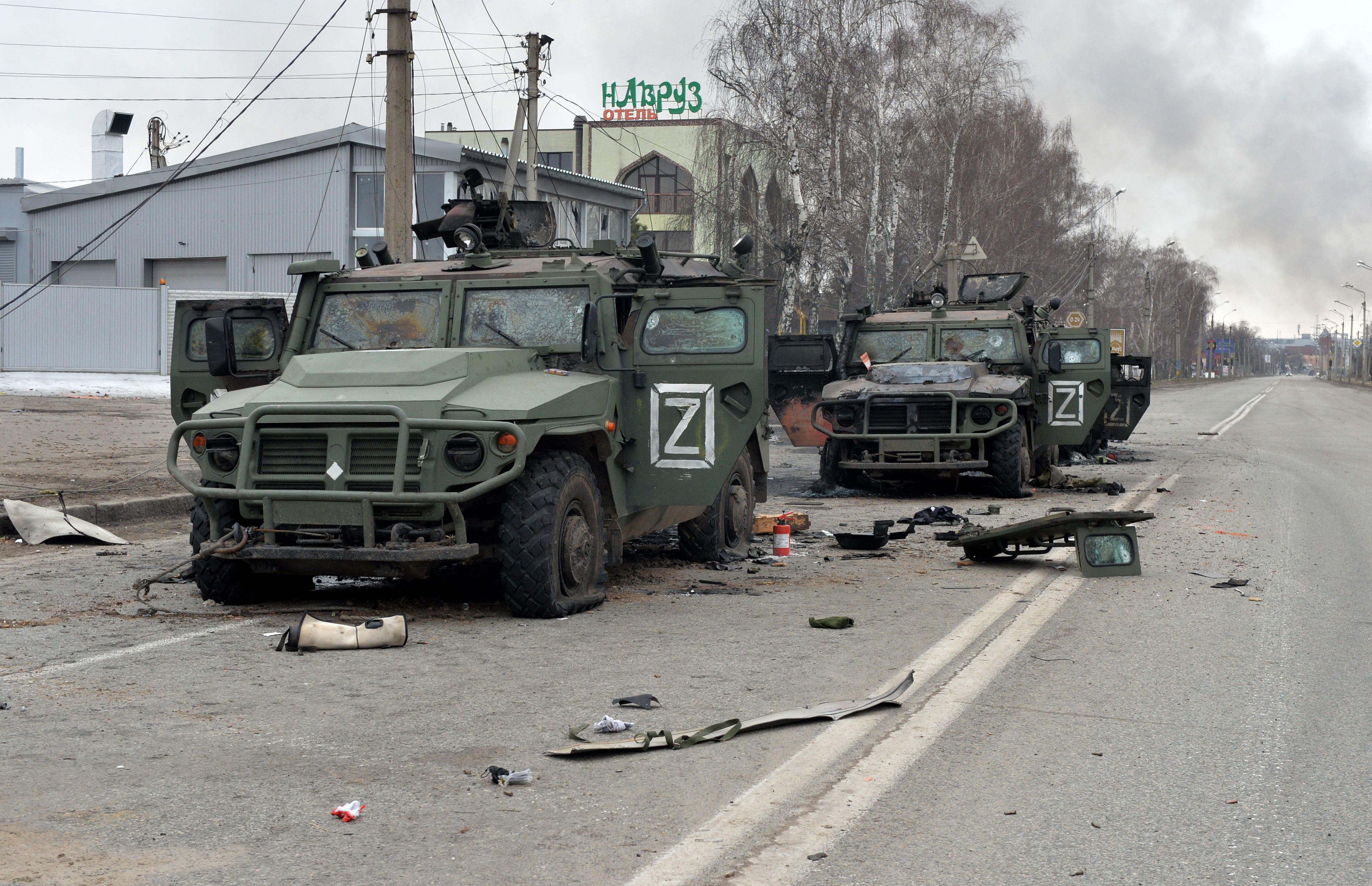 For students and staff at the University of Alberta, the focus is usually on classes, but on Monday many minds were focused on the war in Ukraine.

Ukrainians in Edmonton gather at local churches, praying for peace as Russian invasion takes its toll

About 200 people gathered at the university in Edmonton, holding signs and Ukrainian flags to show support.

Rally organizer Natalie Hans, who is also the president of the Ukrainian Students’ Society, has family in Ukraine.

“Those of us with family and friends in Ukraine, we have no more words for what we feel,” Hans said.

“We are beyond the point of exhaustion, pain, frustration, repulsion and heartbreak.”

The rally lasted about half an hour, but it was long enough to make a difference for so many who are struggling with seeing what is happening.

“The rally is first and foremost to identify Ukrainian people, to show we stand with Ukraine,” Hans told reporters. “It just shows that everyone understands what’s going on with the war that Russia has initiated with Ukraine, their further invasion day by day.

“All the support is appreciated.”

Alla Nedashkivska, chair of the university’s modern languages and cultural studies department, said no one is doing well and the people of Ukraine are not OK.

She has been keeping in touch with family multiple times a day.

“My family is in western Ukraine,” Nedashkivska said. “They are trying to assist the refugees from east and south. They are setting up shelters, collecting food — and all needed items.

“Ukrainian people are battling for their lives. Children are being killed. I was watching the news this morning and it was very disturbing.”

Why you should say ‘Ukraine’ not ‘the Ukraine’

During her Ukrainian language class, Nedashkivska said the session turned into an opportunity for students to comfort each other. She said rallies like the one on Monday are vital.

“We need to educate the entire world on who is the aggressor and who is the victim here.”

Russian church in Calgary targeted by vandals amid Russia-Ukraine conflict

Pollo is a Russian citizen now studying at the U of A who felt compelled to come to the rally to show his support. Global News has agreed not to use his last name because he fears his safety could be jeopardized if he returns to Russia, or that his family could be a target for retaliation.

“I think that what my country is doing is really shameful and it’s just insane,” he said. “It would be way more dangerous for me to show this support in Russia, because the second you show something like this, you risk being detained.

“I am privileged. I am in safety right now. It’s very different for those in Ukraine.”

For everyone who came out, half a world away, right now is about strength in numbers. Hans said if people can help financially, there are several ways to show support that make a difference.

“Even things like just making sure you’re paying attention to reputable news sources, preventing the spread of misinformation, attending rallies like this,” Hans said.