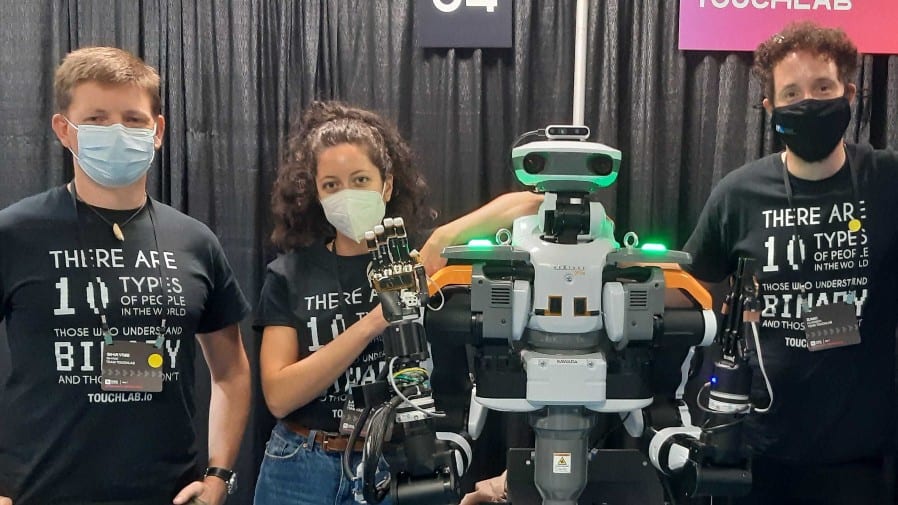 XPRIZE is the global leader in designing and operating incentive competitions to solve humanity’s grand challenges. It recently announced that 15 teams from 8 countries are advancing to the finals of the $10 million ANA Avatar XPRIZE competition.

Touchlab is one of the finalists

Touchlab, an Edinburgh startup, has reached the $10 million ANA Avatar XPrize Finals as one of only 15 teams from all over the world. As the competition intends to transport human presence to a remote location in real-time, this direction has led to the development of Touchlab’s full-body tactile Telebrobot, where an operator can hear, see and touch the environment of the robot from hundreds of kilometres away.

The 15 Finalist teams will equally share a milestone prize purse of $2 million and move on to finals resting in fall 2022. The teams will compete to win a share of the $8 million finals prize purse, with the grand prize winners receiving $5 million, the second and third place getting $2 million and $1 million.

The grand, second and third place prizes will be awarded in Fall 2022 after finals testing is completed. The performance tests will be evaluated based on specific tasks that showcase the application of the avatar technologies across numerous use case scenarios. The winning team will integrate multiple emerging technologies to develop a physical, nonautonomous avatar system, which its operator can see, hear and interact within a remote environment in a manner that feels as if they are truly there.

“The possibility of living in a world where individuals can provide aid during a crisis in a different country without ever leaving the comfort of their homes is closer than ever,” said Anousheh Ansari, CEO of XPRIZE. “While it’s been difficult this year to predict what the future will bring for the evolving health landscape, these avatar solutions will solve real world problems and can bring people together in more ways than ever before. We’re looking forward to supporting these incredible Finalist teams competing in the ANA Avatar XPRIZE and their technology into the future.”

Through the use of VR, Motion Tracking and Touchlab’s own e-skin technology, an operator can hear, see, and feel the Telerobot’s environment. This technology can be used in hospitals to prevent healthcare-acquired infections. Notably, a pilot of the project has been scheduled for next year, wherein the robot will be working around patients, whilst operated from an external location, nuclear decommissioning, and even in the emerging space economy. Touchlab’s Telerobot offers full immersion in a given environment, allowing for the completion of tasks that have traditionally required a human presence.

Mass-market military drones have changed the way wars are fought

Mass-market military drones are one of MIT Technology Review’s 10 Breakthrough Technologies of 2023. Explore the rest of the list here. When...
Read more