Home Tech News DC will give away free superhero NFTs to people who register for...
Tech News 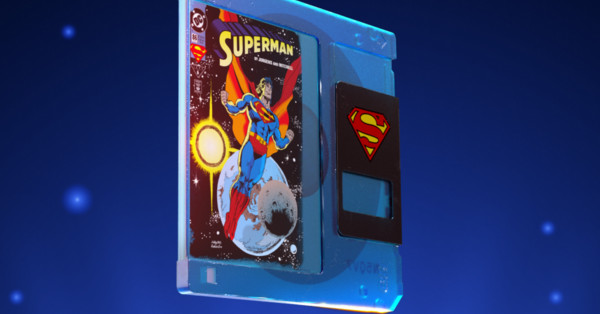 DC is giving away free non-fungible tokens (NFTs) of its superhero comic book covers to people who register for its October 16th FanDome event. The NFT drop— the first for DC— is set for October 5th, and those who register for FanDome will receive one free, randomly-selected NFT, and become eligible for a second free NFT if they post about their first one on social media.

The NFTs will come in three levels of rarity; common, rare, and legendary, and will include Batman, Superman, Green Lantern, Wonder Woman, and Harley Quinn options.

NFTs allow you to buy and sell ownership of unique digital items and keep track of who owns them using the blockchain. NFT stands for “non-fungible token,” and it can technically contain anything digital, including drawings, animated GIFs, songs, or items in video games. An NFT can either be one-of-a-kind, like a real-life painting, or one copy of many, like trading cards, but the blockchain keeps track of who has ownership of the file.

NFTs have been making headlines lately, some selling for millions of dollars, with high-profile memes like Nyan Cat and the “deal with it” sunglasses being put up for auction. There’s also a lot of discussion about the massive electricity use and environmental impacts of NFTs. If you (understandably) still have questions, you can read through our NFT FAQ.

DC is working on the NFTs with Palm NFT Studio, which the comic maker chose for its “environmentally sustainable and energy efficient” technology, which let the company mint “millions of NFTs for fans with near zero cost,” according to a news release. The companies aren’t saying how many comic-book cover NFTs are planned. “This drop pays homage to our 87 year history while visualizing a future in which NFTs play a foundational role in novel ways of interacting with DC content and unlocking new experiences,” DC’s Jim Lee said in a statement.

This year’s lineup is expected to include a new trailer for The Batman, as well as previews of upcoming movies Black Adam, The Flash, and Aquaman and the Lost Kingdom, new details about the next seasons for its shows Harley Quinn, Batwoman, Superman & Lois, and Sweet Tooth, and the next chapter of the Fortnite — Batman crossover.