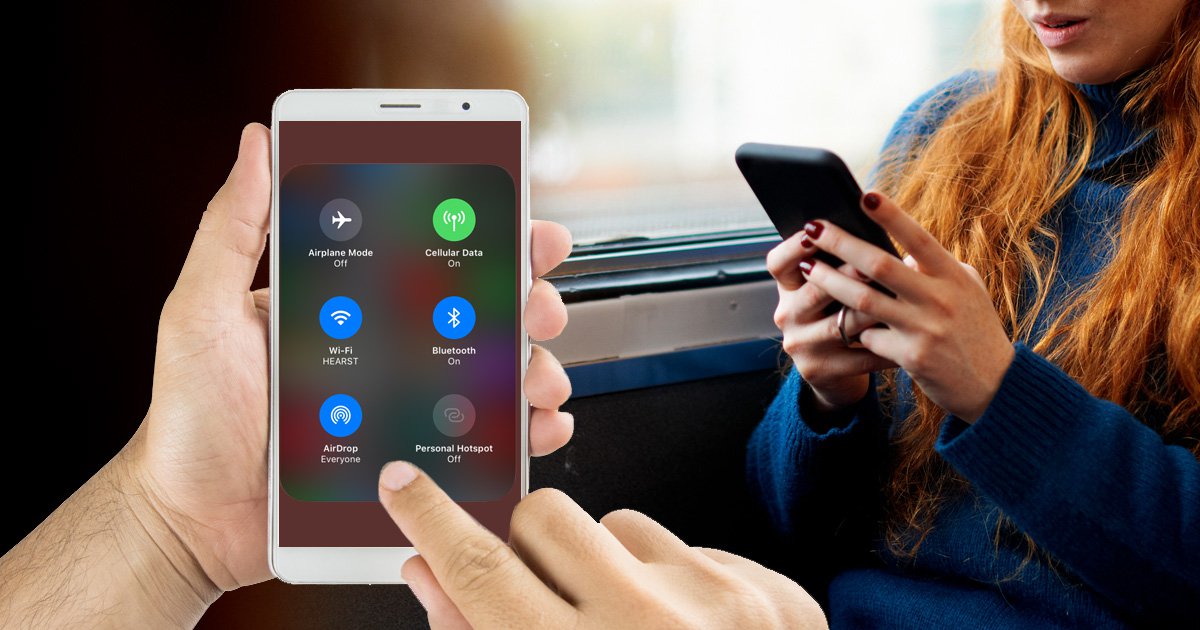 Despite the harm and offence it causes, the act of cyberflashing isn’t yet illegal in the UK.

Cyberflashing is when a person is sent an unsolicited sexual image on their device by a stranger nearby through AirDrop, a file-sharing tool available on iPhones.

Victims – often targeted on trains due to the technology’s short range – said it caused them to feel fearful on public transport.

And now the dating app Bumble is launching a campaign to try and fight it.

The campaign, called #DigitalFlashingIsFlashing pushing for the criminalisation of cyberflashing in the UK.

‘Cyberflashing is a pervasive problem, experienced disproportionately by women. Research from data analytics firm YouGov shows that four in 10 millennial women (41%) have been sent an unsolicited photo of a man’s genitals (dick pics, colloquially) without consent,’ the company wrote in a blog post.

‘Bumble’s own research suggests this figure could be even higher, with nearly half (48%) of those aged 18 to 24 receiving a sexual photo they didn’t ask for in the last year alone.’

‘We’ll be working alongside politicians, organisations, and members of the public—including you, our Bumble community—to call on the U.K. Government to enact a law that makes the unsolicited sending of nude images illegal. If flashing wouldn’t fly on the street—or at the office, or in the classroom—it shouldn’t be tolerated in your inbox.’

The company says it will be organising cross-party Parliamentary consultations alongside UN Women (the United Nations’ gender equality arm) to encourage support from MPs.

The popular app, which boasts over 40 million users, will also be working with organisations that have been advocating for cyberflashing to be made illegal for years.

Whitney Wolfe Herd, Founder and CEO of Bumble said: ‘Now more than ever, we spend a considerable amount of our lives online and yet we have fallen short of protecting women in online spaces.

‘Cyberflashing is a relentless, everyday form of harassment that causes victims, predominantly women, to feel distressed, violated, and vulnerable on the internet as a whole. It’s shocking that in this day and age we don’t have laws that hold people to account for this.’

Claire Barnett, Executive Director of UN Women UK added: ‘Cyberflashing is a pervasive issue that, like other forms of sexual harassment, disproportionately targets and impacts women and girls.

‘As we build back post-pandemic, we have a unique opportunity to reconsider how we use and interact in public spaces – both online and offline. Digital spaces will only become a greater part of our daily lives, so for the sake of future generations it’s crucial that we get this right now, with preventative, education-driven solutions to online violence.’

Calls for cyberflashing to become a criminal offence in England and Wales is nothing new.

Earlier this year, the Law Commission (the statutory independent body that makes sure English and Welsh law is fair and up to date) also published a report detailing the harm caused by cyberflashing and calling for it to be made illegal.